Germany’s economy is slowing, but not (yet) because of VW 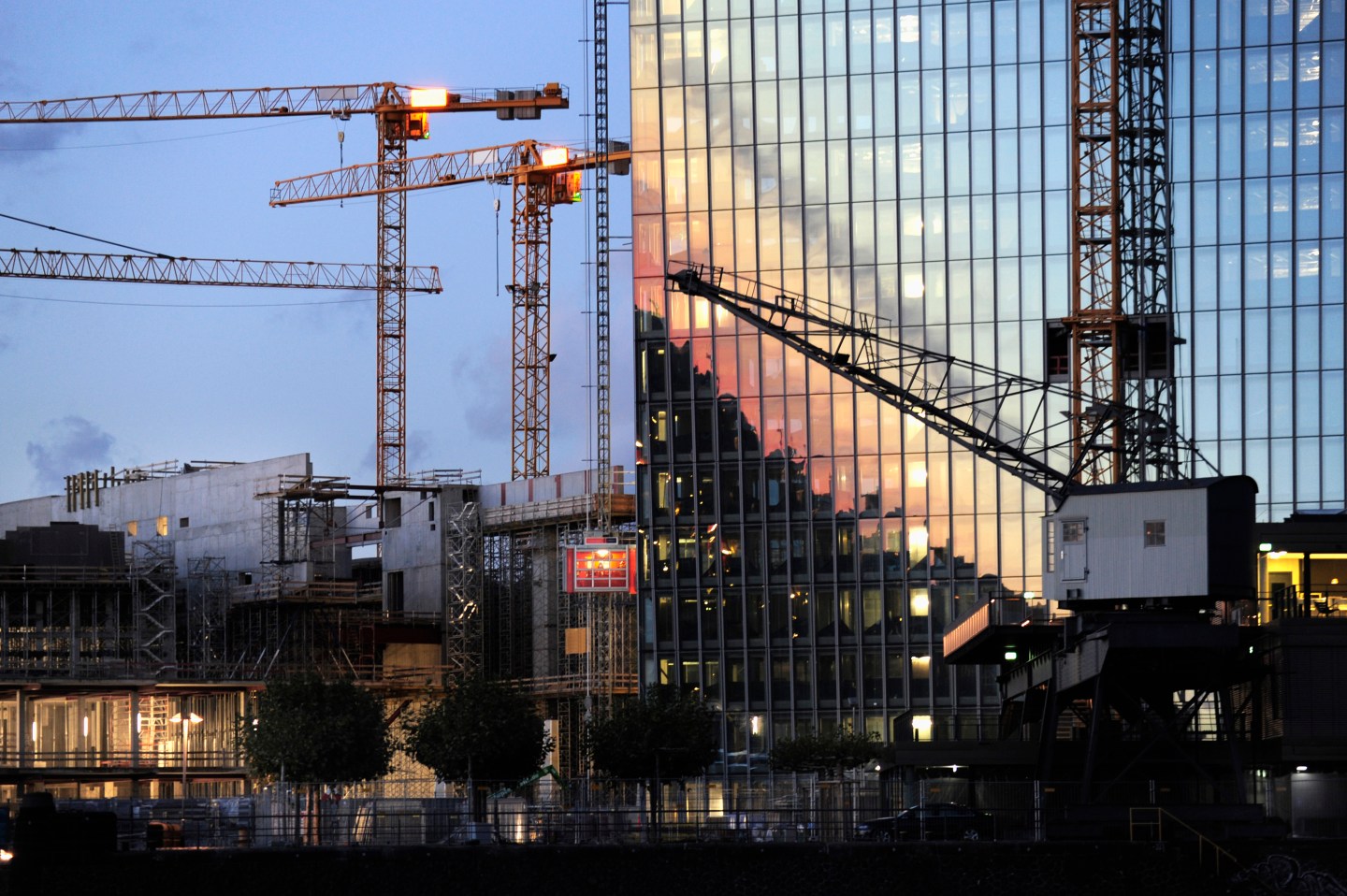 Cranes at the bank under construction, Bank on the site of the former central market hall, Frankfurt am Main, Hesse, Germany
Photograph by Getty Images/LOOK

Two of Europe’s healthier economies sputtered at the end of summer, as the shockwaves from China’s slowdown and market volatility made themselves felt halfway around the world.

New data out Friday showed industrial production in Germany and the U.K. both slowed in September, albeit for different reasons.

In Germany, the Economy Ministry said output fell a seasonally-adjusted 1.1%: the key manufacturing sector showing an alarming 1.4% drop, while output in the previously strong construction sector shrank by 0.9%. That means that the engine of the Eurozone economy posted a 0.3% drop in output over the quarter as a whole, a bad omen for next week’s third-quarter gross domestic product figures.

The figures come after a similar disappointment Thursday with incoming orders to German industry in September, something that suggests the weak spell is set to continue.

Carsten Brzeski, an economist with the bank ING-Diba in Frankfurt, said the data suggest that the problem may be that low oil prices (generally thought to be a boon to net importers in Europe) could actually be too low.

German industry depends to a great extent on exports, and low oil prices (which are ultimately only one element of the broader slowdown in China and other emerging economies) mean that there is less money in the affected economies to spend on German goods.

One thing not responsible for the slowdown is the scandal over Volkswagen’s diesel emissions. Having only broken in late September, the news has not yet had time to feed through into hard economic data.

Somewhat more surprisingly, the VW scandal has failed to have much of an impact on more up-to-the-minute surveys of business confidence either. The closely-watched Ifo survey in October dipped only slightly, and the forward-looking ‘business expectations’ component rose on hopes that the emerging market slowdown had largely run its course.

New car registrations, indeed, rose 1.1% on the year in October, the first full month to be dominated by the VW scandal. VW’s sales slipped by 0.7% from a year earlier, but sales of both Porsche and Audi, the group’s two highest-margin brands, both rose.

In the U.K., meanwhile, industrial output fell 0.2% in September, largely due to the oil and gas sector, which has taken a battering from the collapse in oil prices over the last year.

The North Sea is, in the context of the global oil market, a relatively high-cost source of production, and companies have cut back heavily in an effort to stay profitable this year.