Why BAE Could Lead the Next Commercial Space Launch Revolution 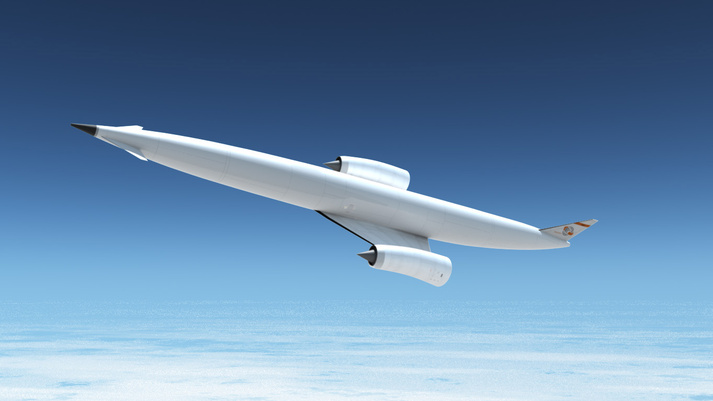 But BAE Systems (BAESY), Europe’s largest defense contractor and a legacy aerospace company through and through, is betting $30 million on technology that could disrupt those disruptors.

BAE has taken a 20% stake in Reaction Engines, a small British technology company whose conceptual SABRE engine technology could drive the next revolution in aerial propulsion, company executives say. If it works, the hybrid jet/rocket engine could launch an aircraft from a traditional runway, power it all the way to orbit at more than 20 times the speed of sound, and bring it back for a conventional runway landing—all under its own power.

Such a reusable spaceplane could trim the cost of launching satellites and other cargo to space by an estimated 90% and lay the groundwork for passenger aircraft that could reach any point on the planet within four hours. BAE executives are confident that the company’s acumen for managing complex aerospace R&D programs can take Reaction’s technology from concept to prototype to the sky by the middle of the next decade.

“When you look around at other concepts for reusable spaceplanes they rely on multiple kinds of propulsion—rockets, jet engines, ramjets,” Mark Thomas, managing director of Reaction Engines, says. “What we’ve achieved here is a combination of all of those best elements in a single propulsion system. So I think we’re well ahead of the game here—I’ve not seen anything that’s a direct competitor.”

As designed, the SABRE engine would power an aircraft up to Mach 5—that’s five times the speed of sound, or more than 3,800 miles per hour—like a conventional air-breathing jet engine. The engine would then transition to rocket power to propel the aircraft to space. On its return journey the aircraft could then transition back to jet power and land like a traditional jetliner on a conventional runway. The same engine could then be used again and again, dispensing with the waste of expendable rocket stages—even the expense of refurbishing reusable rocket stages like those envisioned by SpaceX.

The ideas underpinning Reaction’s Synergetic Air-Breathing Rocket Engine, or SABRE, were first developed more than three decades ago. But some fundamental technology hurdles—chief among them how to move enough heat out of the engine so that it won’t burn itself up—have kept the concept on paper up to this point. Among the critical technology breakthroughs Reaction engineers claim is a heat exchanger that can cool incoming air as hot as 1,800 degrees Fahrenheit to subzero temperatures in a fraction of a second, allowing the engine to function at higher speeds than traditional air-breathing jet engines.

“This could fundamentally change the way aerospace works,” says Chris Allam, engineering director for BAE’s aerospace business. If the technology works as designed, he says, it could spawn a new breed of aircraft engines capable of much higher speeds and performance.

And for BAE, it offers a critical toehold in the growing space access market. While BAE’s North American arm does a fair amount of business in satellite components and the like, the company has no significant presence in the commercial space launch industry. “It’s a market we’re interested in but we were looking for a different way of doing it,” Allam says. “We were looking for a breakthrough or something new as opposed to just joining everybody else.”

If BAE can help Reaction’s engineers make SABRE fly, it may prove to be the revolutionary propulsion breakthrough the company is looking for. Critically, the $32 million raised from BAE will also unlock an additional $90 million in grants from the UK government for research and development. As part of the deal, BAE will get a seat on Reaction’s board and become a preferred supplier to Reaction. The privately-held Reaction will also lean on BAE for support in mounting a large-scale aerospace testing and development program for the SABRE engine.

The companies plan to have a ground-based demonstrator engine prototyped and firing by 2020 and a further prototype flying on a test aircraft by 2025. If there are no show-stoppers along the way, a SABRE-powered spacecraft could propel itself to space and back by the end of the next decade.

And what about that super-high-speed point-to-point passenger travel—four hours from anywhere to anywhere on the globe? It’s certainly possible with this kind of technology, Reaction’s Thomas says. But given various safety and technical considerations, a spaceplane making regular trips to orbit at 25 times the speed of sound is the more realistic near-term proposition.

“A lot of people are excited about point-to-point travel at the moment, the thought of going anywhere in the world in four hours just excites people,” he says. “But that is hugely challenging, it’s just orders of magnitude more difficult. I was telling someone from Australia recently that, unfortunately, it’s more difficult to get to Australia than it is to get into space.”

For more about the new space race, watch this Fortune video.