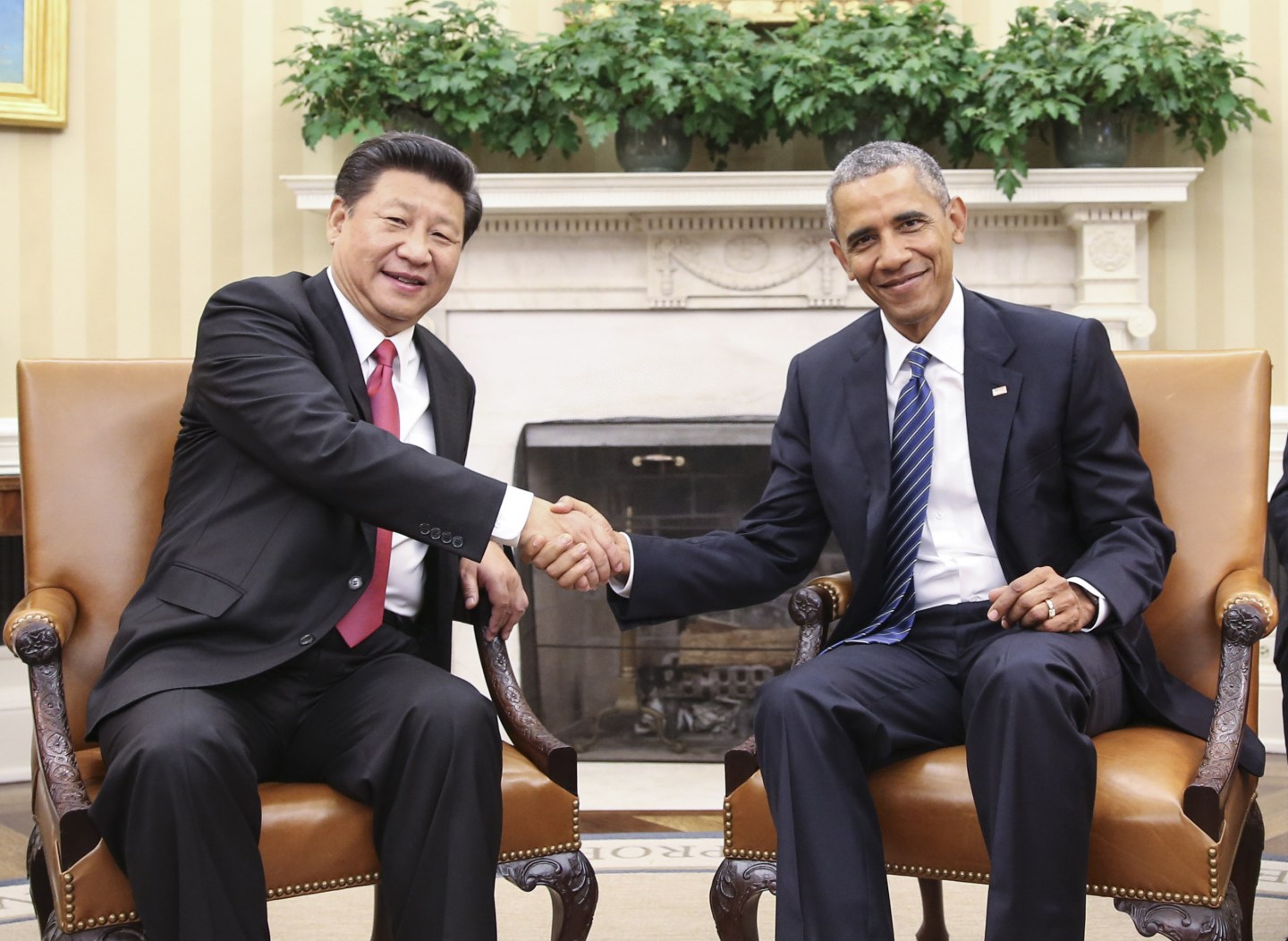 Truces do not a cybersecurity business make.

Shares of FireEye, one of the biggest names in computer security, tanked on Thursday, hitting an all time low a day after the company reported weak third quarter billings and lowered full-year revenue guidance. The company is known for its Mandiant division, a firm it acquired in 2014 that investigates and responds to big data breaches.

On a call with investors on Wednesday, CEO Dave DeWalt blamed the company’s poor performance on an oral agreement recently struck between President Obama and his Chinese counterpart, Xi Jinping, that forbids their respective countries from hacking each other for economic gain. He also cited “growing pains” as another reason for the softened outlook.

“The frontal assault the Chinese military had on commercial operations in America was in pretty high gear for a few years here,” DeWalt told MarketWatch. “But the pivot of China policy is causing some differences.”

Other cybersecurity companies like Tanium, CrowdStrike, and Trend Micro say they have not seen the number of cyberattacks subside, as the Wall Street Journal noted. Stocks for some of FireEye’s public market rivals such as Palo Alto Networks (PANW), Imperva (IMPV), and Proofpoint (PFPT) have also lately, in contrast, been on the up and up.

CrowdStrike, a hot cybersecurity startup, for instance, reported last month that the U.S.-China hacking deal had not stopped Chinese state sponsored hackers from trying to break into American companies. The firm recorded 11 Chinese hacking attempts against U.S.-based technology and pharmaceutical companies that it determined were economically motivated, it said.

After issuing the report, CrowdStrike Co-founder and Chief Technology Officer Dimitri Alperovitch told Fortune that some of his company’s customers had taken the U.S.-China deal to mean that they should be less concerned about defending against Chinese hackers. He said the firm published the report to make clear that the hacking threat has not abated.

Daniel H. Ives, an analyst at FBR Capital Markets, wrote in an email to Fortune that he expects “darker days ahead” for FireEye. His research firm downgraded the company’s rating from “outperform” to “market perform” upon learning its earnings news.

“While we (and many on the Street) have been patient during this roller coaster ride over the past 18 months, it appears DeWalt and the FireEye growth story have run into a brick wall,” he said. “While FireEye (and DeWalt) is blaming weakness on a number of issues (China threats, Europe weakness, macro), we believe execution/product challenges are not fixable overnight and will cause more pain ahead.”

FireEye spokesperson Vitor De Souza, meanwhile, has stood behind the CEO’s statements. “We’re convinced the threat landscape is every bit as dangerous as it ever was,” he told the Journal, “but short-term the decrease of market urgency has changed the buying patterns.”

For more about hackers, watch this Fortune video: