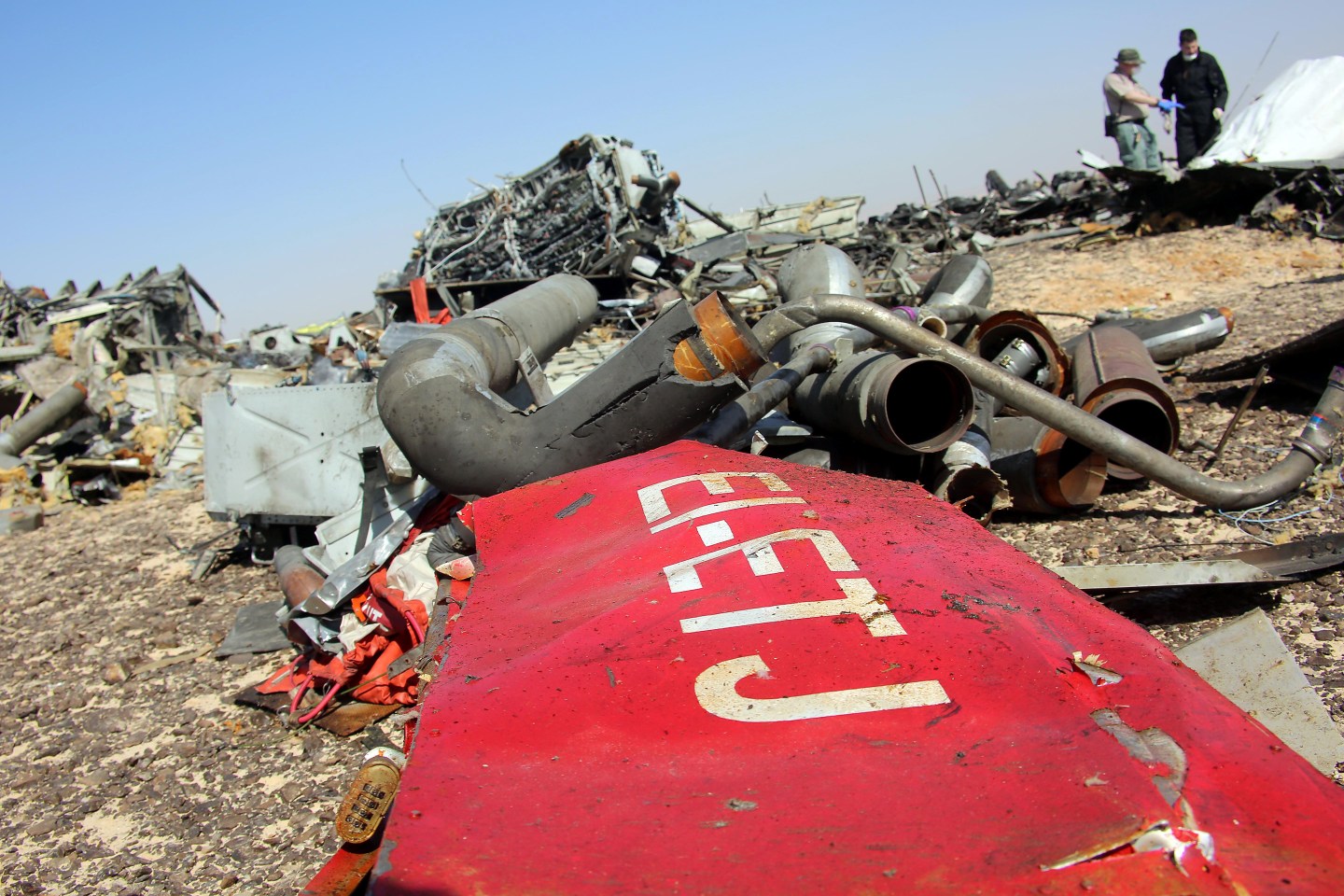 Wall Street stock futures are higher despite Federal Reserve board chairwoman Janet Yellen signalling late Wednesday that an interest rate hike in December is on the cards. The dollar touched a three-month high against the euro earlier as the markets digested the news, while crude oil futures have sagged since a report showing U.S. oil stocks rose again last week.

Today’s must-read story is from Fortune‘s Clifton Leaf and it looks at how institutional investors are becoming more and more likely to listen to activist investors like Bill Ackman, Carl Icahn, and Nelson Peltz in order to get a better idea of how they think a company can improve.

U.S. and U.K. officials now suspect that a terrorist bomb was responsible for the crash of a Russian airliner in Egypt at the weekend. The U.K., the Netherlands and others have banned all arrivals from the resort of Sharm-el-Sheikh, where the bomb is suspeted to have been brought on board. The news is a body blow to the tourist industry that is vital to Egypt’s economy. It’s also a setback for President Vladimir Putin, whose intervention in the Syrian appears to have been the trigger for the attack.

The “Mouse House” will report its fourth-quarter and full-year results this afternoon and Walt Disney (DIS) is expected to fall short of analysts’ revenue estimates after declining subscriber totals forced the media giant to lower its cable networks’ profit forecast over the summer. Much like some of its rivals, Disney will likely need to rely on especially strong results in other business sectors — such as movies and theme parks — to help balance out its struggling cable business.

Investors will be interested to hear about the progress of the high-profile merger of two companies which, together, own so many iconic brands — from Heinz ketchup and Kraft macaroni to Oscar Mayer and Philadelphia cream cheese. The Kraft Heinz (KHC) merger completed over the summer and the company then moved forward with plans to cut costs and jobs in order to save at least $1.5 billion annually by 2017, so investors will want to hear about how effective cost-cutting measures have been so far. Sales at both the Kraft and Heinz divisions dipped in the second quarter and there is some concern that the company could be hurt by the strong U.S. dollar in emerging markets.

The Labor Department is expected to report that the number of Americans who filed applications for unemployment benefits last week increased by 2,000 claims, to 262,000. The total number of weekly claims has remained relatively low for several months and has stayed below the benchmark level of 300,000 for much of the year.

German sportswear company Adidas seems to be waking up from its long U.S. nightmare. The company raised its profit and revenue outlook for the year Thursday after announcing better-than-expected results for the third quarter which drove its shares up 5.5% to a new 18-month high.