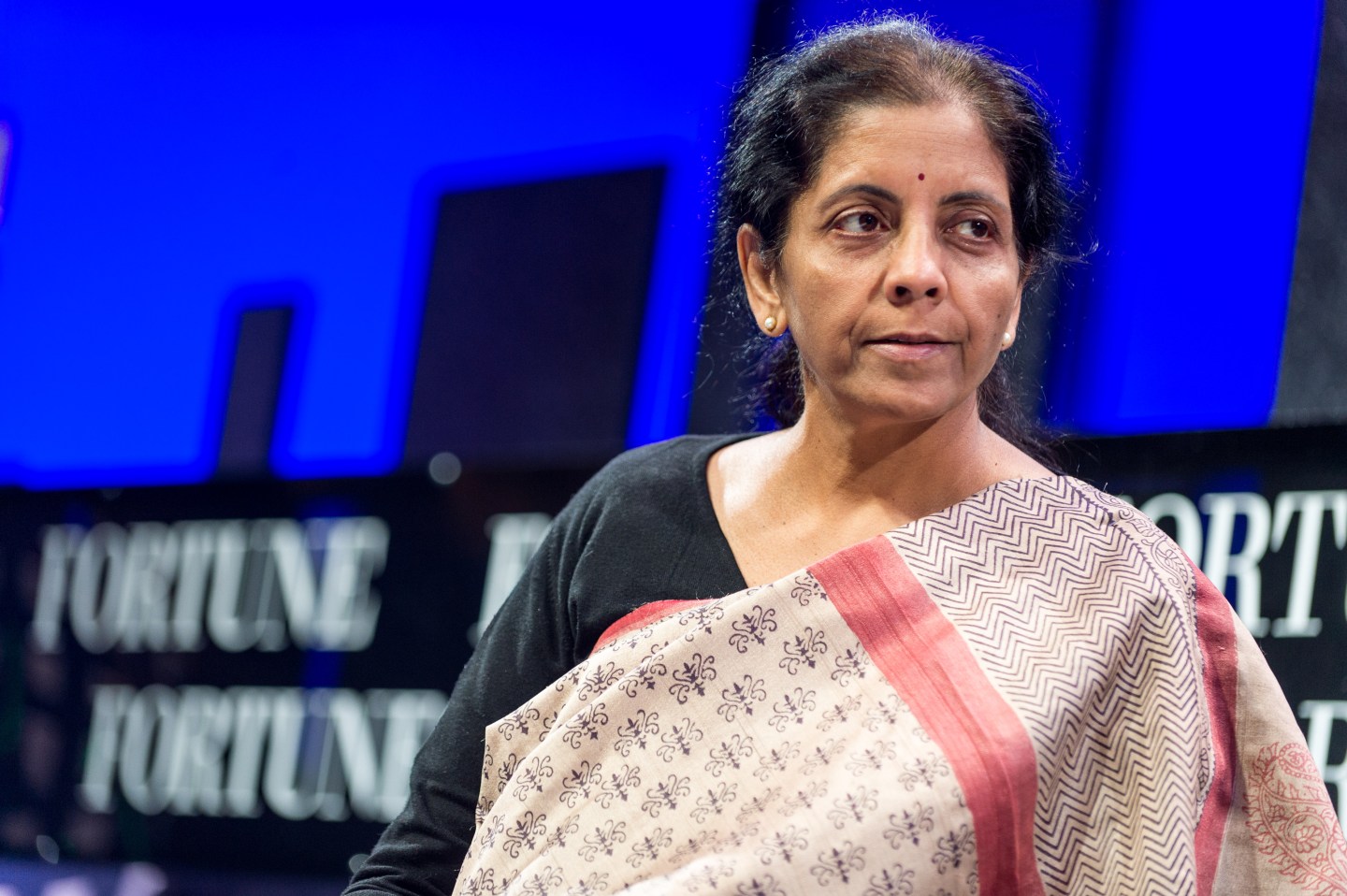 If you want to know how well India is addressing its corruption problems, just take a look at bank accounts and toilets.

That was the message from Smt. Nirmala Sitharaman, India’s minister of state for commerce and industry, at the Fortune Global Forum conference on Tuesday.

In a little over a year, 190 million Indian citizens have opened bank accounts for the first time. The balances in the accounts are small, just an average of $21 per account. Nevertheless, Sitharaman said, “financial inclusion” has been a major push of Prime Minister Narendra Modi’s administration, not just because it can improve the finances of India’s poorest citizens, but because it also helps stamp out corruption.

When government workers are paid in cash, middle men can take a portion of those wages. That has been the case with India’s pension payments as well. Today, the government can deposit money directly in workers’ accounts, eliminating fraud.

Sitharaman added that something as simple as counting toilets can offer a helpful glimpse into India’s progress in combatting corruption. She said that for 60 years India provided money to put toilets into small villages around the nation. But many of those toilets were never installed. But in the past year, the Indian government has made a major effort to verify the efforts to increase sanitation. And that has helped reduce corruption.

“India was spending money to put toilets in schools, but god knows where the money went,” says Sitharaman.

Dominic Barton, a managing director at McKinsey, said that a recent report from the consulting firm found that government reforms in India were not only making a difference for the nation’s citizens, but such moves were also making the country more attractive to foreign businesses. “Three years ago, when clients would ask about doing business in India, I would say, ‘Don’t waste your time. It’s too complicated and too difficult,'” said Barton. “That’s changed dramatically.”