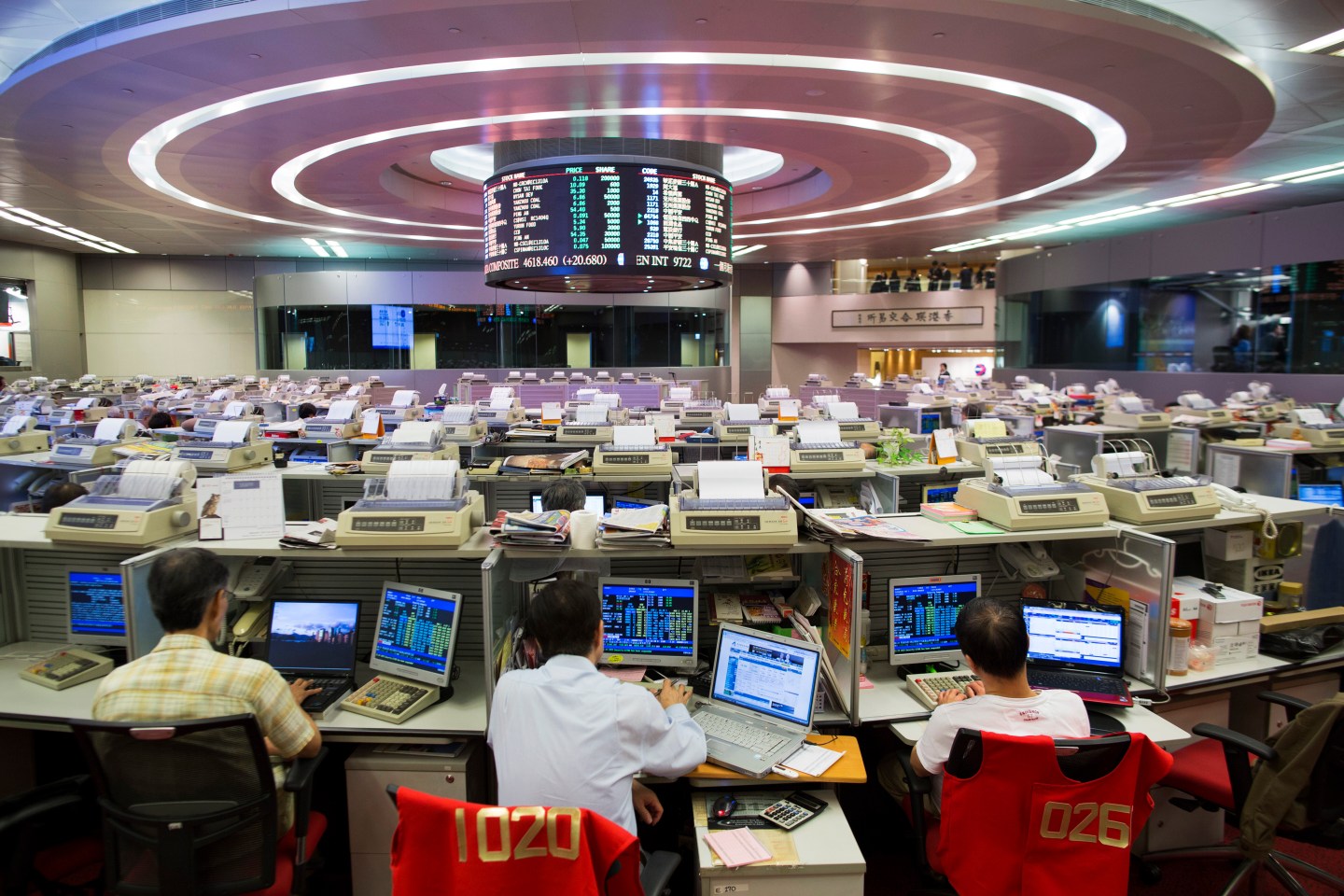 A statement from China’s central bank indicating that a link between exchanges in Shenzhen and Hong Kong would commence this year caused a surge in the country’s stock market — until it was discovered the comment was five months old.

Briefly, the Hong Kong Exchanges and Clearing even surpassed CME Group as the world’s largest stock exchange operator by market capitalization after an article posted on the People’s Bank of China website quoted its governor, Zhou Xiaochuan, as saying a Shenzhen-HK stock link would happen by December this year. It was only later when the PBOC said the statement was made in May this year, before China’s stock market sell-off in June.

The Hong Kong exchange operator later confirmed that nothing had, indeed, been confirmed. “HKEx wishes to emphasize that as at the date of this announcement, the proposed Shenzhen Stock Connect is still subject to regulatory approval and no agreement with our counterparts has been entered into,” the statement said. The exchange controller saw its share price spike by 9% on the initial news, before giving half of that back as the truth was revealed.

The statement had surprised investors, who had previously thought that the mid-year volatility that hit the Chinese stock markets would delay the connect. In September, 10 of 13 respondents in a Bloomberg survey predicted the Shenzhen connect would start next year after authorities had worked to stabilize the markets.

If anything, the surge showed the appetite for a second connect after China launched the ‘Shanghai-Hong Kong Stock Connect’ last November, allowing foreigners for the first time to buy Shanghai stocks directly via Hong Kong. Immediately after the PBOC statement went live there was a 3.3% surge in the Shenzhen Composite Index and a 3.1% gain in Hong Kong’s Hang Seng Index before the statement’s date was revised, reported Livemint.