GMOs Win Over Old Critics. But is that enough? 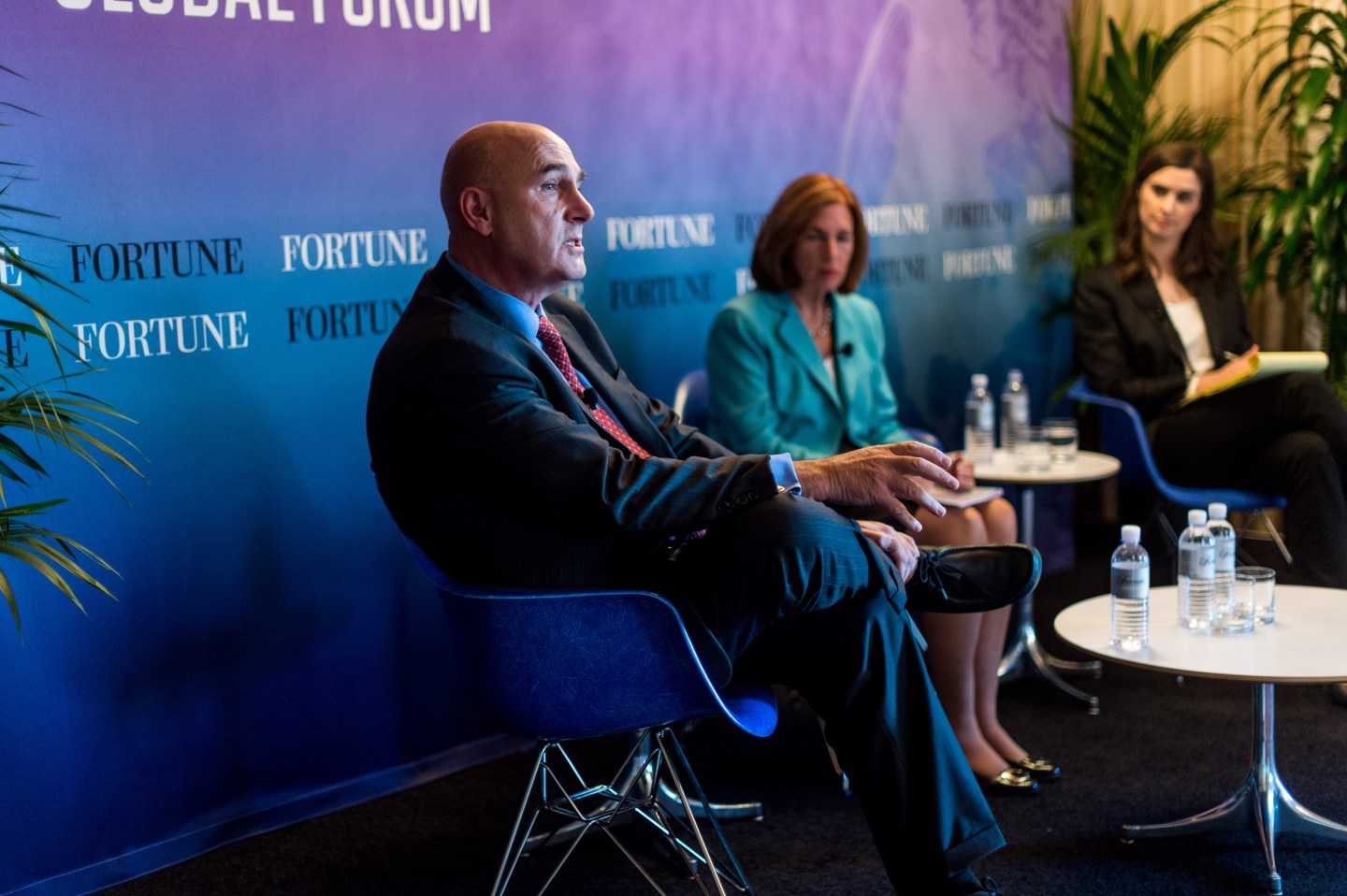 Just one hand went up when Fortune senior writer Beth Kowitt asked the audience this question during a session called “Big Food, Big Changes” at the Fortune Global Forum in San Francisco on Tuesday.

The audience was small—some 25 conference attendees—as you might expect for a late-afternoon breakout session. Nonetheless, it was a surprise that only one person admitted health concerns about GMOs, or genetically modified organisms, which farmers and food producers use to improve their production.

Even more surprising, the man who raised his hand was Anthony Zolezzi, an entrepreneur in the organic food industry who spent years fervently opposing the use of GMOs—and has now changed his allegience.

“We need GMOs for the next 3 billion people,” Zolezzi told the Fortune audience. “No doubt about it.”

“That ends the panel. Thank you very much,” joked Monsanto (MON) chairman and CEO Hugh Grant from the stage. The Monsanto chief was practically gleeful to see a former foe of GMOs affirm that they are a.) not terrible and b.) necessary to help feed an exploding global population.

“It’s going to be warmer, dryer, dustier than it is today,” Grant said, sharing his forecast of the next three decades. Given expectations of global population growth—an additional 3 billion people by 2050—and the reality of limited resources (“there’s no more dirt…and no more water”), he said, “We need to get a lot smarter in how we manage soil and how we manage water.”

Not only is that “doable,” Grant declared, “it’s an absolute necessity.”

While Monsanto’s boss will rely on GMOs to fuel his company’s growth in the foreseeable future, the other CEO who shared the stage with him is riding a resistance to GMOs that is still on the upswing. Ilene Gordon, who heads ingredient giant Ingredion (INGR), told the Fortune audience that demand for non-GMO products remains “really high.” In fact, Ingredion has a factory in Indianapolis that produces nothing but non-GMO ingredients. That plant used to serve Europe—which went non-GMO long before the U.S. caught on; now the plant ships most of its products to North American customers.

Personally, Gordon has no problem with GMOs—”there’s no science” to validate the worries that GMOs are harmful to people’s health, she says. And she doesn’t shop non-GMO in the supermarket. But she says she’s “not to judge” what consumers—particularly health-minded millennials—want. “I think we’re going to see ‘non-GMO’ grow these next couple of years, then plateau as ‘gluten-free’ has,” Gordon says, noting, “We have to be careful not to make capital investments based on fads.”

All more reason to follow one rule of business that never changes: Listen to the consumer.