This Company Got a Huge Fine for Blocking Wi-Fi 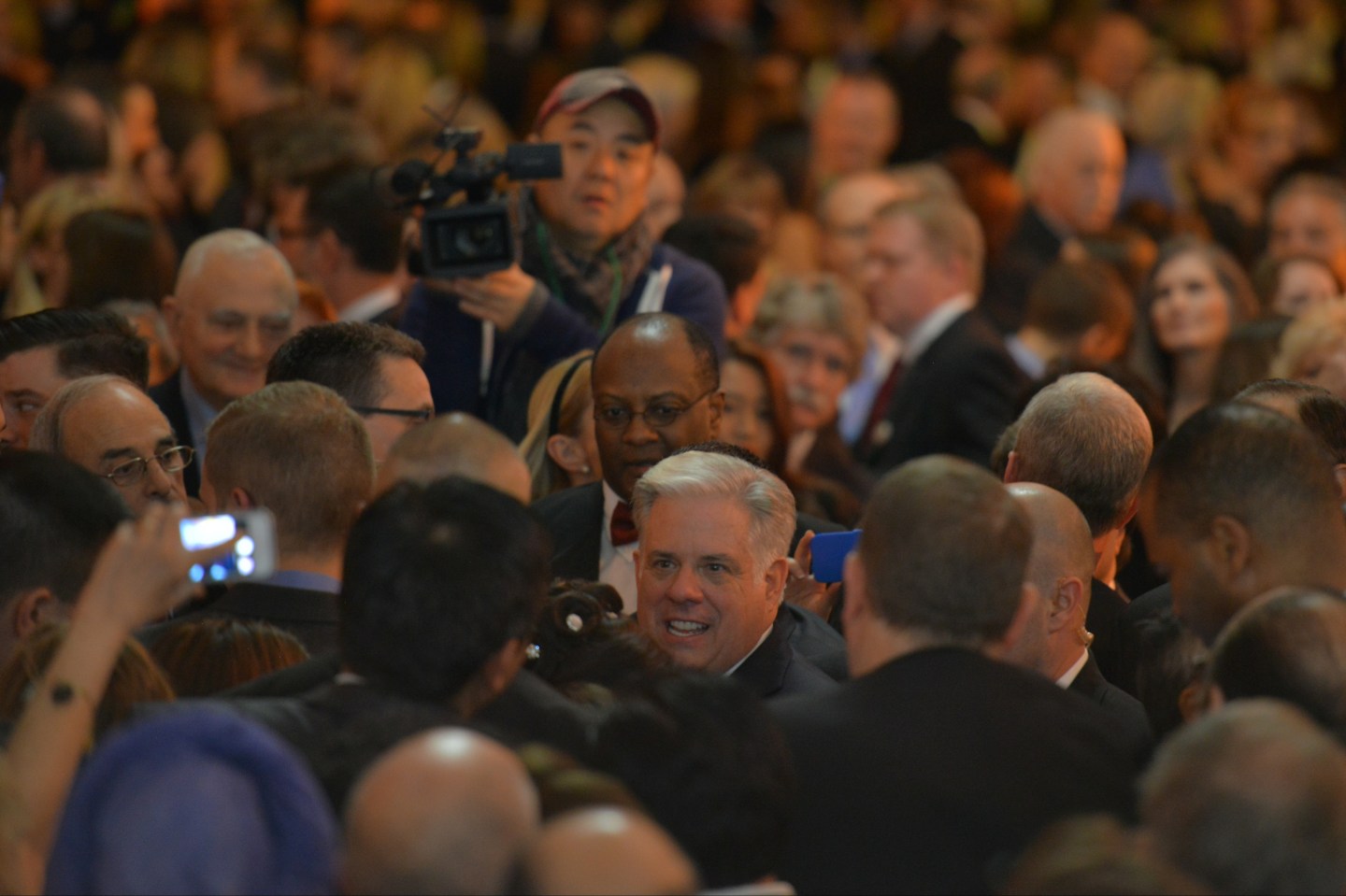 BALTIMORE, MD - JANUARY 21: Larry Hogan, C, blends into the crowd at the Inaugural Gala for Maryland Governor Larry Hogan and Lt. Governor Boyd K. Rutherford at the Baltimore Convention Center on Wednesday, January 21, 2015, in Baltimore, MD. The Lt. Governor and his wife, Monica Rutherford. Hogan, an Anne Arundel real-estate executive, was sworn in today as the state's 62nd governor, becoming the second Republican to hold that office in more than 45 years. (Photo by Jahi Chikwendiu/The Washington Post via Getty Images)
Photograph by The Washington Post—Getty Images

Communications service contractor M.C. Dean is facing fines for blocking Wi-Fi hotspots inside the Baltimore Convention Center where it provides service. According to the Consumerist, the company inhibited hotspots within the center and charged as much as $1,095 for Internet access.

“Consumers are tired of being taken advantage of by hotels and convention centers that block their personal Wi-Fi connections,” Travis LeBlanc, chief of the Federal Communications Commission’s Enforcement Bureau, said in a statement.

The contractor admits that it blocked hotspots within the center, but defended its actions by saying that people could use free Wi-Fi in certain parts of the building, and that the blockage was not intended to force people to use its services. The FCC was not convinced, proposing fines of as much as $718,000 in a Tuesday notice.

Hilton Worldwide Holdings is also under the FCC’s scrutiny for potentially blocking Wi-Fi. The FCC this week proposed a $25,000 fine for the hotel chain for failing to cooperate with its investigation into the matter. The investigation began after a 2014 complaint to the FCC reported that a California-based Hilton jammed Wi-Fi hotspots and forced customers to pay $500 to access Wi-Fi.

In response to the fine, a Hilton spokesperson told CNN Money that the company has “repeatedly communicated” with its hotels that blocking Wi-Fi is not permitted. “Throughout this inquiry, we have cooperated with the FCC, providing extensive background and details in a timely and efficient manner,” the spokesperson said.