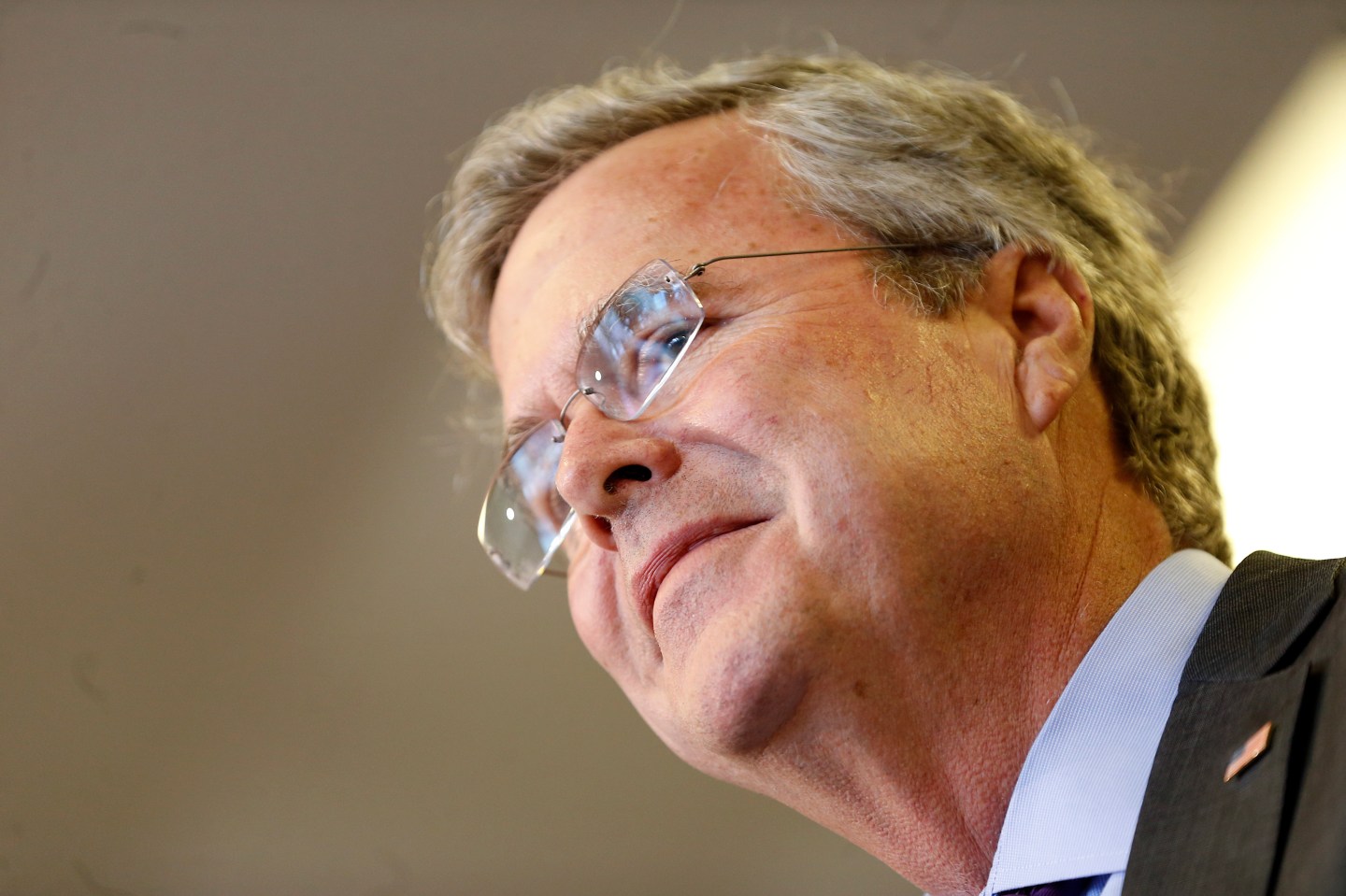 It hasn’t been a great few weeks for Jeb Bush. He had a rough go in last week’s CNBC debate, with many seeing him as losing his battle with Marco Rubio. Lately he’s been using the slogan “Jeb Can Fix It” to tout his credentials to fix the Obama economy, but that is backfiring on him in more ways than one.

First, Twitter users took the hashtag #JebCanFixIt and turned it into a massive joke, resulting in posts like these:

It's National Sandwich Day. I want one. Wonder if #JebCanFixIt

How can I fix my mailbox? Should I solder it? #JebCanFixIt any suggestions are appreciated, Jeb. pic.twitter.com/CTLWXMS1Rm

Now things are getting worse as a former city council candidate from Texas is claiming that Bush stole this slogan, and bought the website jebcanfixit.com to make his case.

Jimmy Flannigan, who ran for office in Austin in 2014, used the slogan “Flannigan Can Fix It!” He told Politico that he doesn’t support any of the Republicans, and that he almost feels bad for Jeb’s floundering campaign.

Jeb and his campaign staff are likely kicking themselves that they didn’t register the domain, which would seem to be a standard practice for a 21st-century campaign.