Banks are Recruiting B-School Grads Earlier Than Ever 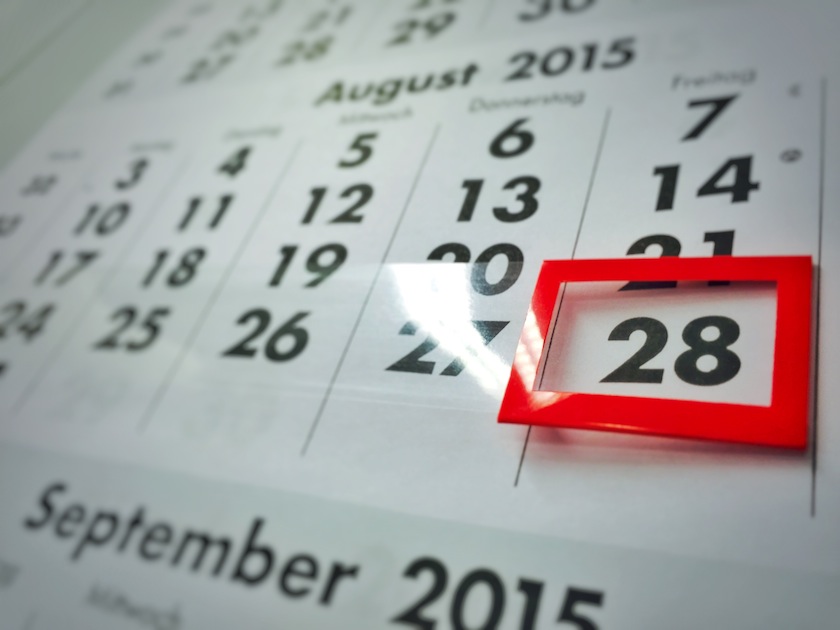 (Poets&Quants) — Every winter like clockwork, a group of 100 McIntire School of Commerce students from the University of Virginia has headed down to New York in business attire to hobnob and network with alums and recruiters from the leading banks and financial firms. The students’ whirlwind trip over winter break, called the finance trek, was a precursor to the internship recruiting that began in full force when students returned to school in January.

This year the school’s career services office made the difficult decision to cancel that trip for the first time in 20 years, said Tom Fitch, McIntire’s associate dean of career services and employer relations. The timing no longer made sense, given that recruiters from the bulge bracket banks hit campus this fall in early September for information sessions and meet and greets. Resume deadlines followed shortly thereafter, with interviews for the highly sought-after financial analyst banking internships slated to start Oct. 26.

“This is the year where the banks as a whole made a commitment to focus on the fall and the schools have become more accommodating,” Fitch said. “It really would have been too late to do the trek in January and February. We are looking at revamping the trek for the

Recruiting activity is brisk, to say the least, this fall on business school campuses, as recruiters hit undergraduate business schools in full force, particularly for internship recruiting. Most career services officers said they expect internship hiring to be the same, if not better, than last year, given the strong volume of campus visit and internship job postings. Recruiters from the accounting, banking, and even the consulting sectors are swarming the campuses in such high volume in some instances that career services officers have had to give up their offices to make room for interview spaces. The companies are recruiting for full-time positions, but most have their eye on snagging the top talent as early as possible from the junior class, career services officers at half a dozen leading undergraduate business programs said.

The accelerated timeline of internship recruiting on undergraduate business school campuses, particularly in the financial services industry, has thrown a wrench into how business schools have approached internship recruiting, which many schools are grappling with for the first time this fall. For years, business schools relied on tried and true formulas that allowed them to prepare students in time for the whirlwind rounds of internship deadlines and interviews that used to take place in the winter and early spring. At nearly all of the top undergraduate business programs now, that schedule no longer holds true, with schools being forced to adjust to the new reality.

“The intensity of the recruiting and how early it is just continues to reinforce that it is more than a trend now,” said Michael Roberts, assistant dean and director of the Career Center at Brigham Young University’s Marriott School of Management. “It is what companies are doing for internships. It is critical to get the students prepared because everything now is so accelerated.”

Schools have had to adjust in a number of ways, from pushing up the dates and timeframes of the finance treks to cities like New York and San Francisco, holding summer webinars to prepare students for the wave of recruiters they’ll see the first few weeks of school, and figuring out how to accommodate students who choose to study abroad their fall semester of junior year. Colleges and universities where BBAs start taking their business classes their junior year are finding the new timeline the most challenging because they don’t have adequate time to prepare students in and outside the classroom, say career services officers.

At the Marriott School, which has a two-year undergraduate business program that begins junior year, recruiting starts the last week of September, said the Marriott School’s Roberts. The school’s Finance Society, a professional student club, hosted about 25 information sessions in September alone, with visits from Goldman Sachs (GS), Capital One (COF), and J.P. Morgan (JPM), according to the club’s website.

To better prepare future students come junior year, the career services office started a formal partnership this year with 12 of the school’s professional student clubs. The club’s leaders (most of whom are seniors) and the career services team meet once a month in the dean’s office to strategize on how to prepare the pre-management students, particularly sophomores, on the professional development front. The career center also created a new student role at the career center, director of brand management, where a senior business major is tasked with serving as a liaison between the presidents of the school clubs and the career office staff.

Using the Summer to Meet Alums at Companies

“It is critical to get them prepared because everything is getting accelerated,” Roberts said.

Matthew Merrill, a senior at the Marriot School who is president of the Marriott Undergraduate Student Association, said this approach has been helpful since the early deadlines often creep up on students. He helped coach several pre-BBA sophomores last year and encouraged them to take the time this summer to fly out to New York or San Francisco to meet with Marriott alums at different bank. As a result, they were able to aggressively go after early internship opportunities at banks like Credit Suisse (CS) as juniors this fall.

“If they hadn’t spent time over the spring and the summer preparing for recruiting, it would have been a lost cause,” Merrill said. “Students are now understanding that they need to be working over the summer and can’t wait till the fall semester if they really want to capitalize on opportunities and be successful.”

Offering Webinars to Get Students Ready to Meet With Recruiters

Some schools have been trying for the last few years to push off the banks from conducting early fall internship recruiting for BBAs, as it has presented a number of logistical challenges for them. But now that it has become so mainstream, schools like Georgetown University’s McDonough School of Business have had no choice but to follow suit. For the first time this fall, Georgetown has agreed to let the bulge bracket banks accept internship applications in mid-November, whereas in the past the deadline wouldn’t be until Jan. 15 or 20, said Rebecca Cassidy, assistant dean and director of McDonough’s Office of Professional Development. The school resisted doing early recruiting because about two-thirds of Georgetown juniors study abroad, many of them in the fall semester.

To adjust to the new timeline, the school has taken extra steps to make sure that McDonough students who are abroad are on top of recruiting deadlines. Over the summer, the school offered for the first time a special webinar series for students studying abroad in the fall that guided them through the recruiting process and advised them on how to reach out to recruiters while they’re off campus. In addition, the school recently hired several career coaches for four different sectors; the career coach specializing in finance has been Skyping with students studying abroad this fall who are interested in applying for analyst positions at the banks. “We’re making a concerted effort to make sure students participate, even if they’re not on campus,” Cassidy said.

The McIntire School has taken a similar approach to preparing its incoming juniors and offered for the first time this summer a webinar this summer to get students up to speed on how to prepare their resumes and engage with employers in the fall. About 75% to 80% of incoming third-years participated in the webinar, said McIntire’s Fitch.

“Typically we would not have bothered newly accepted students before they matriculate, but now we are really working with those students to anticipate what their needs might be,” Fitch said.

Treks to Companies Also Starting Earlier Than Ever Before

Across the board, finance treks to cities like New York, Houston, and San Francisco are starting earlier. Two years ago, the University of Southern California’s Marshall School of Business did its trek to New York the last week of October. This year, Anne Ziemniack, Marshall’s director of undergraduate student services, took students the second week in October and also moved up the date of the trek to San Francisco by two weeks. Last year, campus recruiting was moved up to the second week in November, and the timeline has held steady this year, Ziemniack said.

“It is a double-edged sword because we want to help our students make those connections early, but we also want to make sure they have enough time to feel prepared,” she said.

At Emory University’s Goizueta Business School, the first day of school was Aug. 26, with recruiting starting about two week later, said Jane Hershman, director of the BBA Career Management Center Goizueta. All but one of the banks that the school works with have moved up their deadline for resumes to October, and on-campus interviews started the last week of October. This new timeline has meant the school has had to make some last-minute decisions about programming, Hershman said. For example, the school wasn’t planning on doing its banking trek this fall but made a last-minute decision to do one in mid-October, visiting 13 companies over two days.

Early-Bird Recruiting is Tempting Emory to Consider an August Trek

“All the banks we visited on the trek were talking about how early their deadlines were, and one of the banks even joked that their Nov. 1 deadline was ridiculously late,” Hershman said.

Next year, Hershman said she and her team are considering doing the finance trek even earlier, perhaps in August before school starts. For now, it is mostly the finance firms that are doing the early bird recruiting, but she’s also seen consulting firms “start to creep” in this direction, she said.

“For a two-year program, it certainly has presented some challenges in being sure that students are prepared and know what they’re getting into,” she said. “Our students are doing well, but I’ve heard rumblings across the board that students are less prepared. It is not because of anything we or they are doing wrong. It is just early.”

How To Land A Startup Job: A Success Story, With Advice

Alumni Love: The B-Schools Getting A Little Sugar Or Taking Their Lumps

The Most Lucrative Seven-Figure MBA Degrees