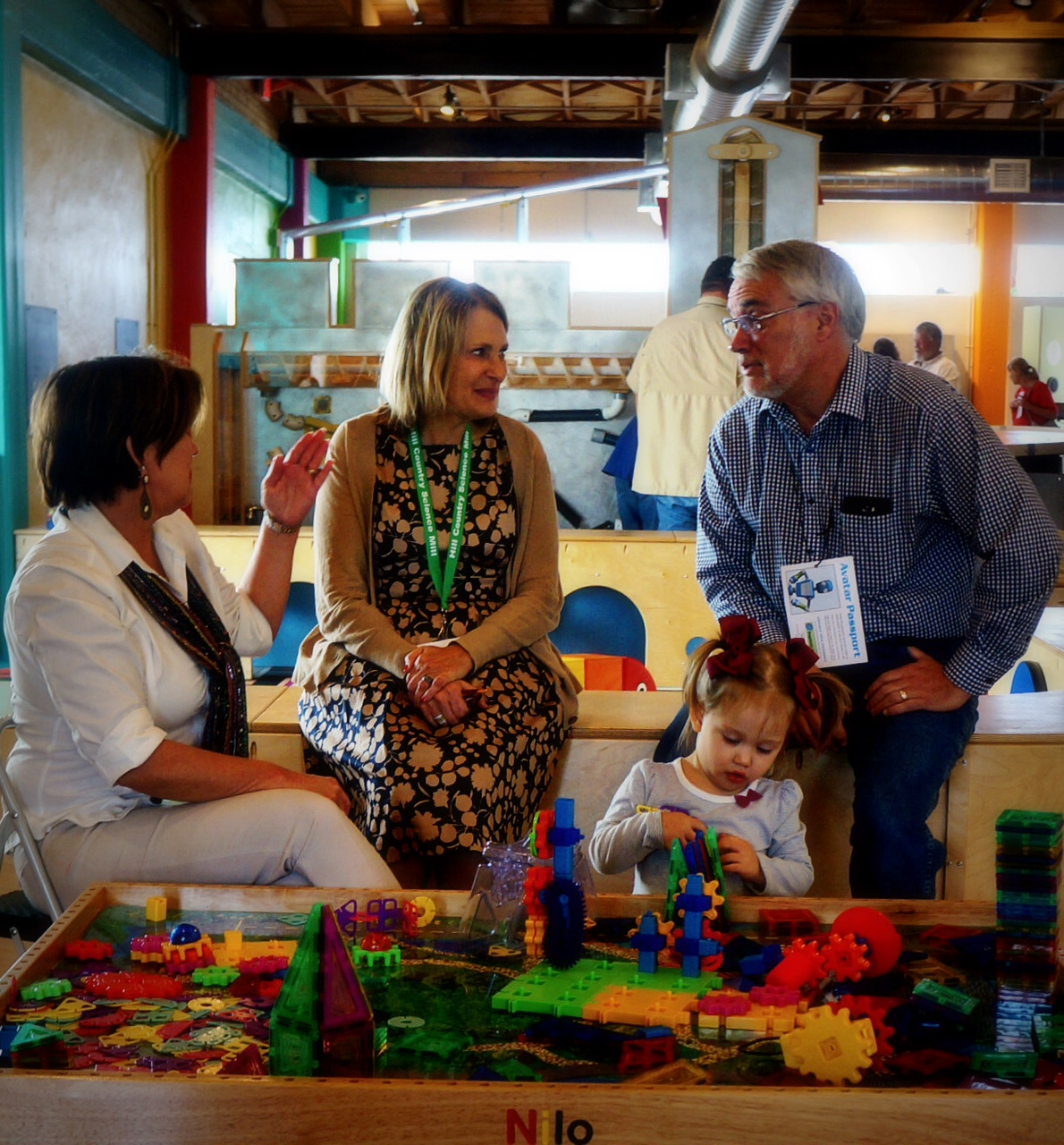 Want to get a fifth grader excited about a career in engineering? Have her call a friend with a banana phone, light up a “cell phone disco” by sending a text, or make it rain by holding her hand over a topographical sand box.

This is the basic idea behind the new Hill Country Science Mill, which opened in February of this year in a renovated 1880s gristmill in Johnson City, Texas. It’s the brainchild of Bonnie Baskin, founder and former CEO of two successful biotech companies. In her retirement, Baskin has turned her attention to inspiring kids to pursue careers in STEM, as well as supporting women entrepreneurs.

In 1981, Baskin was a single mom with a Ph.D. in microbiology. She quit her job in a university lab because her employer wouldn’t accommodate a flexible work schedule she needed to raise two kids. She then started ViroMed, a virus testing service that she built into the leading clinical lab in the country and sold nearly twenty years later for $40 million. Next she formed AppTec, a testing and medical manufacturing company she sold six years later for $163 million.

After retiring to Johnson City, Baskin and her husband Robert P. Elde, a neuroscientist, got the idea to transform the abandoned mill in the center of town to a cutting edge tech-based laboratory for kids. “We’d been lamenting that when we were young, there was no greater aspiration than to be a scientist, “she says. “But we live in a disposable world – kids don’t take things apart any more. And you fall in love with science by doing it, not reading it.”

They bought the mill and renovated it over the next year, while searching the globe for the best exhibits. Baskin also commissioned original installations from artists as far away as Slovenia, and alums of the MIT Media lab who created interactive displays that allow you to create chemical reactions, unlock genetic codes and balance the energy grid.

“I know how important it is to get a technical workforce and get diversity in the workforce,” says Baskin. Children’s science museums aren’t a new idea, but the Science Mill takes some novel approaches to get kids interested in STEM careers:

Gearing the exhibits to middle school-ers was something Baskin was insistent about. “Most science museums are aimed at younger children. But it’s middle schools where we lose our kids—especially girls.”

Located an hour’s drive from both Austin and San Antonio, the Mill serves these urban areas, as well as the surrounding 5 rural counties. (On the day Fortune visited, there were 80 4th graders from Kinsgland, about 40 minutes away.) All of the exhibits are in English and Spanish. Since the Science Mill opened in February 2015, it’s welcomed 23,000 guests.

“Many of these kids are minorities, first generation, low-income kids who have no introduction or exposure to experiencing science or even understanding what the opportunities are,” says Baskin. “I did a bit of a market analysis beforehand and talked to kids in the rural areas. So many of them thought being a scientist meant being a doctor or nurse or veterinarian.” Baskin was determined to introduce them to the world of careers in science and to help them recognize they could do these jobs.

The museum uses art (STEAM, not just STEM) to get kids excited. (One of the six silos houses a “Fractalarium” – a mesmerizing room of crystals shaped like a Romanesco broccoli, that illustrates the Fibonacci growth sequence). They also use technology to “make the invisible visible,” for instance, in “Mindball” kids wear headbands and sit at opposite sides of a table to see who can relax more, as they attempt to move a rubber ball by slowing down their brain waves.

Fanning a spark into a career

Baskin believes many science museums excite kids, but they fall short in transforming that excitement into a career.

At the Mill, kids customize a 3-D avatar that serves as their guide. By waving their guest pass at interactive kiosks, they trigger explanations and can “favorite” the exhibitions they like and log on later at home to the Explorer’s Zone to learn more about the science and watch videos about jobs that relate to the exhibits.

Baskin and her team have plans to keep kids engaged after they leave including live chats, support for teachers to provide more information and longer programs, like an award-winning rocketry camp they ran over the summer.

Baskin is passionate about supporting women in business, sitting on the boards of many women-owned or -run companies. She has been quoted saying that women are genetically superior entrepreneurs. “We are hard wired to be taking care of things and looking at details, to be focused on customer service….all the things we learn to do as girls and women and mothers,” she says.

But her approach to STEM is gender neutral. None of the Science Mill programs single out girls because “the world is co-ed, especially in science. There aren’t going to be female-only labs. So you better get used to it.”