Kmart is Bringing Back This Retro Sales Gimmick 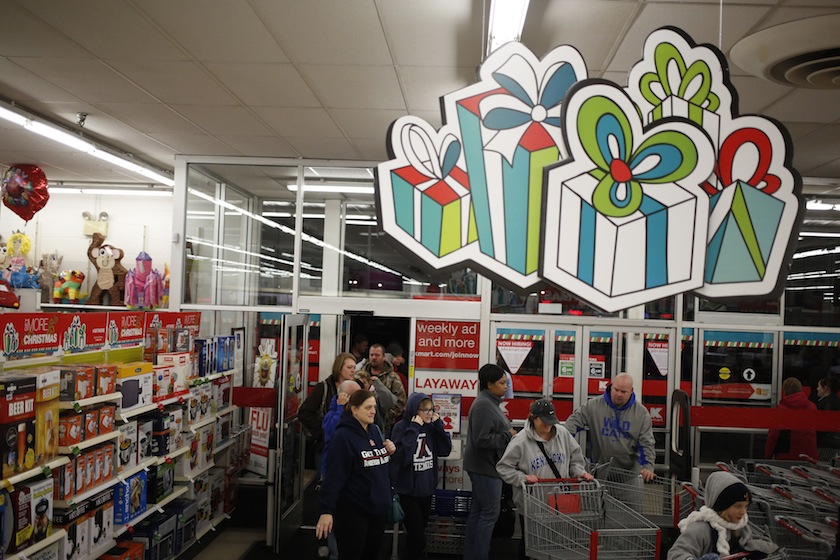 Shoppers enter a Kmart discount store, operated Sears Holdings Corp., as the doors open ahead of Black Friday in Frankfort, Kentucky, U.S., on Thursday, Nov. 27, 2014. An estimated 140 million U.S. shoppers are expected to hit stores and the Web this weekend in search of discounts, kicking off what retailers predict will be the best holiday season in three years. Photographer: Luke Sharrett/Bloomberg
Photograph by Luke Sharrett — Bloomberg via Getty Images

As the shopping calendar inches closer to Christmas, retailers are busy rolling out strategies to lure sought-after holiday consumers. Last week Walmart (WMT) said it was hiring Santas for customer photo-ops and adding more holiday decorations to its stores. On Friday, rival Kmart (SHLD) brought back its “Bluelight Specials” to vie for shoppers.

At Kmart’s 942 stores on Friday, Reuters reports that blue sirens went off indicating surprise, 15-minute-long deals. The tactic and its trademark “Attention Kmart Shoppers” announcement were first created in 1965 by a store manager and are credited with helping propel the discount retailer’s growth through the 1980s. The store stopped the specials in 1991 but has given them brief rebirths since then, including during last year’s holiday season.

Kmart president Alasdair James told Reuters that the revival of the Bluelight specials reflects research that says customers remember the iconic sales fondly. The retailer hopes tapping that nostalgia will lift sales, which have slumped of late. Reuters reports that revenue at Kmart stores open at least a year has dropped 7% in each of the last two quarters.