Calorie counts on menus do nothing 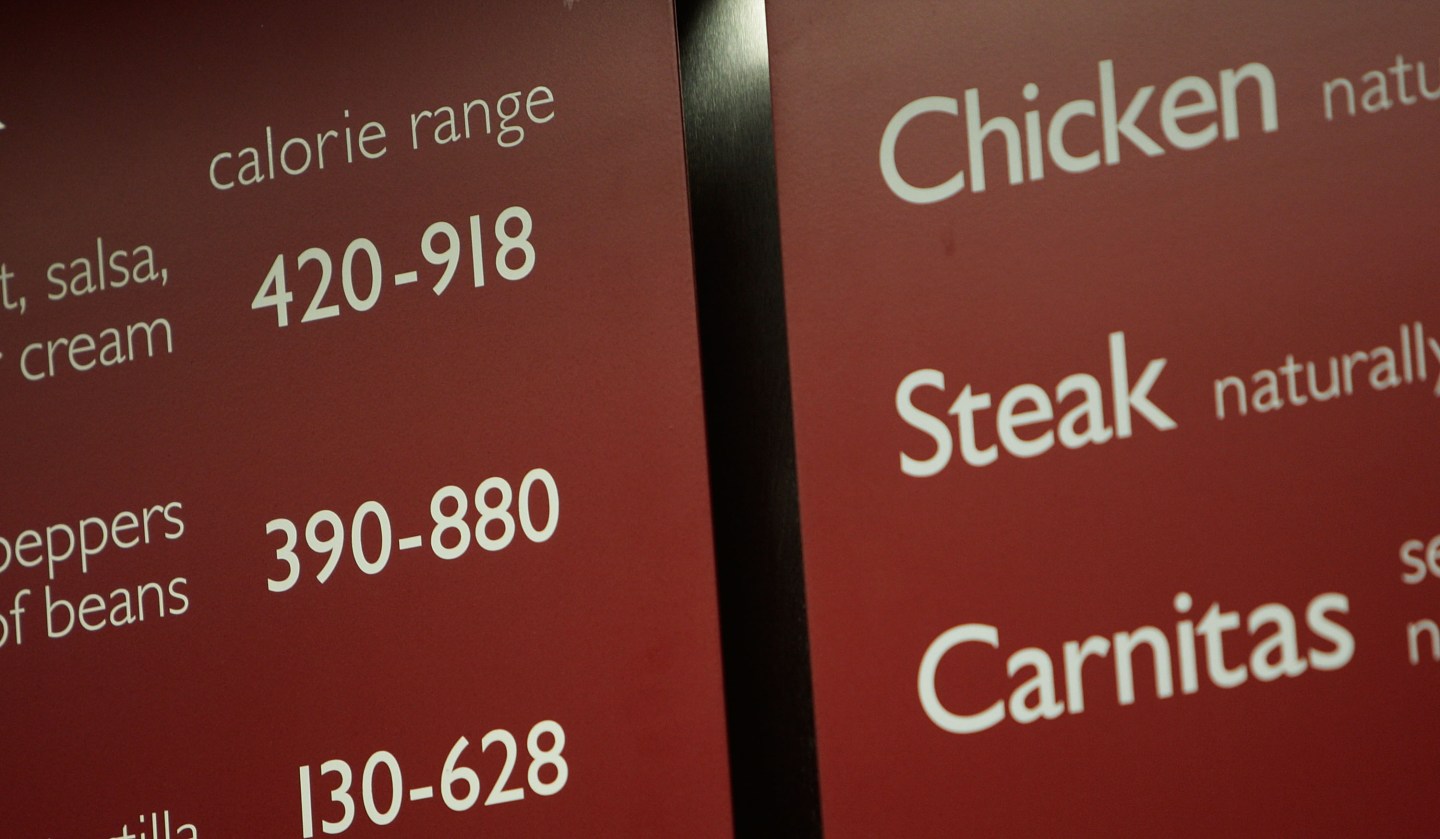 NEW YORK - JULY 18: Calories are listed next to menu items at a Chipotle Mexican Grill July 18, 2008 in New York City. New York is now the first city in the country to implement a law forcing chain restaurants to post the calorie count of each food next to the items on their menus. (Photo by Chris Hondros/Getty Images)
Photograph by Chris Hondros — Getty Images

Conventional wisdom says calorie counts on chain restaurant menus help people avoid doubling their daily recommended food intake. That’s why New York mandated calories on menu items in 2008, and why all restaurants nation-wide will prominently display this information alongside the price. But does it actually encourage healthy moderation?

A new study in the November issue of Health Affairs says no.

Comparing receipts from New York, which has the info on its menus, and its neighbor New Jersey, which doesn’t have the info, researchers from New York University found that consumption was almost identical: between 804 and 839 calories on average for New York and 802 to 857 for New Jersey.

At the beginning of the study in 2008, when New York implemented its law, around half of consumers noticed the calorie counts. But each year, more and more people tuned them out—only around a third of customers even noticed them, and only 12% said the calorie counts led to a less caloric order.

“Our study suggests that menu labeling, in particular at fast-food restaurants, will not on its own lead to any lasting reductions in calories consumed,” said researcher Brian Elbel, an associate professor in the Department of Population Health at NYU Langone. But while it’s not a magic bullet, Elbel noted it may still have a positive impact on obesity when employed alongside other methods.