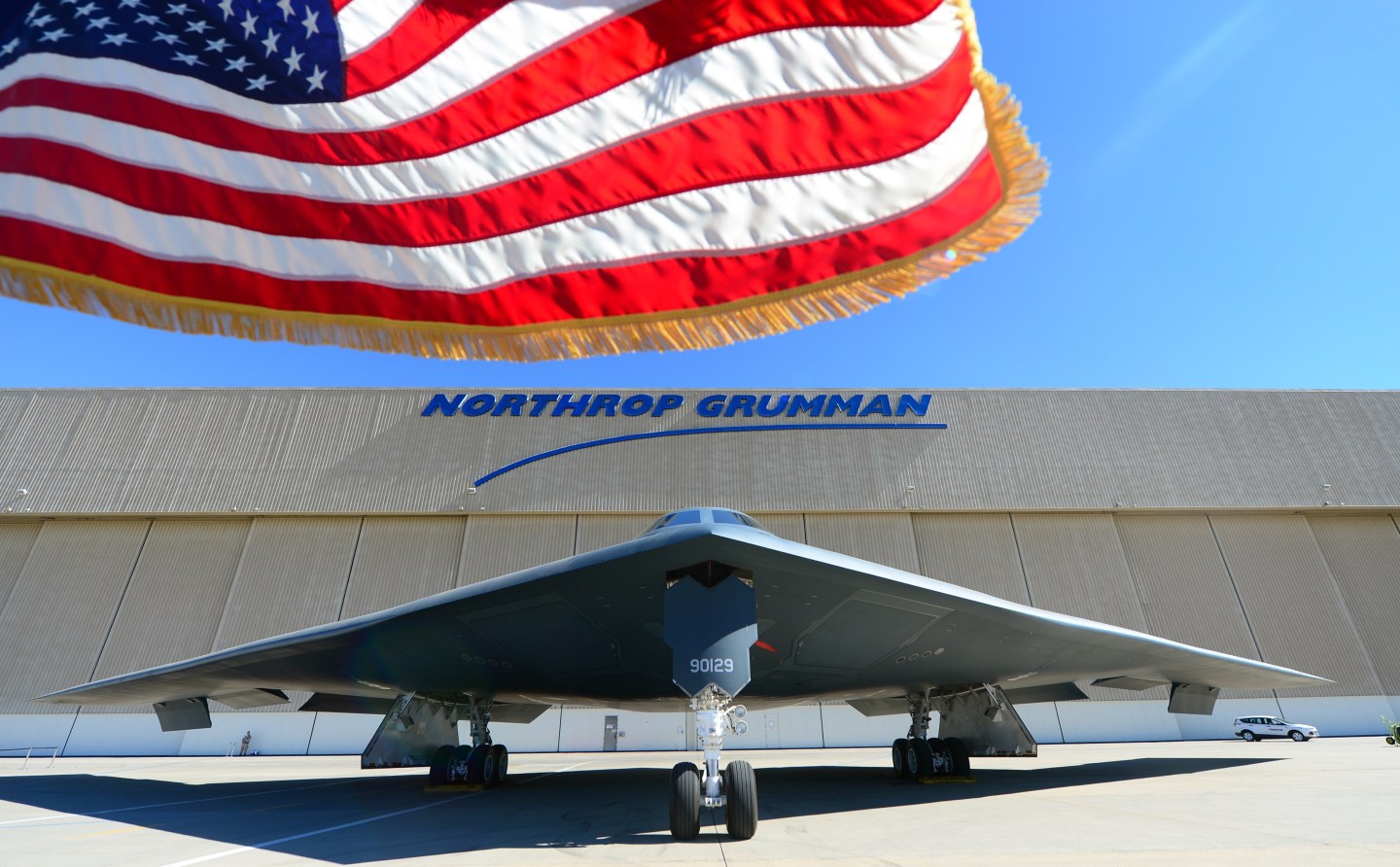 A US flag flutters in the wind beside a B-2 Stealth Bomber at the Palmdale Aircraft Integration Center of Excellence in Palmdale, California on July 17, 2014, where the US Air Force and manufacturer of the B-2, Northrop Grumman, celebrated the 25th anniversary of the B-2 Stealth Bomber's first flight. Northrop Grumman is the prime contractor for the US Air Force's B-2 stealth bomber, a key component in the nation's long range strike arsenal and one of the most survivable aircraft in the world. AFP PHOTO/Frederic J. BROWN (Photo credit should read FREDERIC J. BROWN/AFP/Getty Images)
FREDERIC J. BROWN AFP/Getty Images

The U.S. Air Force is due to brief Boeing Co (BA) on Friday about its decision to award Northrop Grumman Corp (NOC) a huge contract to build the next generation of long-range strike bombers, according to two sources familiar with the matter.

Boeing, which had teamed up with Lockheed Martin Corp (LMT) , told its staff in a memo on Tuesday that it would “rigorously deliberate” whether to protest the contract award, with a decision likely within two weeks.

The loss of the $80 billion tender is a huge blow to Boeing’s military division, and the decision has rankled particularly badly because of a perception that the Pentagon awarded the contract to Northrop mainly because it was concerned about becoming too dependent on Boeing and Lockheed. Pentagon acquisition chief Frank Kendall recently warned about the undue influence of increasingly large defense contractors.

“When you make a statement like that, and then give a contract like to a smaller and less experienced company, it does raise suspicion. That will be closely looked at,” said one source.

Boeing and Lockheed have already requested answers on how the competition was scored with regard to price and risk. Air Force officials have declined to comment publicly about how the two bids compared. They said only that Northrop’s bomber represented the “best value for the nation” and would cost $511 million per plane, on average, in 2010 dollars, well below the program’s cost cap of $550 million per plane.

Under federal law, companies have 10 days after an agency debrief to file with the U.S. Government Accountability Office, an arm of Congress that rules on federal contract protests. The GAO then has 100 days to evaluate the case.

Boeing executives were in “total shock” about the contract loss, said one of the sources, given the combined strength and capabilities of the Pentagon’s two largest suppliers.

Executives were concerned that the Air Force had not fully accounted for risks involved in setting up a new large airplane production line, as Northrop must do given that it is not currently producing large numbers of combat aircraft.