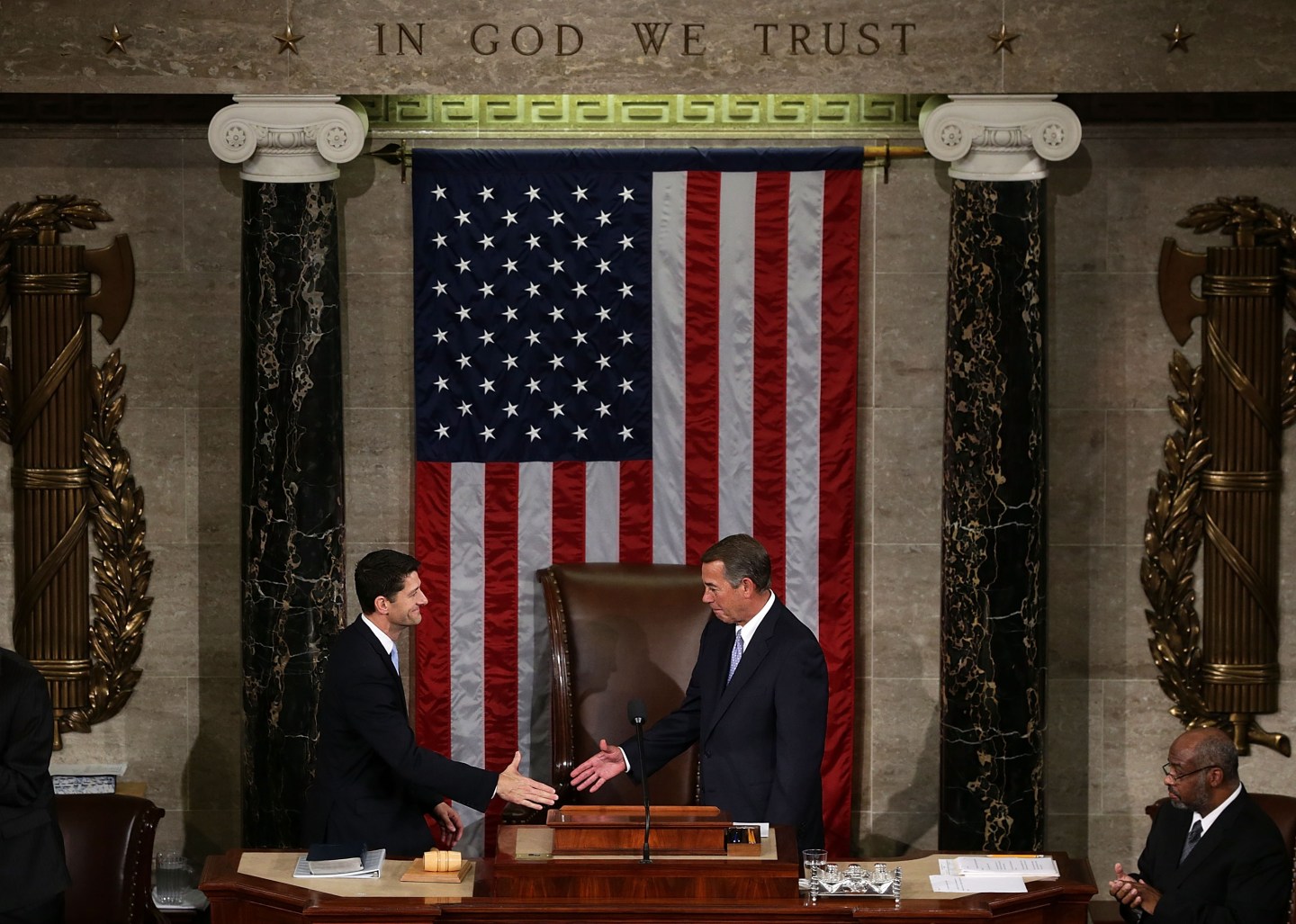 John Boehner’s five-year tenure as Speaker of the House was one of the more contentious in history. To accomplish anything he had to not only do battle with Democrats, but also with the archconservative wing of his own party.

But the internecine battles that Republicans have fought among themselves are not what irks now former Speaker Boehner as he leaves office this week. In an exit interview with Fox News, the Ohio Congressman said that his biggest regret was the collapse of the so-called “grand bargain” that was almost agreed upon between then Speaker Boehner and President Obama that would have raised revenue, cut discretionary and entitlement spending and put the U.S. government on a much stronger fiscal footing for the next twenty years. As Boehner tells it:

We had an agreement. I sit in the oval office with the president, Eric Cantor and I. I shook hands with the President. The deal was done. Over 5 trillion dollars in deficit reduction. It would have meant tens of trillions of dollars over the next 20 years in terms of fixing our entitlement programs and getting us onto a much more solid foundation. I was shocked that the president walked away from he agreement.

The President and his allies argue that it wasn’t Obama who walked away from the deal, but that the deal collapsed because Boehner couldn’t secure enough Republican votes to get it passed.