The stock market is having its best month in 4 years 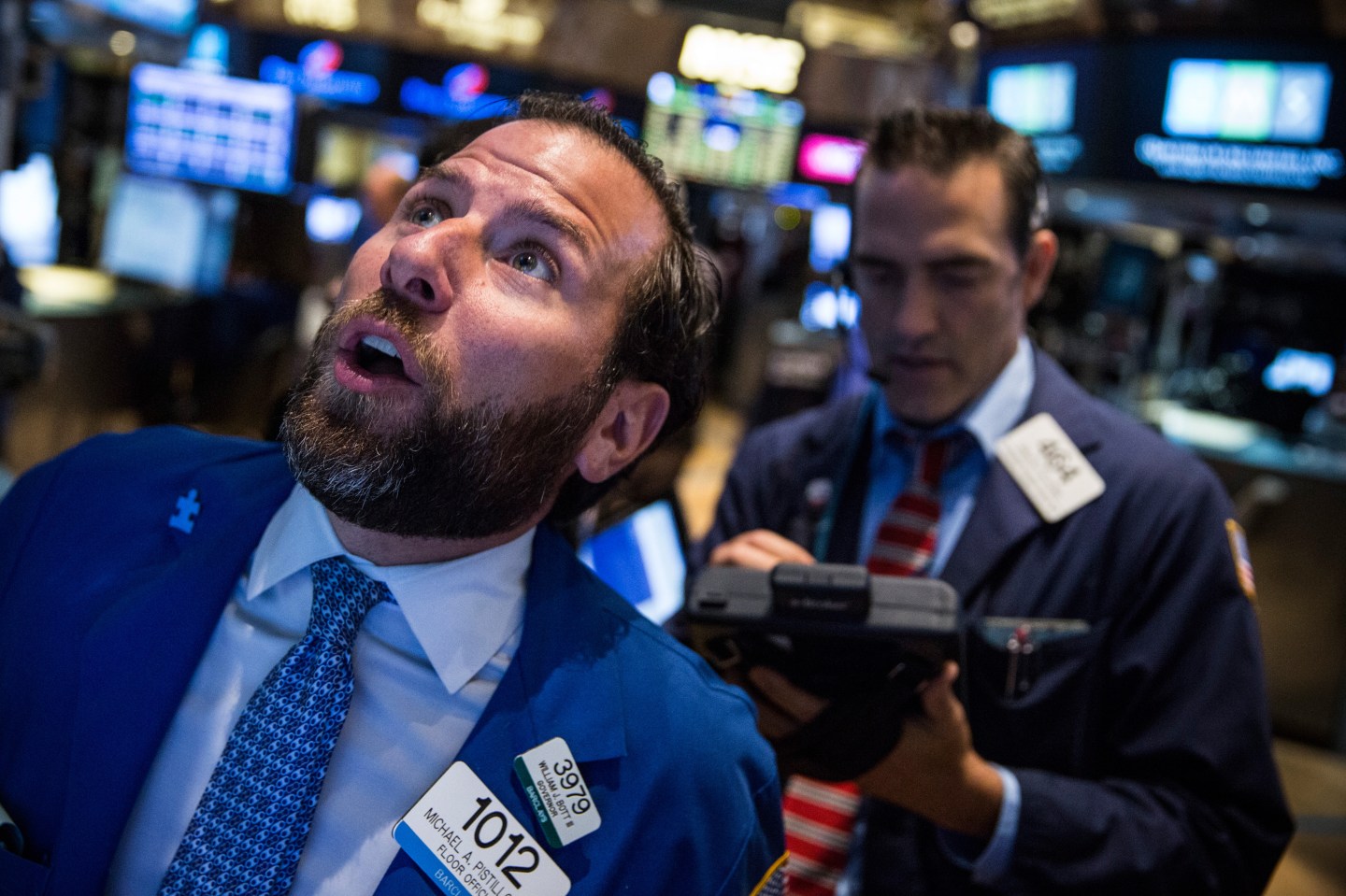 October saw a disappointing jobs report here in the United States, plus evidence that U.S. companies are in the midst of an earnings recession, but that didn’t stop investors from piling into stocks.

The S&P 500 and Dow Jones Industrial Average are up more than 9% in October, following a deep decline the previous two months in which investors worried about a fed interest rate increase and slow growth abroad. That’s shaping up to be the best monthly performance since the S&P rallied 10.7% in October 2011, according to CNBC.com.

And it’s not just domestic stocks that are surging. As Bloomberg reports: “The MSCI All Country World Index is on track for its biggest monthly increase in four years, rising 8 percent, after sinking 10 percent the previous three months.” It attributes the global surge in stocks to China announcing new stimulus measures and “fading expectations for a U.S. rate hike.”

While some of the performance of stocks this month can be attributed to generally good earnings results from some of the biggest global tech companies, October’s performance is evidence that what goes down must come up. The S&P 500, after all, is only up 1.36% overall year-to-date.