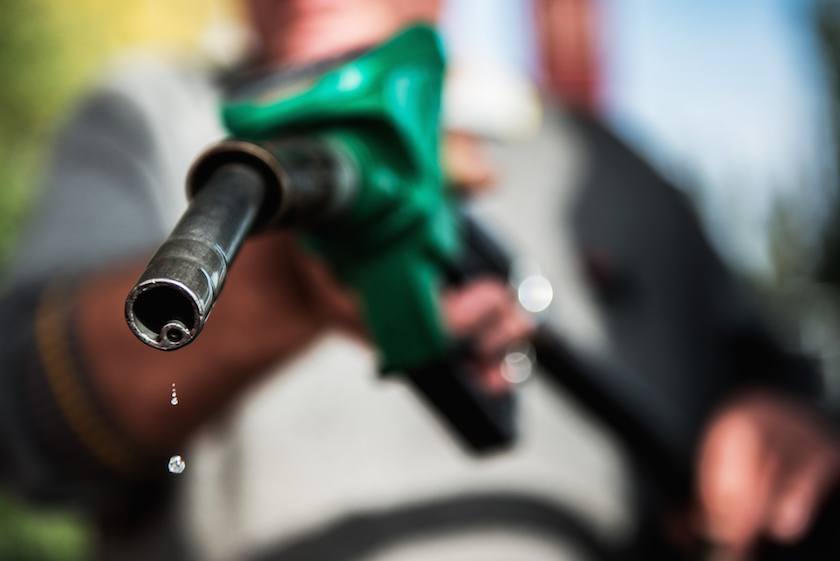 Petrol drips from the end of a nozzle as an employee fills a car with fuel at an Agip gas station, operated by Eni SpA in Szigliget, Hungary, on Monday, Oct. 26, 2015. MOL Hungarian Oil and Gas Plc said in a statement they have signed an agreement to purchase Eni's retail and wholesale activities in Hungary, including 183 Agip gas stations. Photographer: Akos Stiller/Bloomberg via Getty Images
Photograph by Akos Stiller Bloomberg — Getty Images

Too lazy to get your own gas and want to save time during a hectic day? Well, a new app has you covered. Filld just secured $3.25 million in seed funding to disrupt the industry.

The company, led by co-founders Scott Hempy and Christopher Aubuchon, currently services people in Silicon Valley with plans to expand to the greater Bay Area in the coming months, according to Aubuchon in an interview with Fortune.

The app works similarly to Uber: You request gas for your vehicle by placing a pin at your location. Next, a Filld truck comes to the location and fills the tank.

Filld’s pricing is pretty simple. It takes an average of gas stations in the area and tacks on a $5 service fee.

The budding company began serving customers at the end of April and has a fleet of two trucks. Aubuchon explained that while the regulation to sell gas legally can be a minefield, Filld has federal approval as well as California state approval to do business.

“We look at this like Amazon versus the bookstore,” Aubuchon said, explaining how the business model takes away the need for real estate costs and is “much less expensive” to run.

The goal with the recently acquired funds is to “hire and support the business,” he added. Filld wants to improve efficiency in the area before expanding elsewhere in California.

“We want this to be everyone’s service; it’s not just for the rich,” said Aubuchon. “This is for anyone who wants to take advantage of their time and get time with their family back.” He explained that cars deemed family vehicles, such as Priuses, are the top customers for the app. Customers also say they’d rather use the app than touch dirty gas station nozzles (they’re apparently hotbeds for disease). Another top reason? Professionals don’t want to take the time out of their hectic days to stop for gas.

Aubuchon noted that the company is getting close to having pumped six figures worth of gallons of gas since April.

But there’s competition, according to Business Insider:

Unlike one of its main competitors in the space, Purple, Filld’s trucks are certified to determine exactly how much gas you need. While Purple can only fill a set amount — let’s say 10 or 15 gallons at a time — Filld uses a similar pump to one you’d find at a gas station, which clicks when it’s done. All you have to do is tell Filld to fill it up.

The app comes at a time of cheap gas thanks to the low cost for a barrel of oil. Here’s where that money has been going to in the U.S. economy, according to Fortune.