Why Chelsea Clinton is ‘obsessed’ with middle school 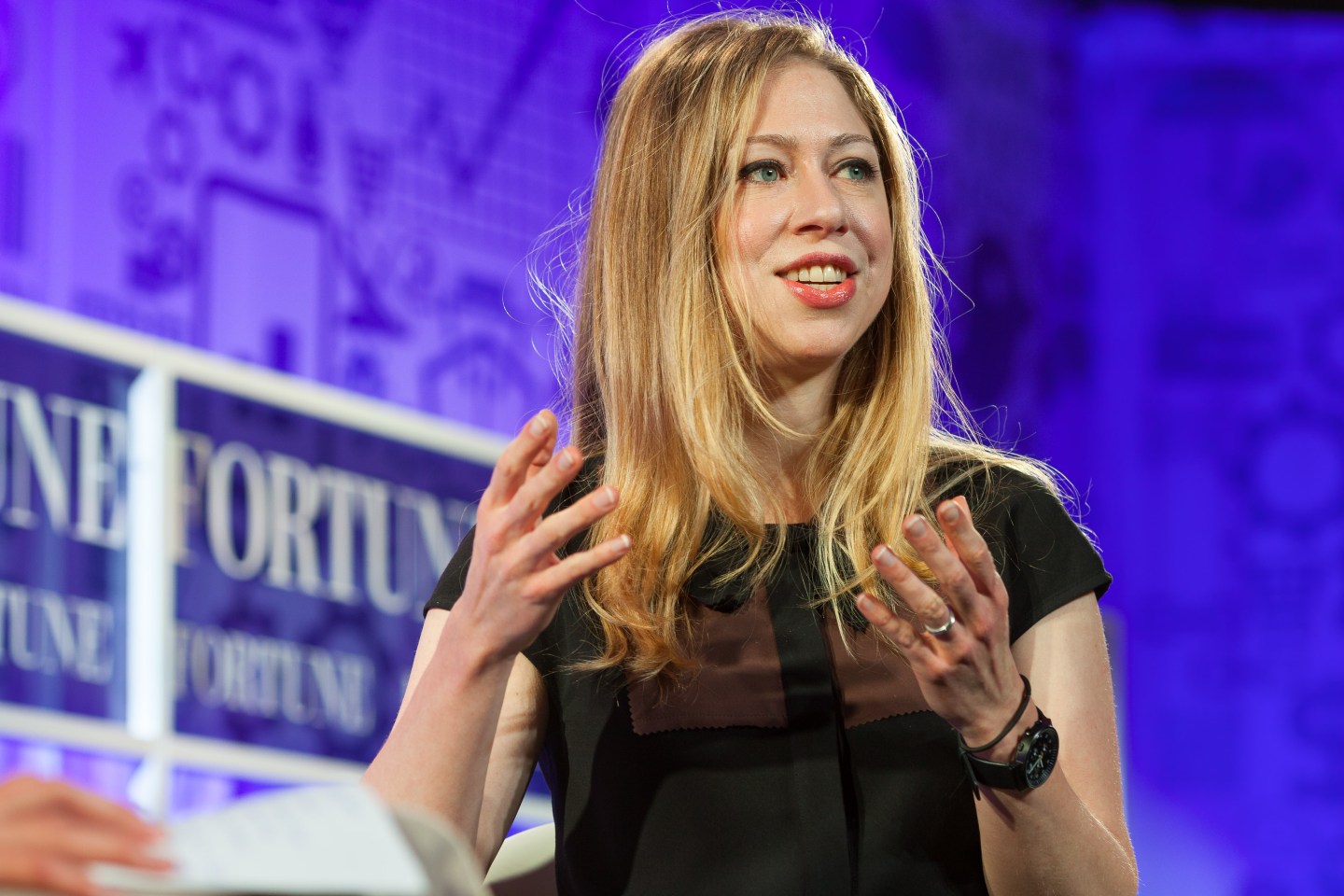 At one year old, Chelsea Clinton’s daughter Charlotte is barely talking, but her mother is already concerned with her tween years.

“I am so worried about middle school,” the Clinton Foundation vice chair told the audience at a Thursday evening panel discussion on women in technology co-hosted by the Foundation and SELF.

From kindergarten to third grade, girls have the same sky-high ambition as boys: “They want to be presidents, inventors, astronauts,” Clinton said. “They want to build stuff, invent stuff.” At about the fourth grade, however, this begins to deteriorate, and by eighth grade, “the schism is immense.”

The discussion about girls’ confidence plummeting during puberty has entered the public consciousness recently, thanks in large part to the viral Always campaign “Like a Girl.” The Always ads vividly illustrate the difference between how young girls and teen girls perceive the idea of doing something “like a girl.” To the younger set, the phrase means doing something with confidence and skill. To the older girls, it implies weakness, lack of courage, or apathy.

Research done by the campaign confirmed Clinton’s worries: 72% of girls believe that society limits them.

“[Pubescent girls] start to impose themselves into the stories they’re seeing,” Clinton explains. And many of the current stories say that girls have no place at the top.