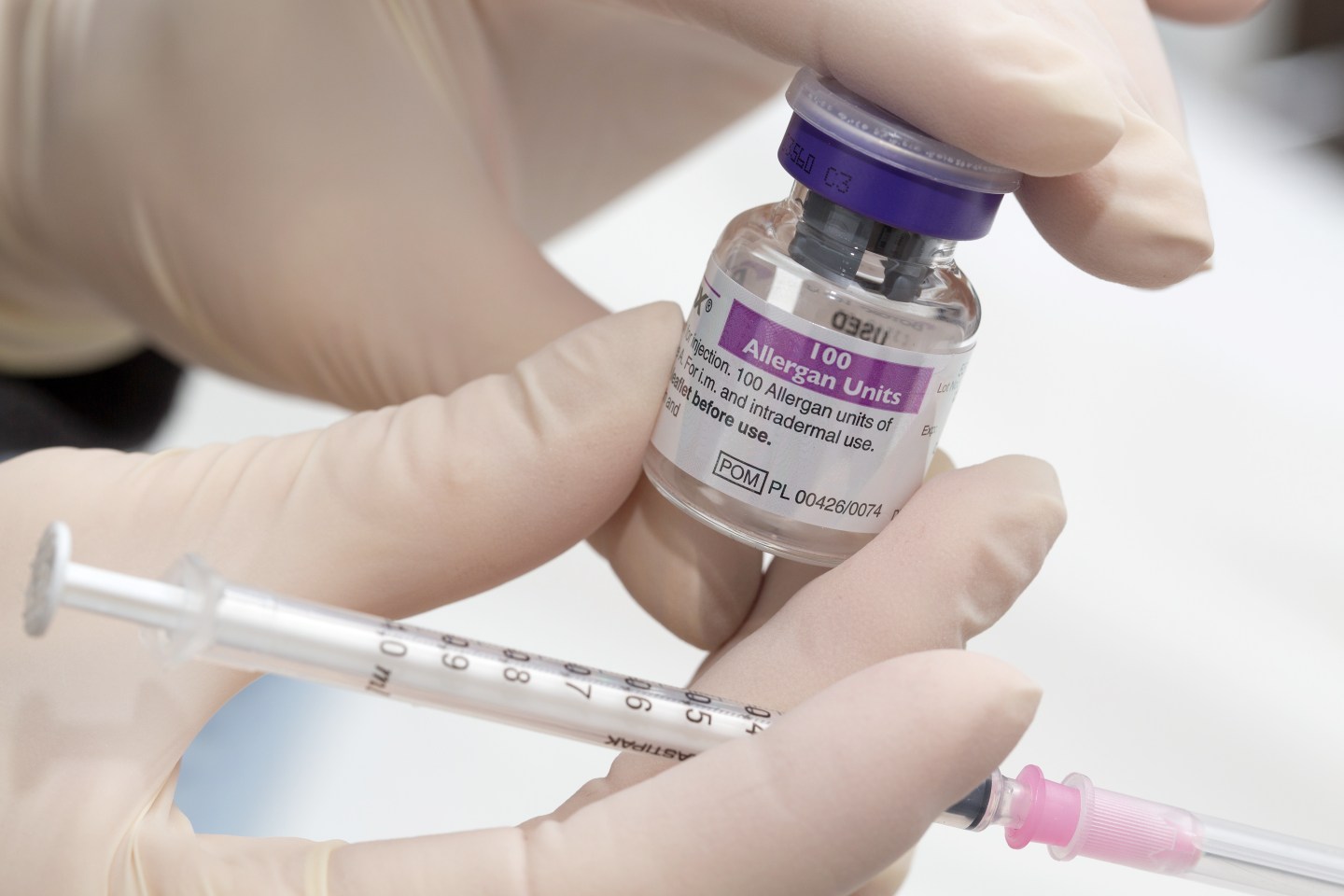 A clinical technician holds a syringe and a vial of Allergan Botox, produced by Allergan Inc., in this arranged photograph taken at a skin and beauty clinic in London, U.K., on Monday, Nov. 17, 2014. Actavis Plc agreed to pay about $66 billion for Allergan, a deal that creates a new top 10 drugmaker and ends Valeant Pharmaceuticals International Inc.'s attempt at a hostile takeover of the maker of Botox. Photographer: Jason Alden/Bloomberg via Getty Images
Photograph by Jason Alden — Bloomberg via Getty Images

Pfizer Inc. (PFE) and Allergan Inc. (AGN) are considering a merger that would create a drugs giant worth over $300 billion, according to The Wall Street Journal and The Financial Times.

If it comes off, the merger, would top off a blockbuster year for M&A in the pharmaceuticals sector this year that has seen over $800 billion worth of deals. Today’s Allergan, with a market capitalization of $112 billion, is itself the product of five major deals since 2012, including, only 11 months ago, a $66 billion deal with Actavis (read more about Allergan’s deal-driven evolution here). Pfizer’s market cap is around $217 billion. Together, they would eclipse Johnson & Johnson (JNJ) as the world’s largest healthcare company.

The pharma sector’s merger frenzy has been driven as much as by financial engineering as by the search for scale in a U.S. healthcare market rapidly evolving under the influence of the Affordable Care Act. One of the chief attractions of Allergan for Pfizer is its domicile in Ireland–the FT noted that Allergan had an effective tax rate of 4.8%, compared to Pfizer’s 25.5%. Pfizer had previously tried to shift its tax domicile abroad last year by buying U.K.-based AstraZeneca, but political and investor concerns scuppered the deal.

The WSJ reported that Pfizer, the maker of erectile dysfunction drug Viagra and Lipitor, once the world’s best-selling statin, approached Allergan recently, but said the process is still at an early stage and may not yield an agreement. Allergan’s best-known product is anti-wrinkle treatment Botox.