From Actavis to Allergan: One pharma company’s wild dealmaking journey 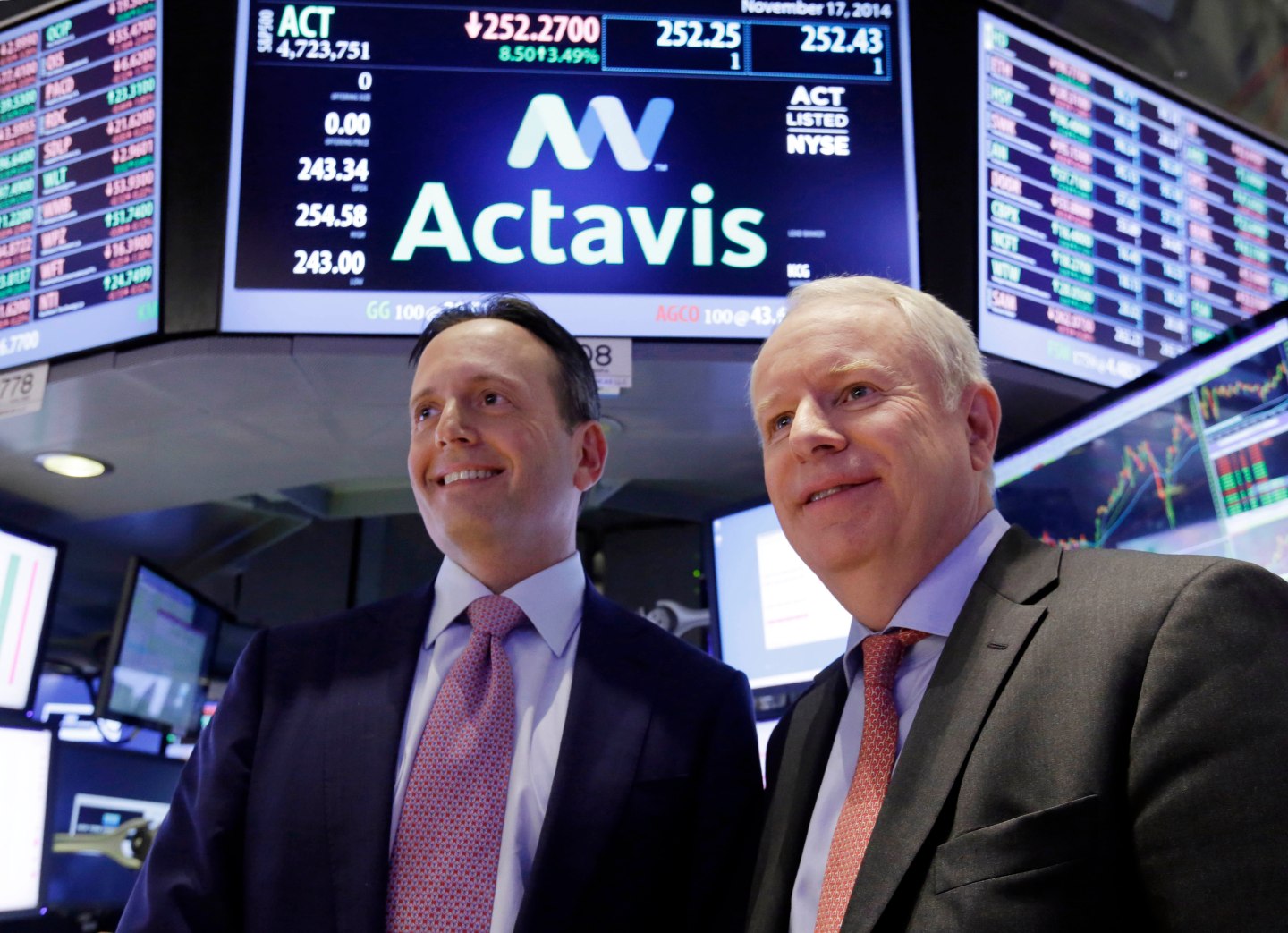 FILE - In this Nov. 17, 2014 file photo, Actavis CEO Brenton Saunders, left, and Allergan CEO David Pyott posse for a photo on the floor of the New York Stock Exchange. Actavis said Wednesday, Feb. 18, 2015 that it will adopt the Allergan corporate name after securing Actavis shareholders' approval for the switch at its annual meeting later this year. (AP Photo/Richard Drew, File)
Photograph by Richard Drew — AP

For a master class in mergers and acquisitions, one need only look at the company formerly known as Actavis. Now called Allergan, after its $70 billion acquisition of that maker of Botox last fall, the pharmaceutical firm has undertaken a dizzying series of deals in just the last few years, reinventing and renaming itself in a fashion that might make the artist formerly known as The Artist Formerly Known As Prince proud. This week alone, Allergan (AGN) announced plans to sell its generics business to Teva Pharmaceutical Industries(TEVA) and to scoop up biopharma firm Naurex. (For more on the frenzy of transformational M&A deals in the drug industry, see: “The real reasons for the pharma merger boom.”)

The company’s latest spate of takeovers is largely credited to CEO Brent Saunders, a veteran dealmaker who went on a roughly $100 billion run of transactions in the span of a year or so. His dealmaking resume predates his Allergan years. He was CEO of Bausch + Lomb for a little more than three years, during which he flipped the company to Valeant Pharmaceuticals for $8.7 billion in 2013. Less than four months later, he was named CEO at Forest Laboratories at the urging of activist investor Carl Icahn. Just five months after that, he sold Forest to Actavis for $25 billion and assumed the top job there. Since buying Allergan, he has begun articulating that he sees his strategy as an entirely “new industry model: Growth Pharma.”

Still, Allergan (and its predecessor companies) were doing globe-spanning M&A deals even before Saunders got there. For a look at the company’s whirlwind transformation, see the timeline below: