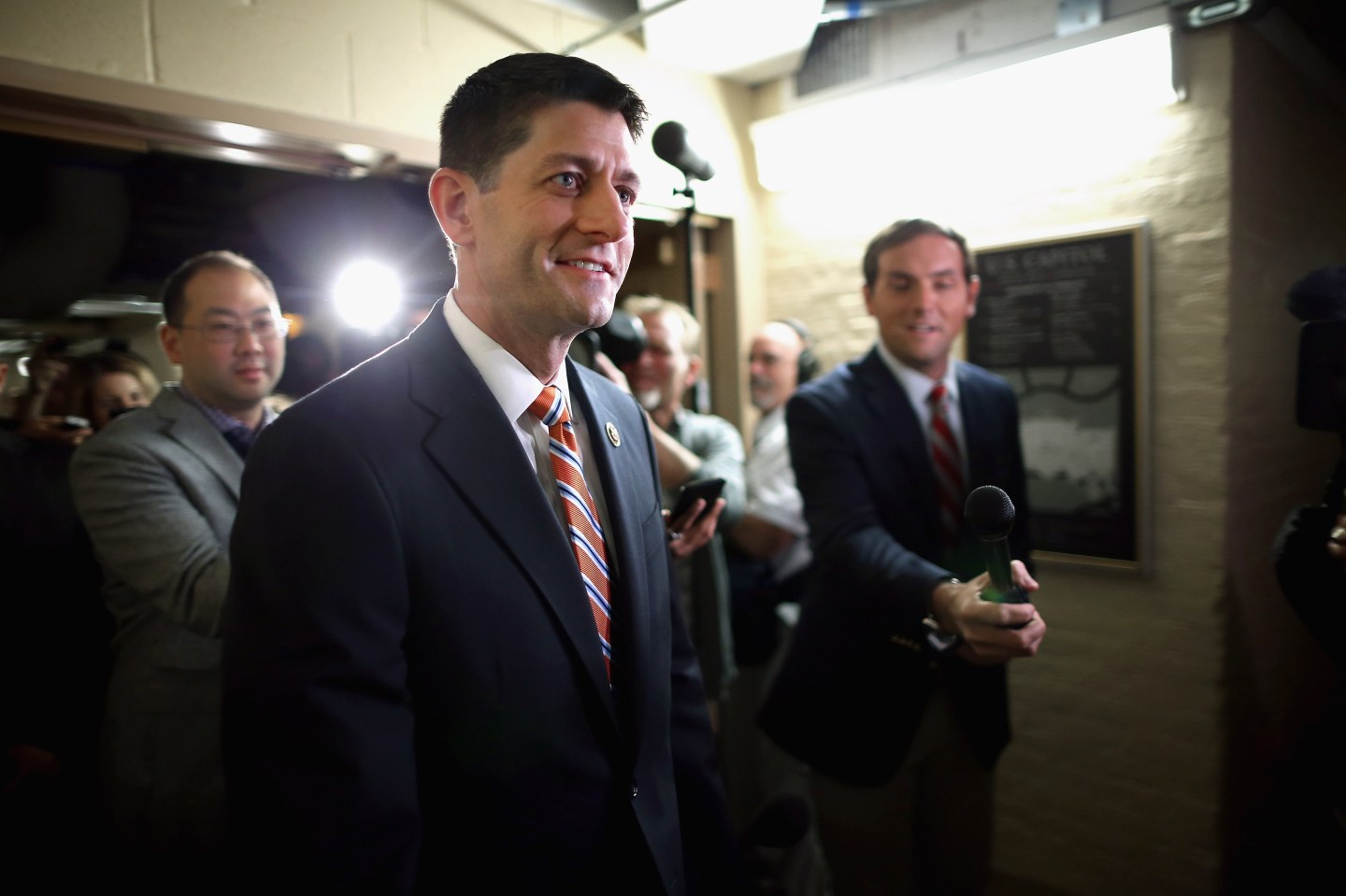 WASHINGTON, DC - OCTOBER 09: House Ways and Means Committee Chairman Paul Ryan (R-WI) heads for House Republican caucus meeting in the basement of the U.S. Capitol October 9, 2015 in Washington, DC. Many GOP members of the House are asking Ryan to be a candidate to succeed Speaker of the House John Boehner (R-OH) whose plans to retire at the end of October have been thrown into question after Majority Leader Kevin McCarthy (R-CA) announced Thursday he was pulling out of the race for Speaker. (Photo by Chip Somodevilla/Getty Images)
Chip Somodevilla Getty Images

Ryan replaces the outgoing John Boehner after a rebellion by conservative lawmakers forced Boehner to retire.

Ryan won 236 votes among the 247 Republicans in the chamber, suggesting the Wisconsin congressman was abandoned by only a handful of conservatives who pushed out Boehner.

Ryan moves to the number two succession spot for the presidency behind the vice president, a position he sought in 2012 as Mitt Romney’s running mate.

Ryan’s nomination this week capped weeks of turmoil as Republicans have struggled to unite behind a replacement for Boehner, who is expected to retire from Congress on Friday.

Ryan has never served in House leadership, but heads the tax-writing Ways and Means Committee and is widely respected among conservative Republicans for his budget plans. These have proposed deep cuts to social safety net programs and the effective privatization of Medicare coverage for seniors.