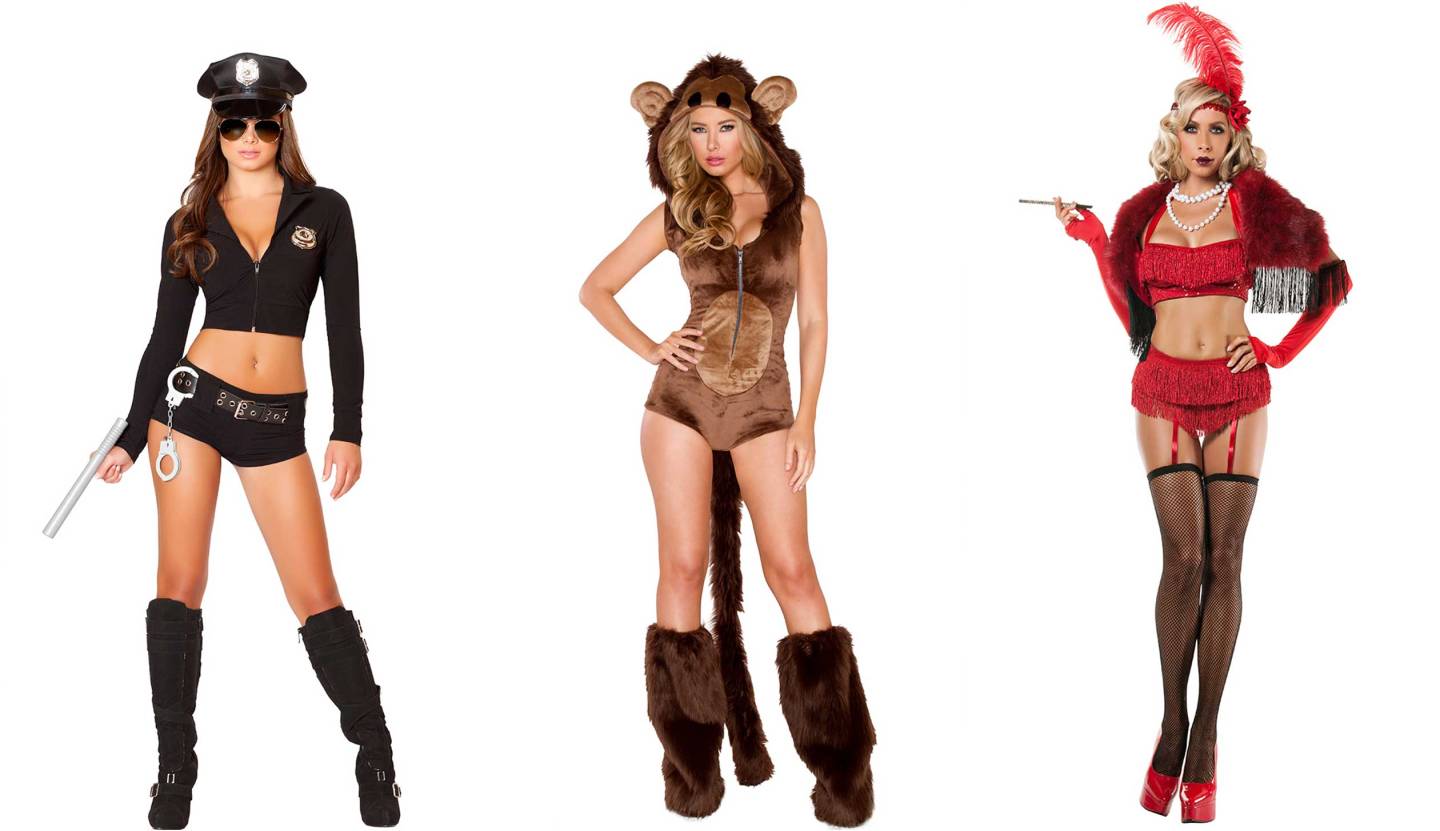 If you’re a parent and have gone shopping for a Halloween costume recently, you’ve probably seen the sexy police officer and been appalled. But if you done more clicking, you may be amazed at just how many sexy iterations there are —sexy Donald Trump and yes, even Sexy Pizza Rat, an homage to the meme that went viral earlier this year.

There’s a reason for that. Americans will spend $6.9 billion this year on Halloween, according to the National Retail Federation, and a chunk of that will be on these sexy costumes. Yandy.com, more than many, profits from Americans’ desire for sexy Halloween costumes. The private company says it expects to make $50 million this year, with 30% of that being earned in September and October, according to Money. CEO Chad Horstman told CNBC that he expects sales to reach $100 million within the next three years.

Chad Horstman is unapologetic about the 10-year-old company’s products. He says the company aims at “a certain type of girl with a lot of confidence who wants something unique and stands out from the crowd.” Halloween is about entertaining “and putting on a show by dressing up. If it’s not fun, it’s not a great costume.”

Horstman, whose previous businesses included sites selling cigars and pepper spray, launched Yandy.com with his brother as an e-commerce lingerie site. Soon, though, they saw the appeal of sexy Halloween costumes for women and decided to sell them. (They still sell lingerie, as well.) He claims they have been reaping in the cash, selling costumes not only for Halloween, but for concert festivals and themed parties. Hurstman’s background as a search engine marketer also has helped. Search “sexy” in front of any costume and Yandy.com will be one of the top results.

Yandy first introduced their exclusively branded costumes in 2010— Sexy Fox (Horstman’s favorite), Sexy Panda, and Sexy Polar Bear— costing some $150 each. The Phoenix-based 200-employee company also plans to expand into everyday lingerie. Perennial favorites like the sexy fox and SWAT costumes always sell well, but this year the top seller is #thedress. (You know, the one that became an Internet meme as people debated whether it was either white and gold or blue and black.)

In terms of competitors selling sexy Halloween costumes, there are few, according to Horstman. What about Party City and Amazon, which lists over 89,000 results when searching “sexy costume”? “Getting your costume from Amazon sounds lame,” Horstman says.

The company has certainly had its share of critics. One blogger, for instance, wrote that sexy costumes reflect a sexist culture, one in which “women exist primarily to be ‘on display,’ and that anything else they do is secondary to that.”

For his part, Horstman said he’s just providing consumers with a choice. “We’re empowering women to have a choice and this is what they’re choosing….Sexy sells best….We’re catering to the demographic.” Also, he says some women dress sexy to go out at night, and they want to do the same on Halloween. He says his site also offers other theatrical costumes that aren’t sexy, such as the below.

He even said he believes that one of his costumes, Twizzlers, might have done better had it been a bit less revealing. “All girls love Twizzlers.”

He said he doesn’t feel the company has ever crossed the line into bad taste, however. He says he models the business after Victoria’s Secret and Fredericks’ of Hollywood. If an item would be too revealing for either of those retailers, then Yandy.com won’t carry it either.

“Our costumes are meant to be funny and ridiculous. People need to see that,” said Horstman.

Yandy.com succeeds by jumping on fleeting viral moments, like the aforementioned pizza rat, which went from conception to on sale in 5 days. Or #thedress.

Is it black and blue or gold and white?yandy.com

Horstman told CNBC, “The way we think about it is … if a girl walks into a party, are people going to know what she is?” he said. “And step two … if she enters a costume contest, does she have a chance at winning?”

If both of those are your Halloween goals, Yandy.com is ready to deliver (as long as you order before 5 pm EST on Friday).