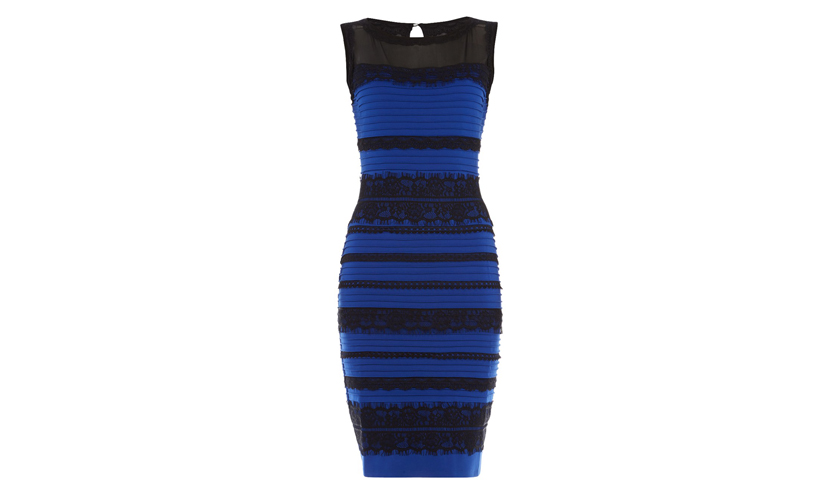 A dress that became Internet famous Thursday night is now a big seller for the company that makes it.

A picture of Roman Originals’ dress sparked a massive online debate over its true colors Thursday — gold and white or black and blue? The dress’ moment in the sun may turn out to be short-lived, but Roman is making the most of it by featuring the dress prominently on its website, where, for the record, it’s definitely black and blue.

A Roman spokesperson said the company’s sales are up 347% Friday compared to expectations as people come to look at the dress and end up shopping for other items as well.

The dress in question sells for £50.00 ($77.13) and is available in three other color combinations, none of which are gold and white.