First Data’s post-IPO earnings disappoint, but it’s well on the road to recovery 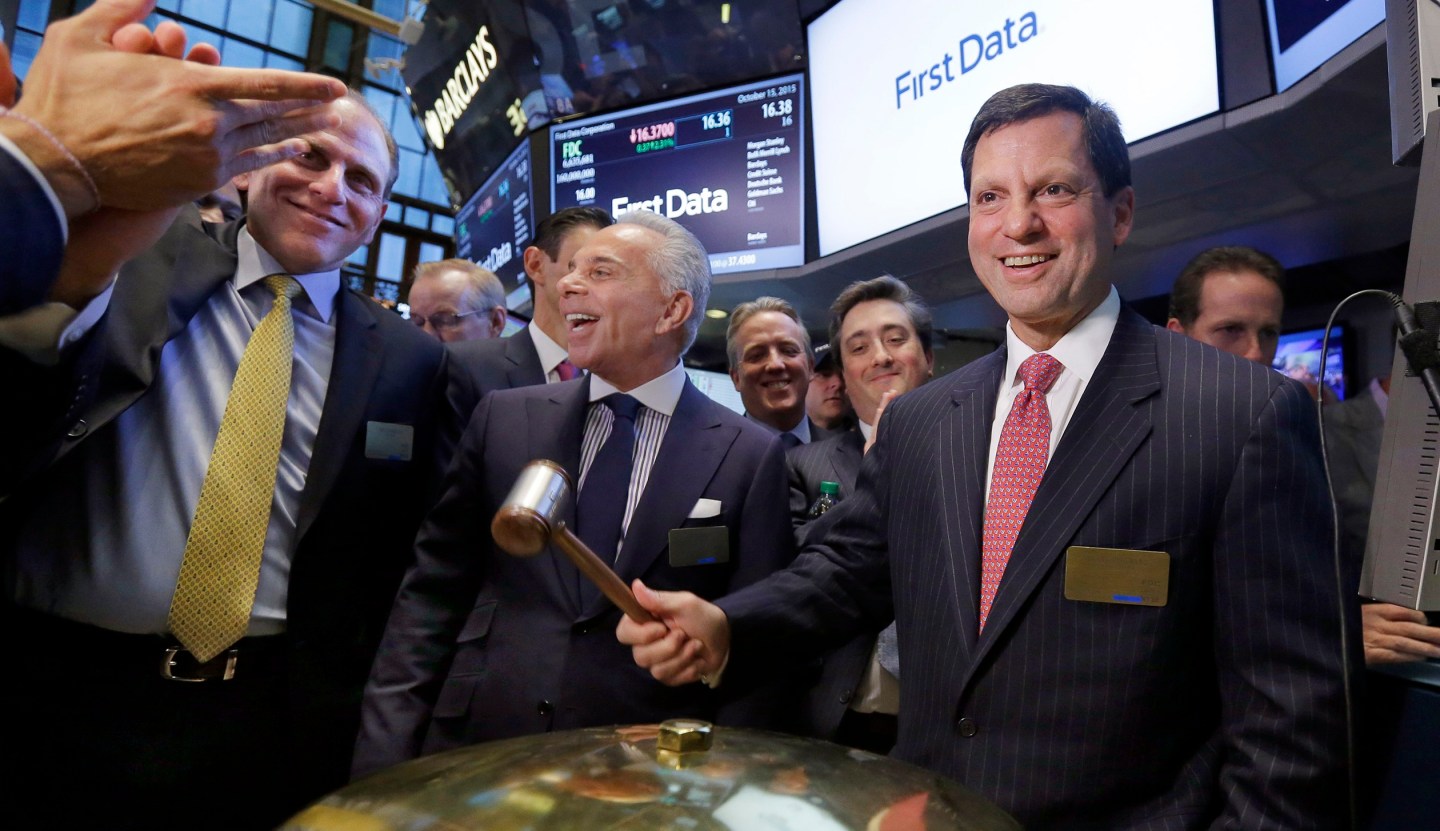 On Tuesday, payments processing firm First Data reported quarterly earnings as a public company for the first time in eight years. The announcement came just 12 days after it raised $2.8 billion in the biggest IPO of 2015. Wall Street wasn’t impressed: First Data’s shares, purchased by underwriters at $16 a share, sank by 5.6% by the market close to $15.45.

The selloff was something of a surprise, as the results were mixed rather than highly disappointing. On the plus side, revenues rose by a strong 5% over the third quarter of 2014 to $2.9 billion. The rub was free cash flow, which was a negative $9 million; the deficit was caused mainly by gigantic cash interest payments, totaling $584 million for the quarter.

Indeed, it’s First Data’s towering debt burden that makes investors nervous. After deploying the proceeds from the IPO to repay high-interest borrowings, First Data will still hold $18.5 billion in debt. That’s 9.2 times its slender equity, about 18 times the ratio for most reasonably leveraged companies, which typically hold about twice as much equity as debt.

Still, let’s look past the debt and measure how well First Data’s new management, led by CEO Frank Bisignano, is running the basic business. To get an accurate picture, it’s important to examine how much cash First Data generates excluding interest and taxes. The size of those two items isn’t influenced by how well First Data operates its tech centers or how successfully it markets its payment services. Indeed, its big debt load is a legacy of its 2007 LBO, the sixth largest in U.S. history.

The best yardstick for drilling down to essentials is COROA, or cash operating return on assets, which was developed by Jack Ciesielski, the author of the Analyst’s Accounting Observer newsletter. In COROA, the numerator is cash from operations, plus cash taxes and interest. By adding back the latter two items, COROA eliminates the effects of leverage and tax payments, which have nothing to do with a company’s operations. COROA then measures how much cash is being generated from every dollar ever invested in computers, research centers, and everything else.

For a manufacturing company, a COROA approaching 9% would already be pretty good. But it’s below the norm for the payments processing business, which has lots of appeal because it’s both light on assets and growing rapidly, and competitors can add new customers with minimal additional investment in new computers, servers and call centers. So returns, including COROA, tend to be well above the average of most industries.

Last year, Vantiv, one of First Data’s principal competitors, posted a COROA of 11.6%. And rival Fiserv clocked in at 17.7%. First Data did almost catch a third player, Global Payments, which registered 8.9%.

Visa, which operates a big “payment network” that coordinates transactions between merchants, processors, and the banks, is one of America’s great COROA performers, as its $189 billion market cap attests. Last year, its cash return on assets stood at a stupendous 24.3%.

The question is, can Bisignano keep First Data marching towards the industry norm, which is well over 10%, or even higher? Despite the recent stock selloff, the signals look good: First Data is growing again after three years of flat sales, and its new Clover terminal, which offers merchants a world of creative features, has the potential to quicken the pace.

How much First Data boosts COROA will spell the difference between a modest success and a triumph. So don’t yawn over COROA—or the “boring” world of payments processing. It’s an industry that’s ideally suited to adding piles of cash flow with dollops of new capital. And that just happens to be a prize Bisignano is highly qualified to capture.