A strong dollar could derail the Fed’s interest rate plans 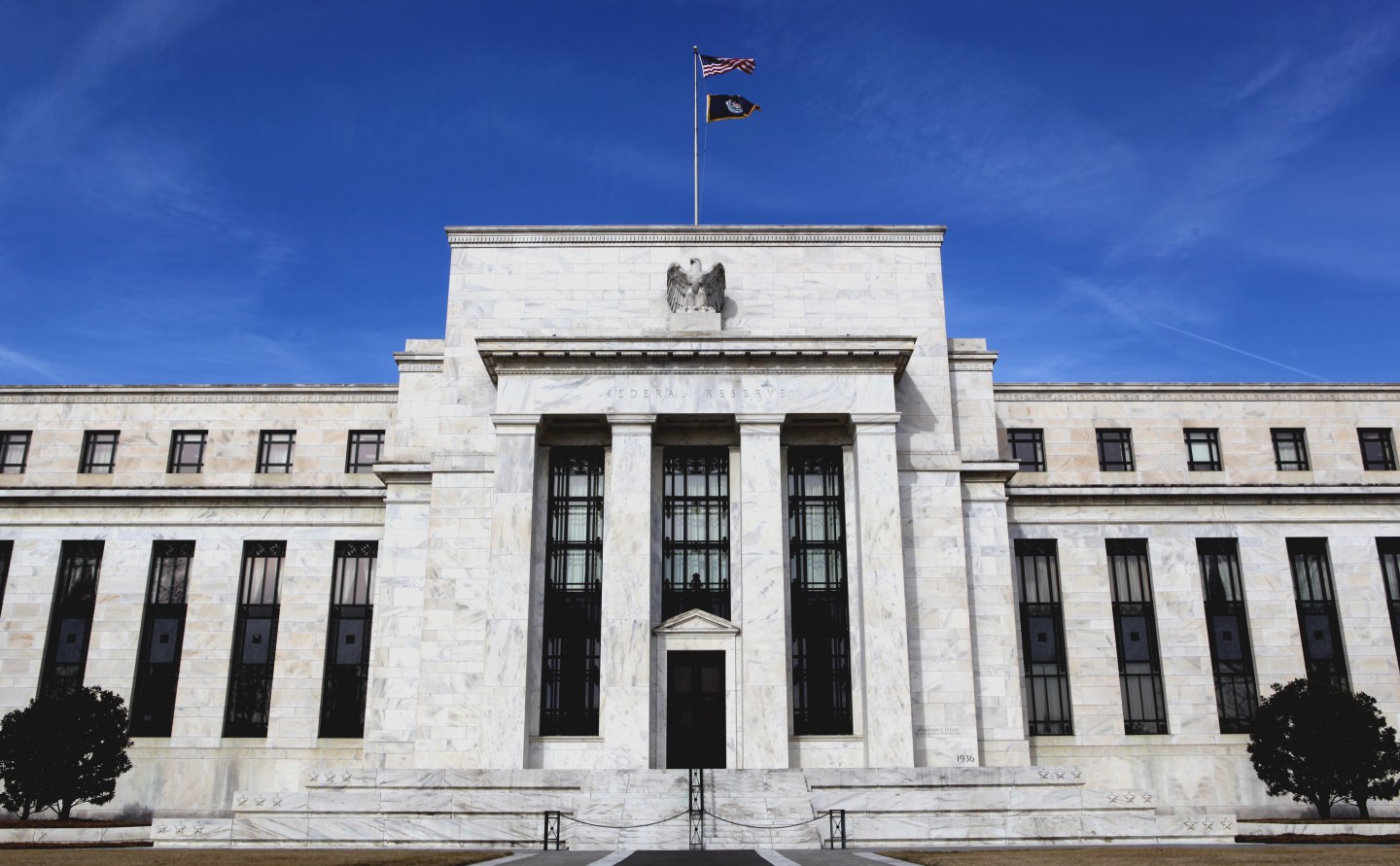 As expected, Janet Yellen and the rest of the Federal Open Market Committee decided to keep interest rates at near zero, at least for the time being.

Markets are interpreting the statement as hawkish, with futures markets upping their estimate of the chances of a December hike to 47% from 34% just before the Fed’s statement, according to Reuters.

As Jim O’Sullivan of High Frequency Economics points out in a note to clients, there are a couple reasons why the statement can be interpreted as an indication of a more hawkish Fed. For one, the statement specifically indicated that the central bank would be watching the economic data closely to determine whether it would be appropriate to raise rates, “at its next meeting.”

Furthermore, O’Sullivan points out, the Fed seems to be a lot less worried about global growth abroad than it was a month ago. It completely dropped the line, included in the last statement, “Recent global economic and financial developments may restrain economic activity somewhat and are likely to put further downward pressure on inflation in the near term.” Now, the statement says that such activities are simply being “monitored.”

But what should the rest of us make of the Fed feeling a-okay about the global economy? Currency markets don’t seem to buy the complacency, as the U.S. dollar index shot up 1.3% in the minutes following the announcement, just another in a series of rallies that the dollar has staged all year long.

Which brings us to a question the Federal Reserve has set aside: as central banks across the world engage in unprecedented stimulus, what effect will all of this have on exchange rates? Nearly every advanced-economy central bank, from the Federal Reserve to the ECB to the Bank of Japan, has spent the past few years buying their own government debt in order to push down long-term interest rates. The Fed, meanwhile, has stopped its bond buying program and is even talking about raising rates, but the rest of the rich world, and even middle-income countries like China, are stuck on stimulus.

Take Japan, for instance. Its central bank has committed to buying 80 trillion yen per year in bonds in an effort to stave off deflation and GDP contraction. Despite these massive purchases, analysts fear that the world’s third-largest economy has yet again fallen into recession. European Central Bank President Mario Draghi has hinted strongly in recent days that the ECB would expand its stimulus program after it meets again in December, which prompted the Swiss and Swedish central banks to publicly state that they too would consider more stimulus measures to prevent their currencies from appreciating too much against the euro.

It was one thing when every rich central bank was flooding the banking system with reserves. That helped stimulate demand at home and abroad as it put more money in the pockets of consumers to spend on both imports and exports. But as the Fed looks to tighten, this logic breaks down. A stronger dollar will make U.S. goods more expensive abroad at a time when America is desperate for the middle-skill, middle-income jobs that an export sector can provide. And yes, a strong dollar does increase the purchasing power of U.S. consumers. But for the millions of Americans who are unemployed or underemployed and struggling with rising prices of necessities like education and healthcare, cheaper electronics from East Asia is not going to help much.

Central banks, of course, do their utmost to avoid these questions. Their job is to adjust the money supply so it helps the economy overall. But if the Fed continues to court an ever stronger dollar, it’s difficult to see how the central bank will avoid getting pulled into a heated political debate about what the strong dollar is imposing on the American people and the benefits it is giving our economic competitors.