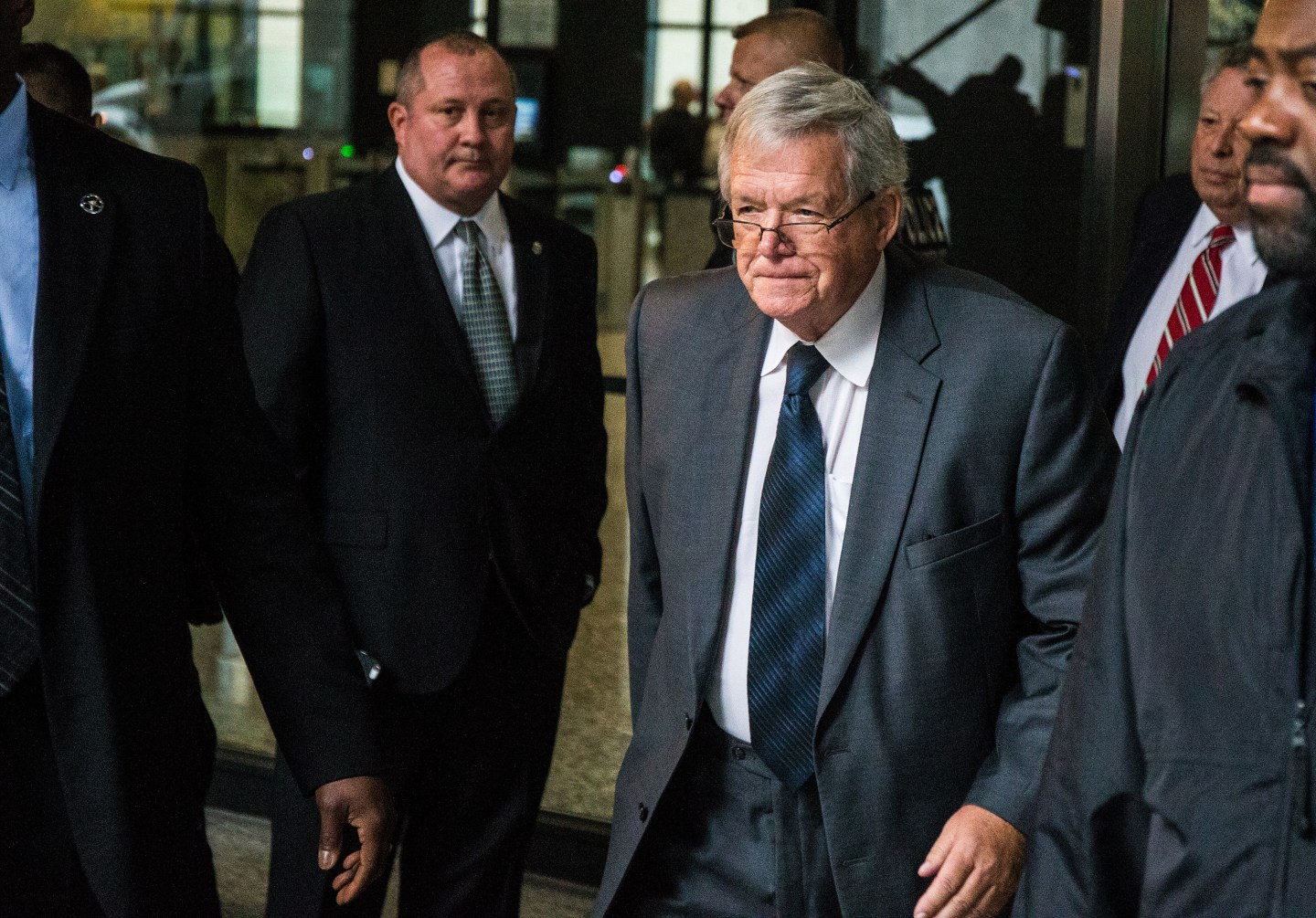 Dennis Hastert pleaded guilty Wednesday to lying to the FBI in a hush-money scheme, the Associated Press reported.

The former House Speaker has agreed to a deal with federal prosecutors that recommends he serve no more than six months in prison, averting a trial in the case, the AP said.

A judge, however, could go beyond that recommendation and give the former House speaker up to five years in prison, according to the AP.

The indictment accuses Hastert of arranging cash withdrawals totaling $1.7 million in a way meant to avoid the notice of bank officials. When federal authorities asked about the withdrawals, he allegedly lied about them, according to the New York Times.

Read more about the case here.