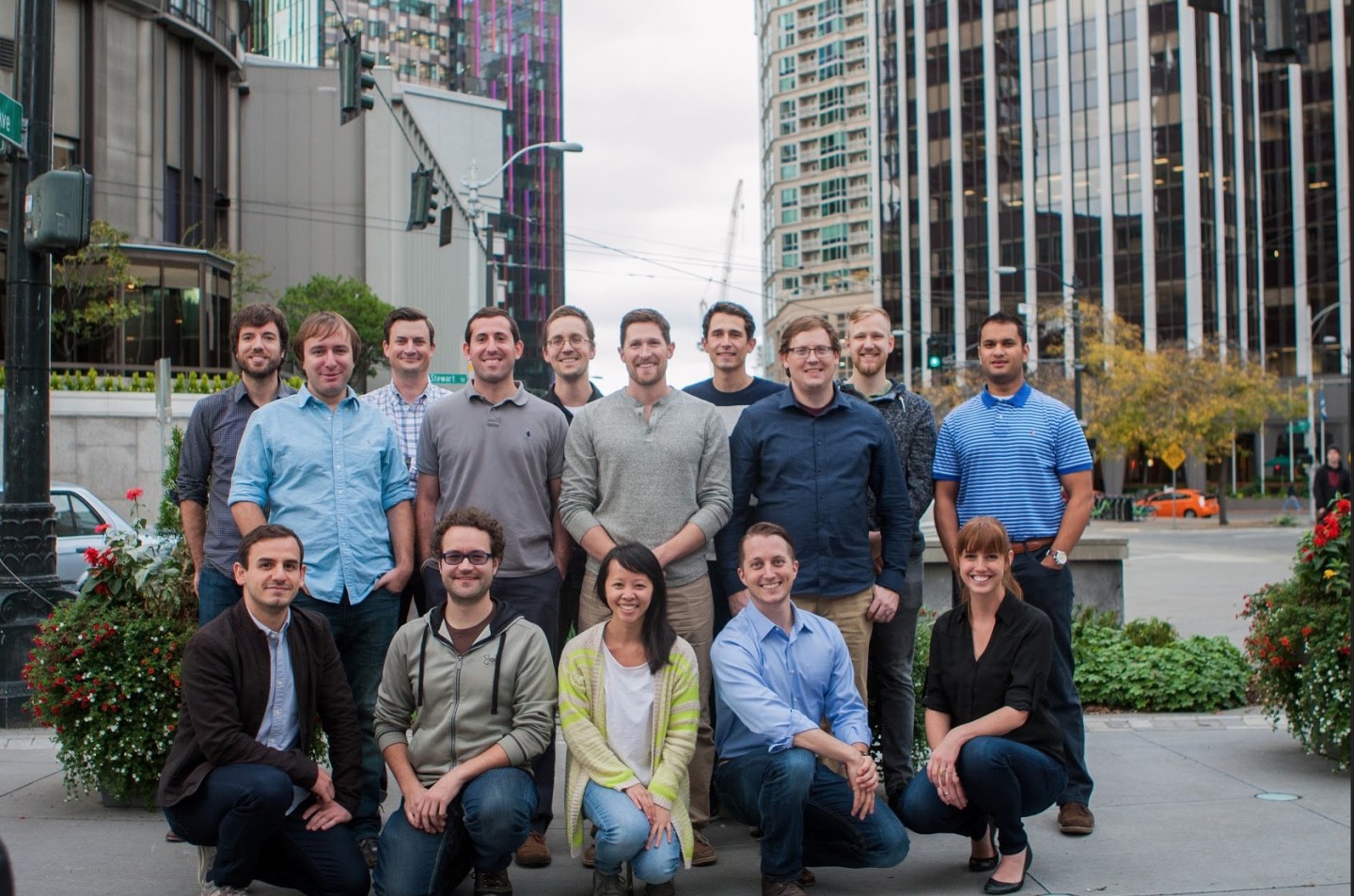 In a world full of silly apps, it’s nice to see a startup tackling a real problem, like making sure the stuff that people make and sell gets delivered efficiently.

It’s using that money to build out a service that matches up local truckers (or carriers) with companies with products that have to get from Point A to Point B.

Local freight shipping is an extremely fragmented market, with lots of small proprietors. Washington state alone has more than 24,000 such companies, Dan Lewis, founder and chief executive of Convoy, told Fortune. Lewis has done stints at Microsoft and Amazon, and was a top product executive at a startup (Wavii) that was acquired by Google(GOOG) . And he may have transportation logistics in his DNA: A great grandfather ran a ferry business in Seattle.

Right now the process of finding a carrier to handle a given load typically involves a round-robin of calls between the customer, a broker, and the carriers. The broker acts as a go-between to find an open carrier, work out price, and book the business. “It’s a very manual and phone-taggy process,” Lewis said.

For their trouble, the brokers charge anywhere from 20% to 45% of the job’s worth, Lewis said.

Convoy’s aim is to automate that process, putting the customer together with the carrier using a back-end system running on Amazon Web Services and an Android app on the front end. A version that uses Apple’s iOS mobile software is coming soon.

“We offer jobs based on what we know about the trucking company,” said Lewis, whose startup is in Seattle. “They can accept or not accept the job.”

Convoy isn’t the only company trying to expedite shipping. Uship is one example. But Lewis said that is another consumer-facing service, it covers a broad geographic area, and it uses the reverse-auction model: I need to move this box to this state, bid on that work and the lowest price wins.

Convoy, on the other hand, is all about business-to-business and it’s focusing on local markets, initially in Washington. Lewis says that market is riddled with inefficiencies that can be eliminated in a way that allows Convoy and carriers to profit because the shippers can book more business. As well, customers with the freight will pay lower fees because Convoy will charge a smaller percentage than traditional brokers.

Instead of running an auction, Convoy matches up jobs with carriers based on its knowledge of both parties.

David Stober, chief executive of shipper Guided Products, has been using the service and is bullish. “With Convoy, you book the job and you can forget about it,” he said. The service tracks the shipment after the deal is agreed to by both parties.

Asked how this startup has attracted such big-name investors, another backer, Brad Silverberg, who co-founded Fuel Capital said: “It’s an impressive business idea, an impressive team.”

Lewis sees plenty of opportunity. There are many new-age companies like Instacart, various shopping services, and Uber that focus on the “last mile” or the consumer. But there is much less attention paid to what he calls the second-to-last or middle-mile, where businesses have to get parts and products to other businesses.