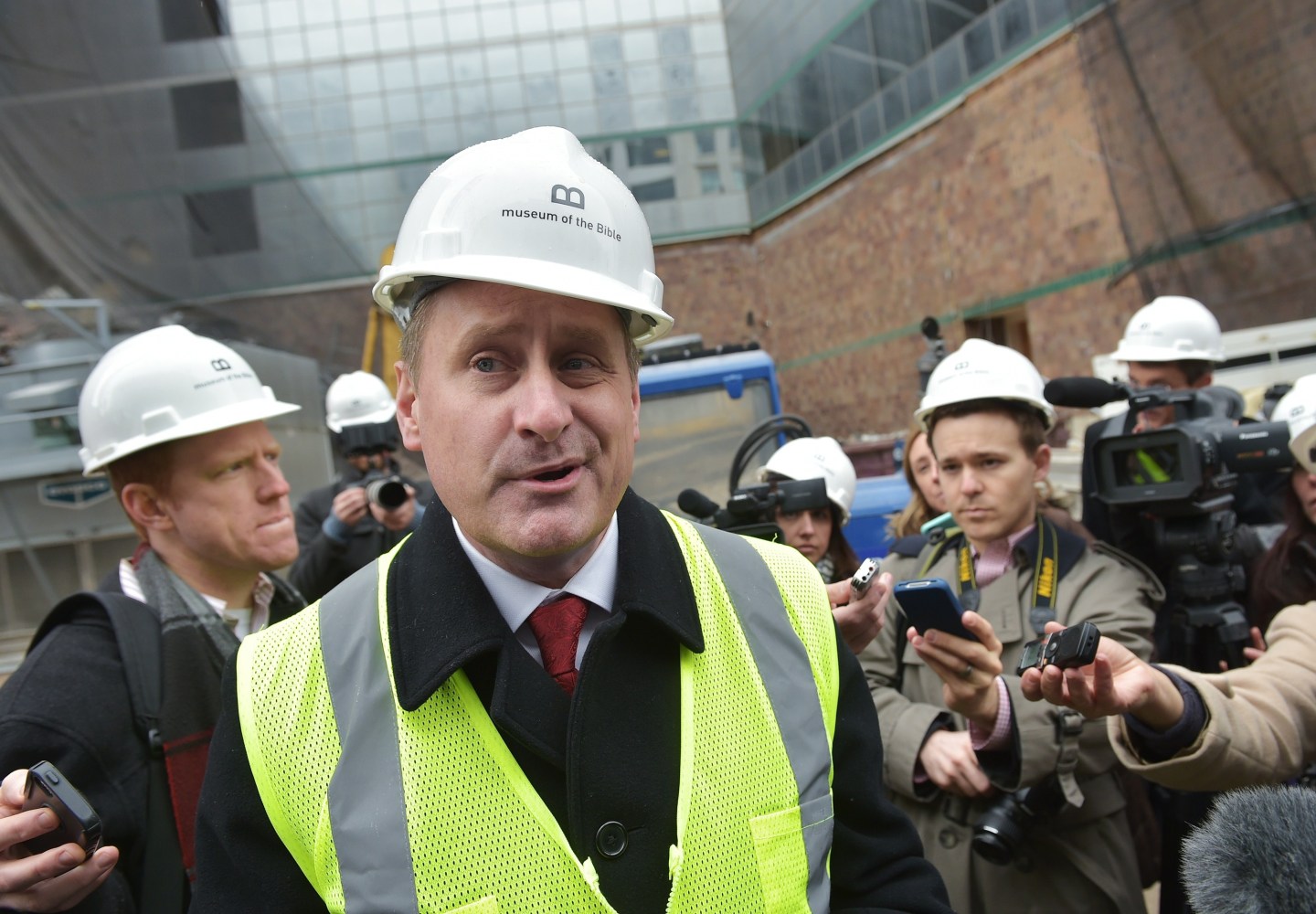 The Hobby Lobby corporation has been under investigation for four years following the alleged illegal importation of ancient artifacts, The Daily Beast reports.

The investigation began in 2011 when a shipment was stopped by U.S. Customs agents. They found between 200 and 300 tablets inscribed with cuneiform, the written language of ancient Assyria and Babylonia, which is present-day Iraq. The ancient artifacts, thousands of years old, were being shipped from Israel to Oklahoma City. The intended receiver was the Hobby Lobby Corporation.

The tablets were meant to be displayed at the Museum of the Bible, scheduled to open in D.C. in 2017, a project that the Greens are funding. Cary Summers, president of the museum, told the Daily Beast that the artifacts were “held up in customs” due to “incomplete paperwork.”

A source familiar with the case provided the publication with contrasting information, saying the paperwork had been filled out in a way that was likely meant to mislead U.S. Customs agents about the true identification of the objects.

The forms claim that the “hand-crafted clay tiles,” which was one description used, are worth $300. The description is technically correct, but the valuation is massively underestimated. Additional items are described as “tile samples,” an inaccurate report of what was actually being transported.

When Hobby Lobby President Steve Green spoke to the Daily Beast, he said, “Is it possible that we have some illicit [artifacts]? That’s possible.” The Green family owns around 40,000 ancient artifacts.

If this investigation results in prosecution, it’s likely that the artifacts in question will be confiscated by the government and the Green family will be forced to pay a fine, but likely nothing that will drastically affect their net worth; Forbes estimates CEO David Green is worth $5.5 billion.

Hobby Lobby, a chain of arts and crafts stores, received a lot of attention last year for winning a controversial Supreme Court case. The corporation and the Green family, its religious owners, argued that covering certain forms of birth control for employees is inconsistent with their Christian beliefs.