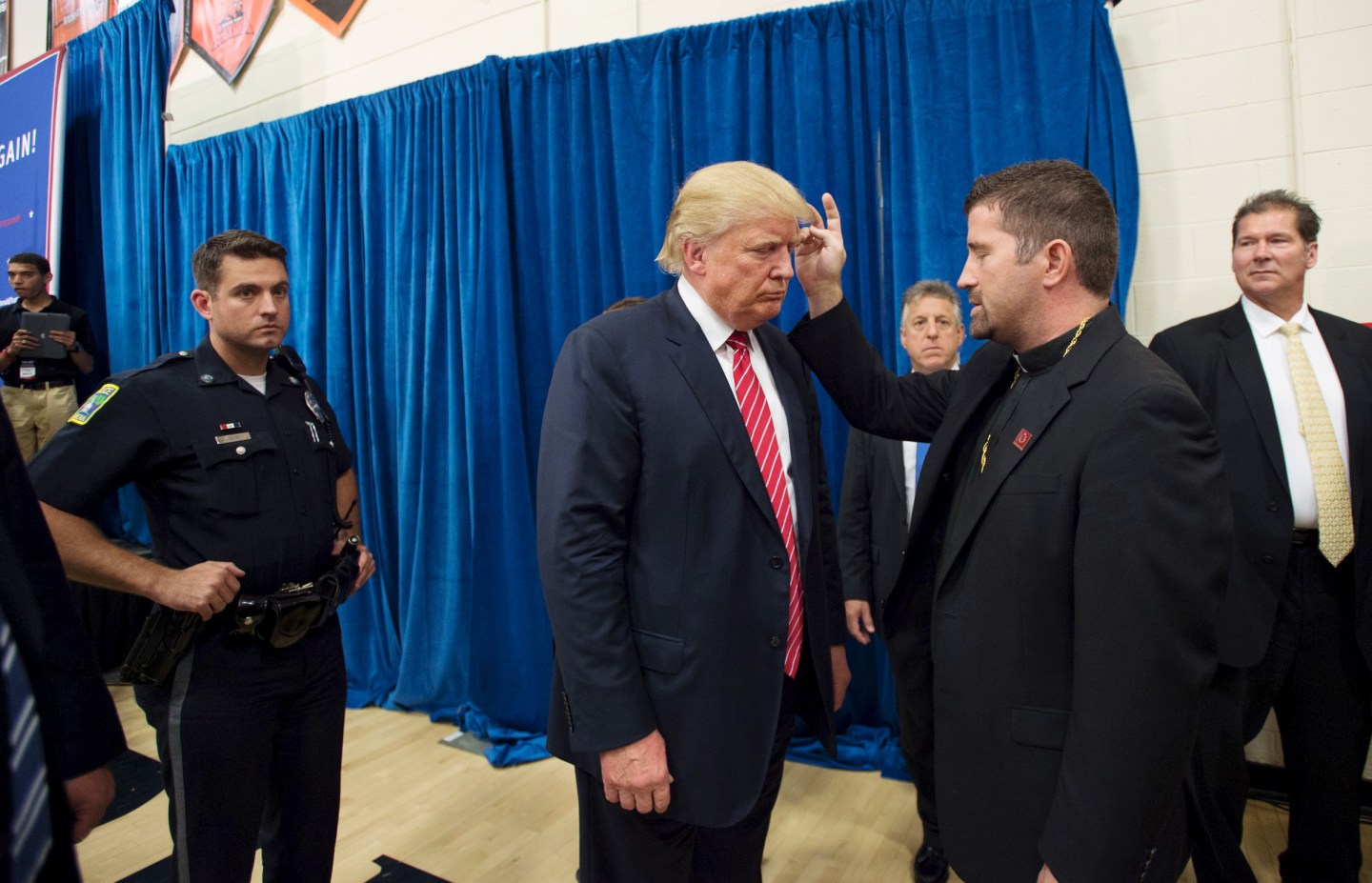 Hedge fund manager Rev. Emmanuel Lemelson has only two rules for his investors: don’t worry about short-term losses, and pray for the fund.

The part-time fund manager, part-time Greek Orthodox priest runs a small outfit called the Amvona Fund LP that manages around $20 million, according to a profile in the Wall Street Journal. (That’s paltry enough in the finance world to be exempt from regular compliance tests by the Security and Exchange Commission.) With a performance fee above the industry norm at 25%, Lemelson has earned millions of dollars in the past few years.

“Let’s not be poor because we’re pretending to be pious, when we really just couldn’t figure out how to make a better living,” Lemelson told the Journal. “My whole life I always knew things before they happened. I guess it’s just a gift from God.”

His fund enjoyed returns of around 150% until the middle of 2015, when it began to record declines. But Lemelson isn’t an outlier there: global market volatility this summer led far more established funds, like David Einhorn’s Greenlight Capital and William Ackman’s Pershing Square Capital Management, to record substantial losses as well.

Lemelson told the Journal that he subscribes to a theory he calls “the supreme capital allocation decision:” wealth and saintliness are not contradictory if the banker helps the poor.