Donald Trump might be resilient, but it’s not enough to make him president 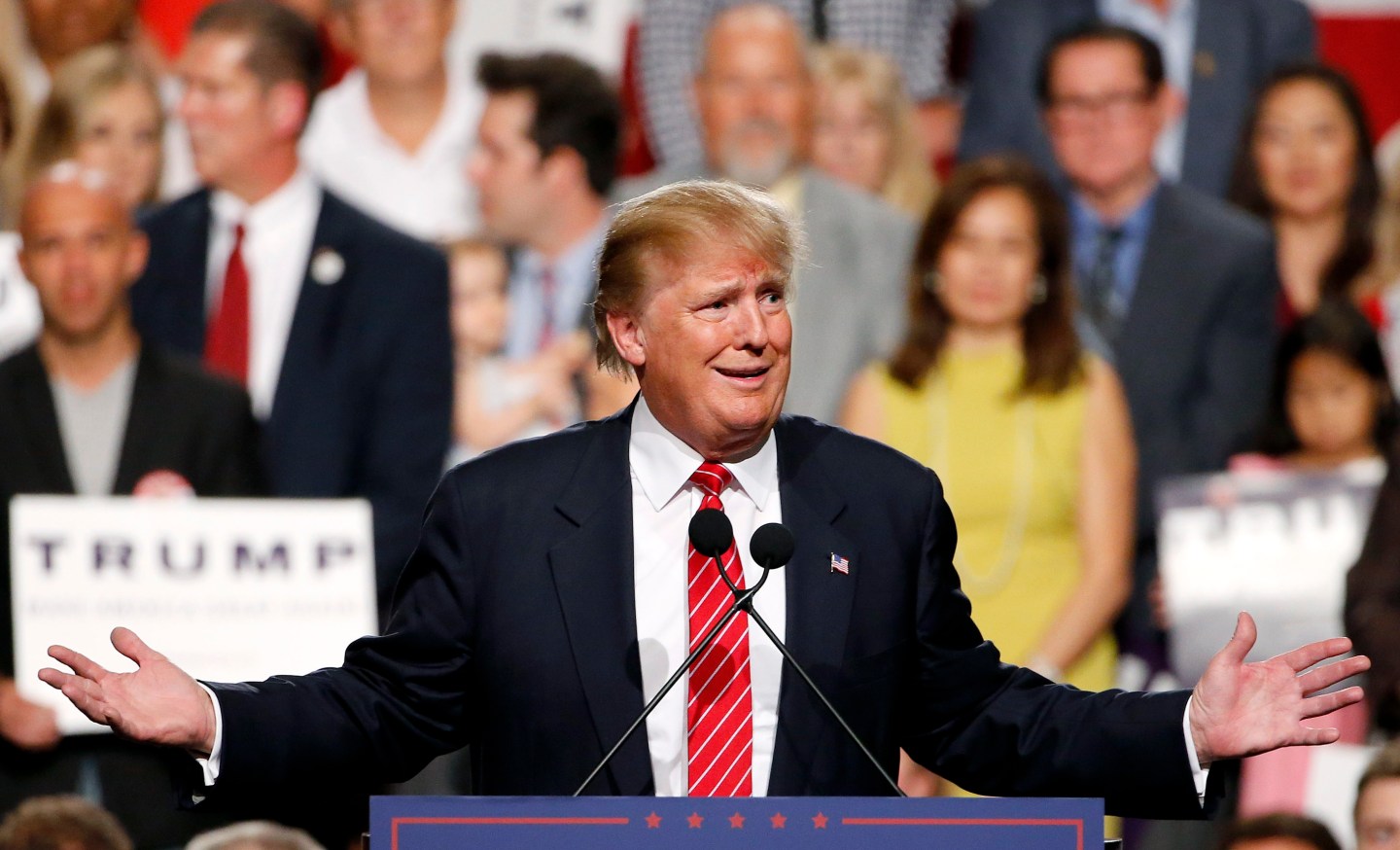 The rise of Donald Trump has been fascinating and totally mind-boggling to many Americans. For the first time in months, however, a national poll shows that the Donald is not leading the Republican 2016 primary race, and instead Ben Carson is in first place. With the second Republican debate scheduled Wednesday, it’s an interesting time to look at Trump’s level of resilience, and whether he has what it takes to bounce back, or if it’s more likely that he’ll continue to fall behind.

While it’s clear that plenty of people are in agreement with his politics, Trump’s brash, smug and uncouth behavior is atypical of most presidential candidates. As someone who has studied positive psychology and the power of resilience for more than 20 years, I’ve seen in my work with large corporations, educational institutions and individuals that the power of resilience is critical for someone in a leadership position. Under pressure from the government, the public, international allies and more, the president must be able to handle each situation with confidence and humility, see things for what they are and respond accordingly.

So, is Trump resilient?

Let’s take a closer look at how The Donald measures against the seven fundamental characteristics of resilient people:

Problem solving: Throughout his career, Trump has filed for bankruptcy four times, a point his opponents continue to bring up. This has hardly phased him – each time explaining that he has leveraged bankruptcy laws in order to improve business dealings. Trump is unafraid to face a challenge or something considered taboo and use it toward his advantage.

Self-confidence: Never one for modesty, Trump has no issue professing his strengths to the public. In an early interview during his campaign, he said he’s the most successful person to ever run for president; Chicago Tribune said he’d do well, because that’s what he does in life. He also claimed to the Telegraph that all the women on The Apprentice flirted with him – and that was to be expected.

Optimism: It can even be argued that Trump’s campaign slogan – “make America great again” – is a sign of his optimistic attitude. While it might have a negative implication, Trump and his supporters are hopeful that he can make a major difference if he’s elected to office.

Sense of adventure: While Trump was inspired by his father’s real estate empire – which still is the foundation of his businesses – he has continued to diversify and take advantage of new opportunities. From menswear to golf courses, a television show and restaurants, Trump has continually welcomed new challenges – including a run for the White House. Trump has four of the seven traits of resilience – but there are three more ingredients in the resilience mix that have the potential to derail him on his pursuit of the presidency.

Emotion regulation: When Megyn Kelly questioned Trump’s comments about women, he fired back immediately after the debate saying she “bombed” and wasn’t professional. Weeks later, Trump continued to target her on Twitter. This behavior shows Trump’s lack of ability to regulate his emotions – clearly Kelly’s comments struck a chord, and Trump couldn’t let it go.

Impulse control: Trump is quick to react to any situation that makes him feel uncomfortable, upset or angry and rarely is forgiving about it. Take for example, his ejecting of Univision anchor Jorge Ramos at a recent press conference. While it’s understandable to get frustrated during hectic press events, the pointing and demanding of an anchor being escorted from the building – not to mention someone who has influence over a powerful population of voters – may not have been in Trump’s best interest.

Empathy: Most presidential campaigns include taking jabs at the other candidates and their politics – but Trump seems to take it to another level, going for more personal attacks than his peers. For instance, making remarks about Carly Fiorina and Rand Paul’s appearances, and even bringing Jeb Bush’s wife into the conversation.

So, is The Donald resilient? While he has definite strengths, three key factors of resilience are holding him back. Whether you’re resilient or not, you tend to manage well when things are good. If the voters don’t come through for him in the Iowa primary, if his resilience liabilities are greater than his strengths, we may see the wheels start to come off the Donald’s ride.

Andrew Shatté is Chief Science Officer of meQuilibrium, a digital resilience training platform that works with companies and healthcare providers to help employees build resilience and better cope with stress.