Donald Trump is no longer the Republican favorite 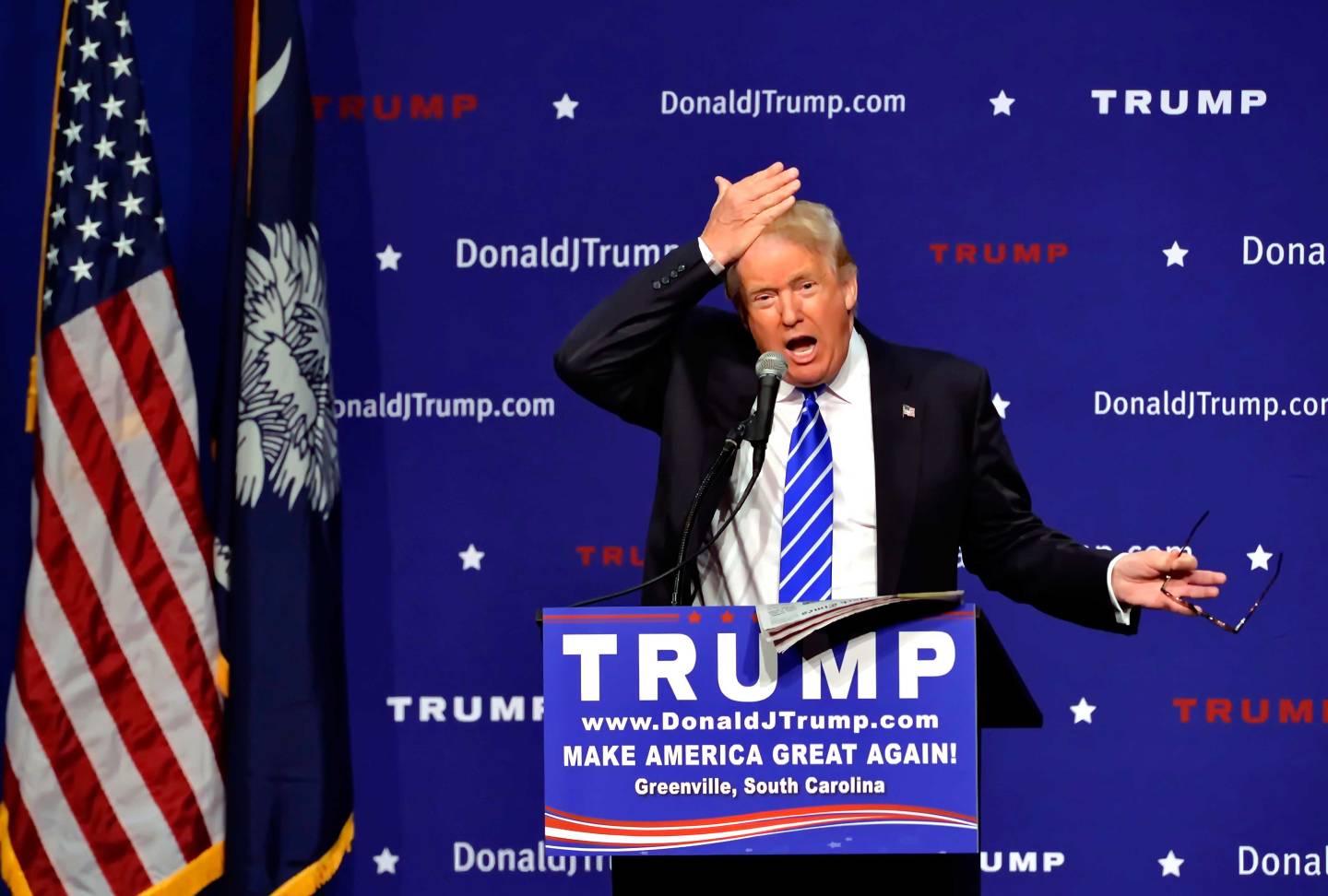 Republican presidential candidate Donald Trump pulls his hair back to show that it is not a toupee while speaking during a rally at the TD Convention Center, Thursday, Aug. 27, 2015, in Greenville, S.C. Trump says his trademark hairdo is for real. He told 1,800 people in South Carolina Thursday: "It's my hair ... I swear." (AP Photo/Richard Shiro)
Photograph by Richard Shiro — AP

Donald Trump has slipped behind another Republican presidential contender in the latest jointly commissioned poll by CBS News and the New York Times.

In the national phone-conducted survey, 26% of Republican primary voters sided with Carson, versus 22% who chose the real estate mogul. The change represents a 5-point swing compared to a poll conducted earlier in the month, the New York Times reports.

(That said: The latest poll’s 4-point difference between Trump and Carson falls within its 6-point margin of sampling error. So take the results with a grain of salt.)

Carson’s gains are largely attributable to his rising popularity among women and evangelicals, two demographic groups that now apparently prefer him to Trump. Male support for the two GOP presidential hopefuls is about tied.

Trump has a stronger fanbase though: Half of his backers say they are committed to voting for him, versus 19% of Carson’s who say they have fully decided on Carson.

As the two GOP favorites duke it out at the top, they have less to fear from the competition. The pair are spanking the rest of the Republican field, where Marco Rubio places third place (8%), and Jeb Bush and Carly Fiorina (7%) are tied for fourth.

Other Republican candidates, such as Rand Paul, Ted Cruz, Mike Huckabee, and John R. Kasich, each clock in at 4%.

The 2016 presidential election is a ways away, and there’s still plenty of time left for these contestants to sway voters. In fact, seven in 10 of the people surveyed reported that “it was too early to say for sure who they would support,” the Times notes.

For the time being, however, Trump has been trumped.

(Data for the poll were collected by the Media, Penn.-based research institute SSRS between Oct. 21 and Oct. 25. The institute surveyed 575 Republican primary voters in the U.S.)

For good measure, here are some outrageous quotes by Donald Trump.