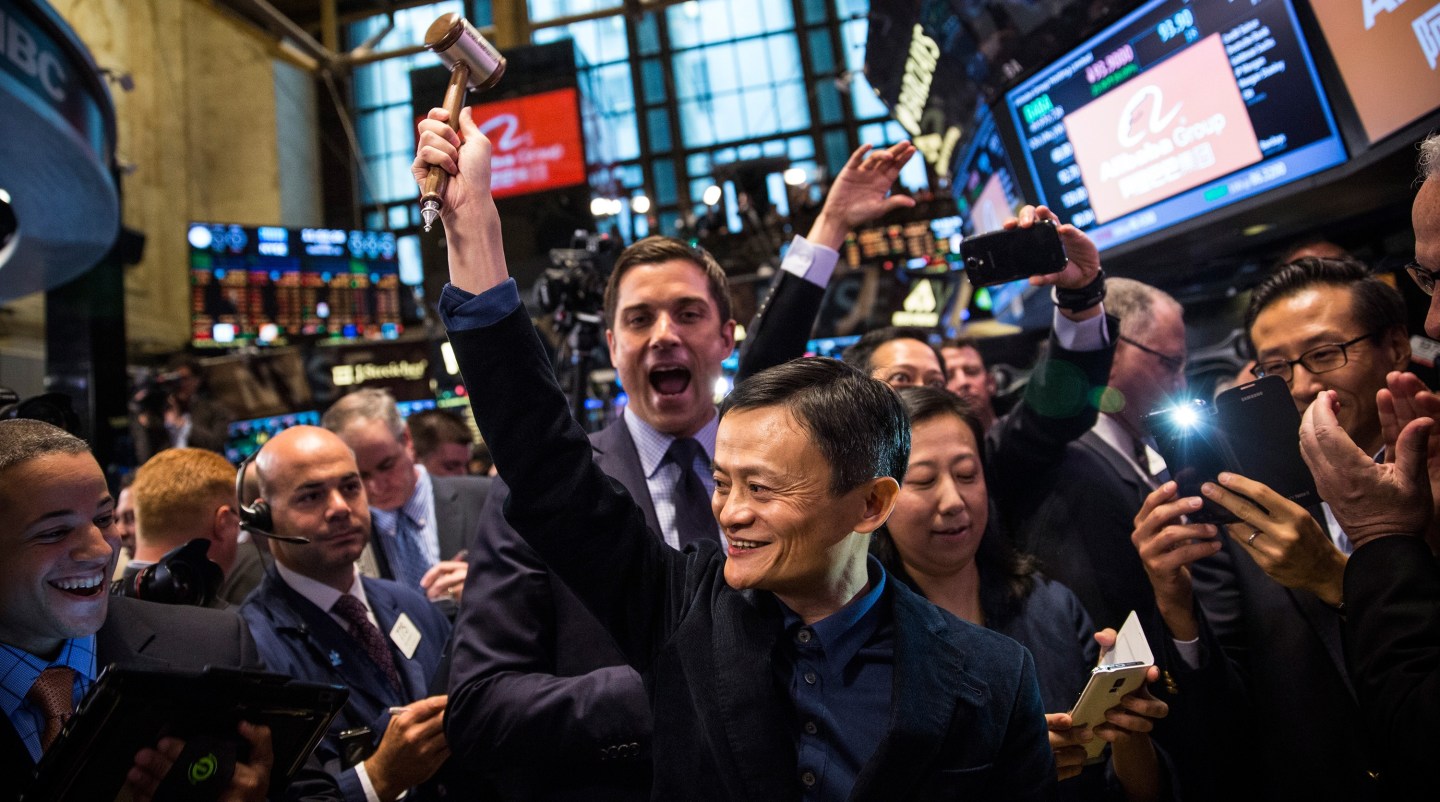 Alibaba shares are getting their mojo back after a year of disappointments since their record-breaking IPO last year.

The Chinese e-commerce giant reported a much better-than-expected set of results for its fiscal second quarter Tuesday, propelling the shares 8.6% in premarket trading to their highest level in over two months and putting all the doom and gloom about the end of China’s growth story into a little perspective. The Chinese economy grew at its slowest rate in years in the third quarter, but retail sales, and consumer spending in general, performed far better than the country’s struggling industrial sector.

Alibaba’s shares are now back comfortably above their IPO price of $68 but still a long way short of the high of $119 that they hit in the post-IPO euphoria.

Revenues rose 32% in the three months to September to 22.17 billion yuan ($3.49 billion), beating consensus forecasts by over 5%. That was despite a slowdown in the value of the goods that changed hands on Taobao and other marketplaces that the company operates. Taobao, its biggest platform, grew GMV at a more stately 15% year-on-year. Gross merchandise volume rose 28% on the year to 713 billion yuan, of which over 60% was transacted through mobile devices.

Net profit rose more than seven-fold, although that was driven by an accounting technicality after the revaluation of its holding in Alibaba Health, which it took control of during the quarter. Excluding the book gain from that, net income was up around 35% from a year ago at some $645 million.

The company has been busy expanding into other lines of business both inside and outside China as it tries to make sure that it isn’t too dependent on Taobao. It said revenue from its cloud computing service, still in its very early stages, more than doubled on the year to $102 million.