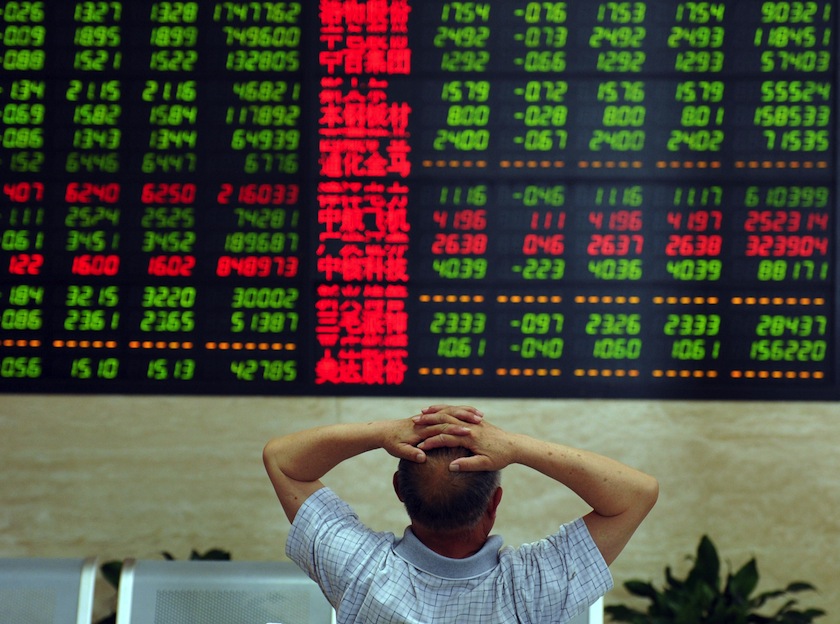 A Chinese stock investor monitors share prices at a securities firm in Fuyang, in China's Anhui province on June 19, 2015. Shanghai shares plunged 6.42 percent on June 19, ending a torrid week as the benchmark index was hit by tight liquidity and profit-taking after a powerful surge over the past year. CHINA OUT AFP PHOTO (Photo credit should read STR/AFP/Getty Images)
Photograph by AFP/Getty Images

China’s central bank cut interest rates for the sixth time since November on Friday, and it again lowered the amount of cash that banks must hold as reserves in another attempt to jumpstart a slowing economy.

World stocks soared on the news, one day after the European Central Bank signaled that it is ready to increase the scale of its stimulus measures.

China’s monetary policy easing is at its most aggressive since the 2008/09 global financial crisis, underscoring concerns within Beijing about the health of the world’s second-largest economy.

The People’s Bank of China (PBOC) said on its website that it was lowering the one-year benchmark bank lending rate by 25 basis points to 4.35 percent, effective from Oct. 24.

“The People’s Bank has delivered another jolt of stimulus,” analysts at Capital Economics said in a note to clients, but added that they were “still waiting for clear evidence of an economic turnaround.”

“We are retaining our forecast that benchmark rates and the reserve requirement ratio will both be cut once more before the end of the year, with a further move in both early in 2016.”

Sobering economic data in the third quarter has demonstrated the daunting challenges faced by the country’s leaders, not least in attaining the 7 percent growth target set by the government.

Data released on Monday showed China’s economy grew 6.9 percent between July and September from a year earlier, dipping below 7 percent for the first time since the global financial crisis.

The one-year benchmark deposit rate was lowered by 25 basis points to 1.50 percent.

The RRR will also be cut by 50 basis points for all banks, taking the ratio to 17.5 percent for the country’s biggest lenders, the PBOC said in a statement.

Buoyed by China’s easing, which came late in the evening in Asia, European shares turned higher and the Chinese offshore yuan fell against the U.S. dollar.

The pan-European FTSEurofirst 300 extended gains to trade 2.2 percent higher at 1,493.60, with miners jumping 2.9 percent in the minutes after the move.

China’s offshore yuan hit a four-week low of 6.3958 to the dollar after the decision.