Uber CEO: Most drivers work too little to be considered full time employees 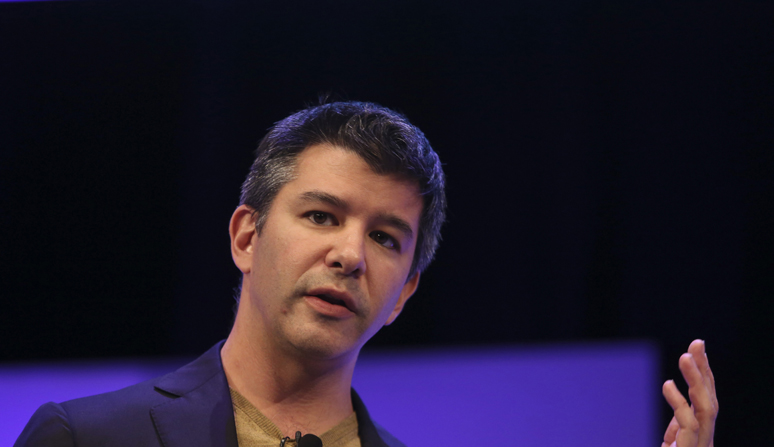 Uber CEO Travis Kalanick defended his ride hailing company’s controversial use of contract drivers by saying that it gives them more flexibility than if they were classified as full time employees.

More than half of Uber’s drivers work nine hours or less per week, he said Tuesday night at a tech conference hosted by the Wall Street Journal in Laguna Beach, Calif. Unlike the perception that driving for Uber is a full-time job, it’s, in reality, “a way to fill in the gaps,” he said.

Kalanick’s comments come at a critical time for his company, which has turned its alternative taxi service into a huge business. It is facing intense criticism from all sides including regulators who want to shut it down and drivers who say the company violates labor laws.

One group of drivers has filed a high-profile lawsuit against the company that accuses it of illegally classifying them as contractors to shortchange them of millions of dollars in expenses. A federal judge in San Francisco recently bolstered their case by granting the plaintiffs class action status based on a finding of sufficient evidence showing the company has a certain amount of control over their work.

Uber has said it will challenge the ruling, which only applies to a small percentage of California drivers, as Kalanick pointed out on Tuesday. His emphasis that many drivers work minimal hours could be used by the company to defend itself against accusations that it skirts rules related to full time employees.

Kalanick also reminded the audience that between 90% and 100% of U.S. taxi drivers are, and always have been, independent contractors. But it remains unclear what percentage of Uber’s drivers work full time.

Still, Kalanick did open the door Tuesday to giving drivers some benefits, such as health care coverage, although he gave no specifics about what those might be or when they may be made available. Rival ride hailing app Lyft, which has a similar lawsuit pending in California, has been increasing the perks it offers drivers, like gas discounts, in an effort to keep them as happy as possible. Uber also offers perks like gas discounts to its drivers.

For more on Uber’s labor lawsuit, watch this Fortune video:

(The story has been updated to show that, like rival Lyft, Uber also provides driver perks like gas discounts.)