When all else fails, Yahoo decides to ‘focus’ 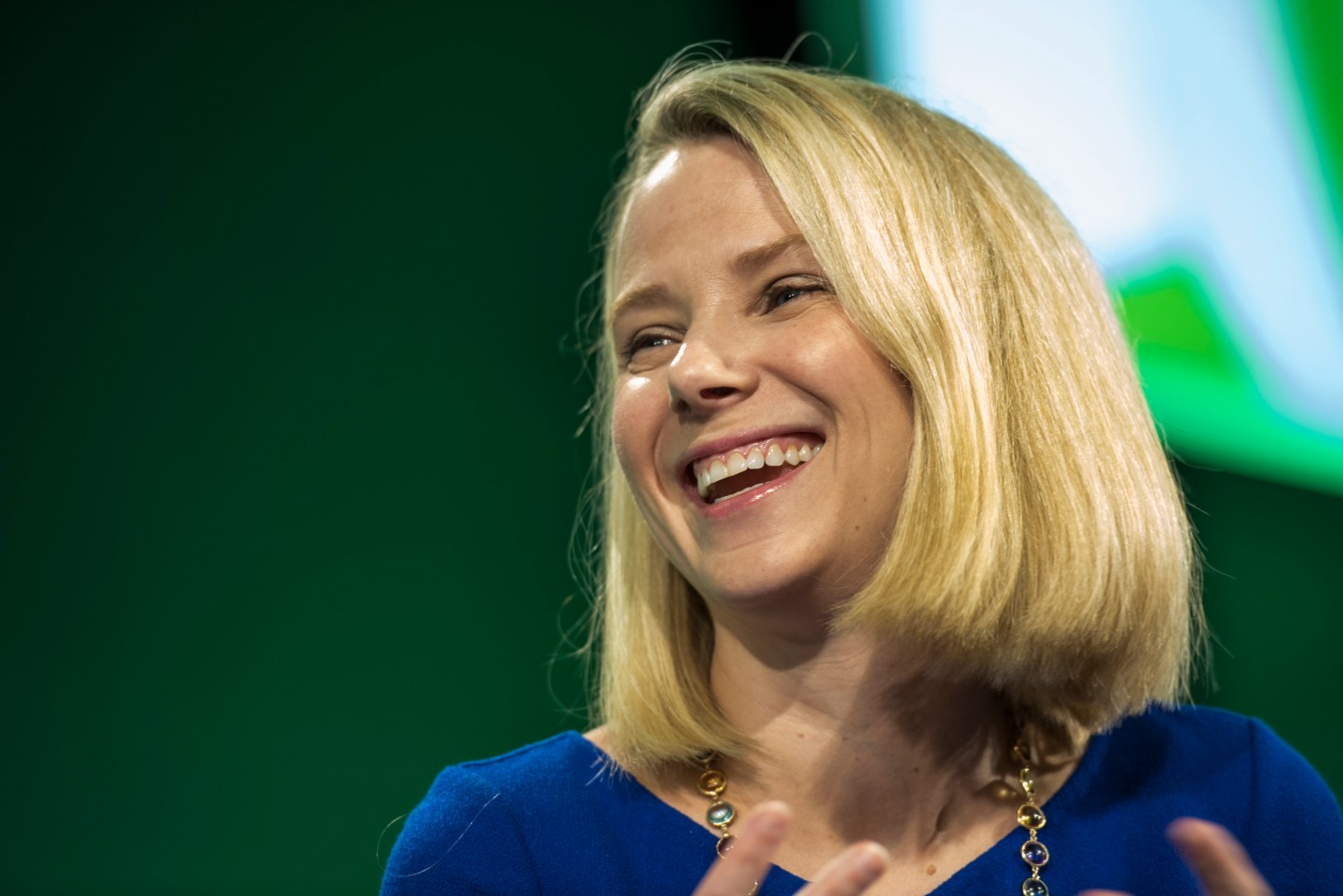 Just over three years ago, Marissa Mayer embarked on the turnaround of Yahoo with a kitchen-sink strategy of trying anything and everything. It voraciously acquired 40 or so middling startups. It tried its hand at expensive, high-profile content from Katie Couric, David Pogue, and Community.

Now Mayer is preaching the gospel of focus and discipline—even going so far as to write down the $42 million her company spent on Community and two other original shows.

Mayer’s Yahoo (YHOO) turnaround plan is looking less promising by the day. There are question marks around the tax bill for Yahoo’s $24 billion spin-off of its Alibaba (BABA) shares. (The IRS denied Yahoo’s request for prior approval of its plan.) Making matters worse, the Alibaba spin-off doesn’t look nearly as lucrative as it did before the Chinese markets got crushed in August. Meanwhile Yahoo’s executive turnover has reached concerning levels. And the cost of revenue from its new advertising products continues to increase.

Today’s earnings report, with an 8.4% drop in revenue from a year ago, reflected those increased costs. In the third quarter, Yahoo brought in just $1 billion in revenue, down from $1.09 billion a year earlier. The company’s total revenue actually increased, but its cost of revenue, or “TAC,” increased more, from $43 million in the year-ago quarter to $223 million this quarter. The company reported a net earnings per share of $0.08, compared with $6.70 last year (the latter boosted by Alibaba proceeds) and its guidance shows TAC will rise even higher next quarter.

The results were “not indicative of the performance we want,” Mayer said in Tuesday’s earnings call. “We have encountered challenges and not achieved the results we had hoped for.”

This is not the rosy portrait that Mayer has painted in past quarters. Criticism is mounting, and Mayer must acknowledge her gadflies. She addressed the issue of turnover by saying that Yahoo’s executive team was the strongest it had been in her tenure.

Mayer also acknowledged investors’ short-term mindset. Yahoo’s long-term strategy will not be defined by a single quarter, she said. The company’s new advertising platform, Gemini, has “suppressed revenue,” in the short term, Mayer said, because it is still learning how to serve the most relevant ads to users.

Investors traded Yahoo stock slightly down in after-hours trading, to $32.40.

Mayer said the spin-off of Yahoo’s stake in Alibaba, which may happen as late as the first quarter of next year, will allow the company to focus more closely on its core operations and simplify its structure. “We will be a more focused company in 2016,” she said.

Yahoo’s increased focus next year will require deepening the engagement it gets from its users. “With more than a one billion users, we have most people who are online coming to us throughout the month,” Mayer said. “We need to work to improve our relevance to end users and how many times they come to us.” Engagement, the chief executive said, will be key to long-term growth.

Saving Yahoo was always a going to be a stretch, given the company had cycled through numerous CEOs and strategies by the time Mayer arrived. Once an Internet behemoth, Yahoo stagnated under years of uncertainty and lacking direction.

Mayer is attempting the first ever turnaround of an Internet media company. Just two companies of Yahoo’s size and scale have ever managed the feat, and both are e-commerce businesses: eBay and Priceline. It’s unclear why none of the major fallen Internet media companies—MySpace, Bebo—have managed to do the same. But I doubt it’s because they lacked focus.