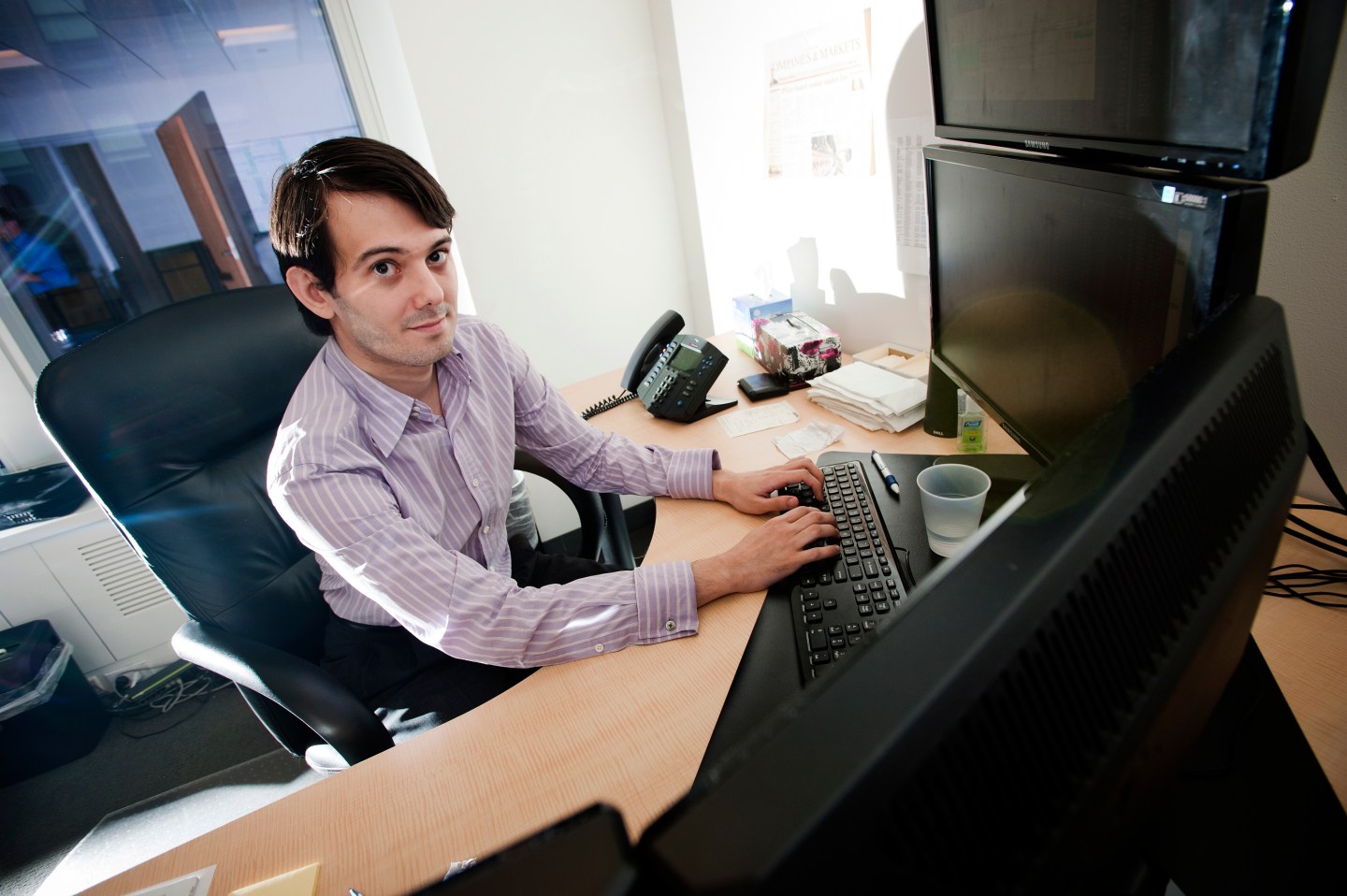 Turing CEO Martin Shkreli tweeted screenshots of two automated emails he received from Bernie Sanders’ campaign. The first asked for a $3 donation; the second, which arrived the next day, asked for $25.66.

In a follow up tweet, Shkreli wrote: “Bernie Sanders…raised the donation requested from his supporters by 755% in one day. Price gouging,” an attempt to paint the presidential candidate as a hypocrite after refusing to accept the price gouging CEO’s donation.

Bernie Sanders @BernieSanders @SenSanders raised the donation requested from his supporters by 755% in one day. Price gouging.

The subject of the email is, “Why I’m rejecting Martin Shkreli’s money.” When Shkreli attempted to make a donation to Sanders’ campaign, the Vermont senator rejected his contribution and instead donated it to a health clinic that treats HIV/AIDS. A spokesman for the campaign calls Shkreli “the poster boy for pharmaceutical company greed” because he had raised the price of a life saving treatment by over 5,000%.

Shkreli admitted that his motivation for donating to the senator’s campaign was to get his attention in order to set up a meeting in which he could explain the benefits of price gouging. Sanders refused to meet with him, prompting Shkreli to mock Sanders and his proposed policies on Twitter.

He writes this behavior off as mere “trolling,” but it’s tough not to take it seriously when his pinned tweet is a pointed question directed at both Bernie Sanders and Hillary Clinton.

Dear @BernieSanders & @HillaryClinton, I have an important question for you. Get back to me whenever, Martin Shkreli. pic.twitter.com/y0DuJqswAR

In response to a Twitter user asking how much of Turing’s margin goes to research, Shkreli claimed, “all of it,” though that’s a little hard to believe.