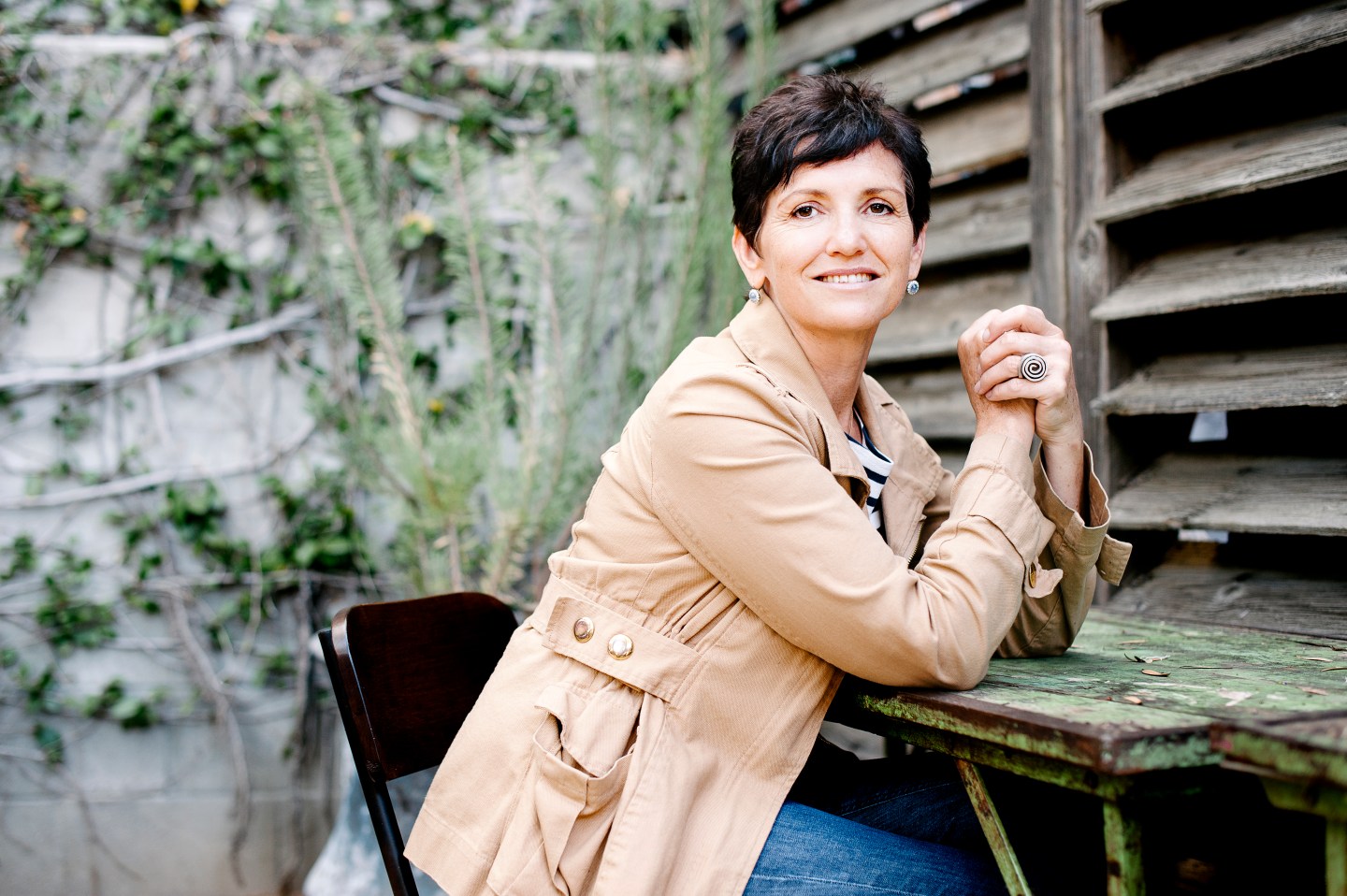 The lack of jobs for women directors in Hollywood is coming under scrutiny by the Equal Employment Opportunity Commission, which officially kicked off its investigation into discrimination against female movie and TV directors last week. Following a request made by the American Civil Liberties Union to investigate the issue in May, the EEOC is now interviewing female directors as part of the probe. The first woman to talk the commission, according to Deadline? Maria Giese.

It makes sense for the EEOC to start with Giese, since it was her complaints to the group and the ACLU that instigated the investigation. In 2012, Giese, director of the 2001 low-budget feature Hunger and the 1996 British film When Saturday Comes, hit rock bottom in her career and decided it was time to speak out about the barriers against women directors in Tinseltown. Her protests have started an industry-wide discussion that’s likely to grow louder before the issue is resolved.

Fortune sat down with Giese to talk about why there are so few working female directors, why more women don’t speak out about the issue, and what prompted Giese to persist in her complaints. The following excerpt of the conversation has been edited for length and clarity.

Fortune: If the EEOC determines that a pattern of gender discrimination exists, the agency could take legal action against the studios or mediate a solution aimed at boosting jobs for female directors. What is the job market currently like for women directors?

Giese: Hollywood operates on relationships, and those in power, who are mostly white males, seem to feel they’re exempt from discrimination laws. Studio executives and producers hire their friends and people they’re comfortable with—who are nearly always men. Women are virtually excluded.

A recent study by the University of Southern California found that only 1.9% of directors of the top-grossing 100 films of 2014 were women. Another report found that women represent just 16% of television directors.

I graduated from Wellesley and UCLA’s Graduate School of Film & Television, and won lots of awards as a student. Film school classes are 50-50 male and female because of Title IX. Young women think this is going to be great, but don’t realize the level of bias they’re going to face in Hollywood.

After I graduated from UCLA, I was greenlit to direct When Saturday Comes. I signed with the William Morris Agency and was attached to several dozen feature films. When you’re attached to a film, you can be in development for years. Twice, films went into production, but at the last minute the producers replaced me with male, Canadian directors, which they said would take advantage of Canadian tax incentives. I asked my agent to book episodic TV gigs for me, but once the agents in the TV department learned I was a woman, they said they could not take on another client.

Why don’t women directors speak out about the lack of opportunity?

The last group of women directors to speak out about discrimination in Hollywood were six women we now call “The Original Six,” who started the Directors Guild of America’s Women’s Steering Committee in 1979. They encouraged the Guild to launch a class action lawsuit in 1983 against the studios, which moved the number of women directors from .05% to 16% in 10 years. Yet during that time, none of those six women got any work.

Today, 4% of studio features are directed by women, and 100% of them are movie stars, or the wives and daughters of movie moguls, such as Angelina Jolie, Jodie Foster or Sofia Coppola. Most women directors don’t speak out about the lack of opportunity because they’re afraid of being blacklisted.

So why did you decide to become vocal about the issue?

I was broke, had two little children, and had lost my representation. If you fail to get work in the directing profession, you get dropped by your agency. By 2012, I had hit rock bottom. I thought, I’ll be damned if I let the next generation of women directors go through what I’ve gone through. Most of the 1,271 women in the DGA are invisible to the industry because most of us have been unable to get work.

What did you do?

I started looking at statistics and noticed that since 1995, the number of women director hires had gone into a nearly-20 year period of stasis and decline. I went to the DGA Women’s Steering Committee and began a campaign of political action.

On Valentine’s Day in 2013, I went to the EEOC and met for three hours with representatives who were very interested and concerned. The EEOC asked me to gather more women and meet with them again. I decided to go to the ACLU instead to talk about an industry-wide class action lawsuit based on the numbers. They spent two years speaking to a growing group of us on a monthly basis, and ended up asking the EEOC, the California Department of Fair Employment and Housing, and the Office of Federal Contract Compliance Programs to investigate the issue.

How have you kept yourself going financially?

I cobble together an income with writing work and teaching. Fortunately, I have a husband who’s a writer, and he helps keep the family going.

Speaking out has actually been good for my career. Right now, I’m attached to a number of feature films, and am hopeful of getting them greenlit. I may not get work as a TV show director, but this protest attracted a lot of interest in the industry.

Is discrimination against women directors a universal problem?

The best women directors are coming out of other countries – France, Australia, the U.K., Israel and Palestine, to name a few. In the rest of the world, movies and TV shows are often co-funded by the government, so people have to pay attention to their civil rights laws. In Hollywood, funding is based on pure capitalism. But the studios do a lot of work for the federal government, so it’s important that the EEOC enforce the laws against discrimination in Hollywood.

What do you hope will come out of your efforts?

Women have always blamed ourselves individually, thinking that we failed and that our films weren’t good enough, instead of looking at the numbers. There are groups of women directors out there, and we need to unite our efforts. I want women to speak up. They need to understand that sometimes the inability to succeed is based on a systemic problem, and not their own inadequacies. Women can direct anything. We just aren’t getting the opportunities.