Volvo: It’s time for electric cars to enter the mainstream 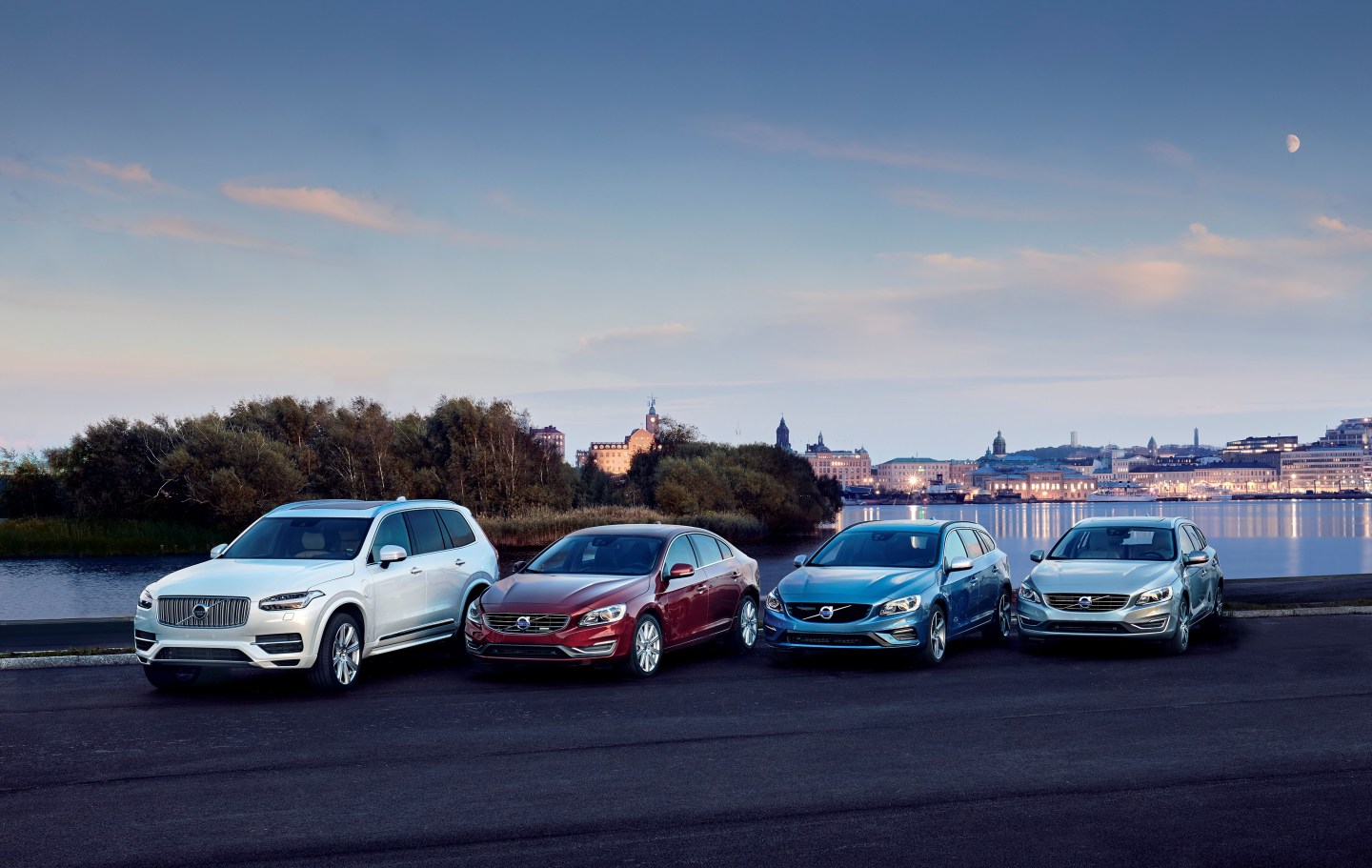 Volvo Car Group says it will add plug-in hybrid vehicles across its entire product range, develop a whole new line of electrified smaller cars, and build an all-electric car for sale by 2019.

“We believe that the time has come for electrified cars to cease being a niche technology and enter the mainstream,” Volvo Car Group President and CEO Håkan Samuelsson said in a statement. “We are confident that by 2020, 10% of Volvo’s global sales will be electrified cars.”

Volvo’s bigger bet on electrification kicks off with the launch of a twin-engine all-wheel plug-in hybrid version of the new XC90 SUV, which will have a pure electric range of about 26 miles. The company will then introduce a plug-in hybrid versions of its S90 premium sedan and 60 series vehicles.

The announcement not only marks the Swedish car company’s deepening investment in electric vehicles, it shows a growing willingness within the industry to move away from gasoline- and diesel-powered cars—or at the very least diversify its lineup to meet changing consumer demand.

Volvo, (VOLVY) which is owned by Zhejiang Geely Holding Group of China, says it learned a lot about electric vehicles just by studying how its customers have used its current lineup of plug-in cars. “Our research has shown that people are driving our twin-engine cars in electric mode around 50% of the time, meaning our plug-in hybrids already offer a real alternative to conventional powertrain systems,” Dr. Peter Mertens, Volvo’s senior vice president for research and development, says in a release.

The move could help Volvo boost U.S. sales, which have been on a decline in the past few years as consumers opt to buy from its top competitors such as Audi, BMW, Lexus, and Mercedes-Benz. Volvo’s U.S. sales have dropped 60% since peaking at 139,384 in 2oo4.

Earlier this month, Volvo’s Samuelsson said that the company will accept full liability whenever one of its cars is in autonomous mode. Samuelsson, who made the comments during a seminar on self-driving cars, said Volvo is “one of the first car makers in the world to make such a promise.”