Banking bonuses are likely going to drop this year 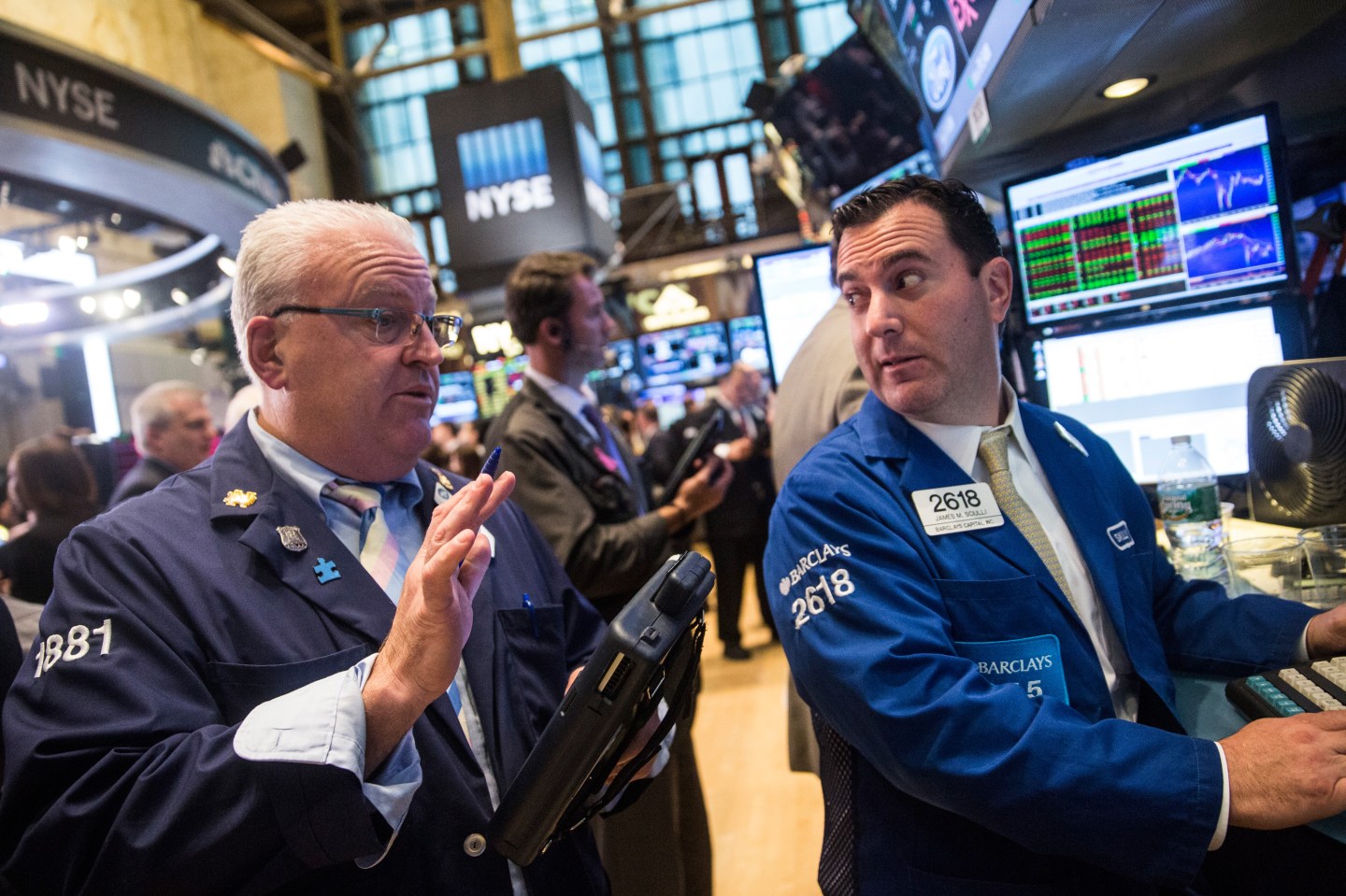 NEW YORK, NY - OCTOBER 14: Traders work on the floor of the New York Stock Exchange during the afternoon of October 14, 2015 in New York City. The Dow Jones Industrial Average closed more than 150 points down after Wal-Mart Stores Inc. announced a prediction that the company would see a drop in income next year, citing in part the company's pledge to raise wages for many U.S. workers. (Photo by Andrew Burton/Getty Images)
Photograph by Andrew Burton--Getty Images

Wall Street bankers and traders are likely not going to be rolling in as much cold, hard cash this year. That’s because their bonuses are expected to be smaller this year due to trading revenue declines.

As big banks revealed their earnings this week, the prospects of a big bonus got ever dimmer, reported Reuters. Goldman Sachs (GS) said it allotted 16% less money for compensation last quarter than the year earlier. JPMorgan Chase (JPM) CFO Marianne Lake echoed that sentiment saying the “markets are pretty quiet” and aren’t looking to heat up in the fourth quarter, when banks determine holiday bonuses.

Banks are already starting to reign in costs, especially given uncertainty around when the Federal Reserve will raise interest rates, Reuters reported.

Pay across Wall Street could fall about 10 percent this year, with traders taking the biggest hit, said Alan Johnson, managing director of pay consulting firm Johnson Associates. The weaker trading environment is hurting banks, as are the costs of complying with new rules imposed after the financial crisis.

Banks “are starting to restructure their pay strategy because five or six years after the crisis they have extra costs,” Johnson said. “It’s just not working.”

The belt-tightening won’t necessarily affect every bank equally, and such declines will be handled on an employee-by-employee basis, even within the same company.