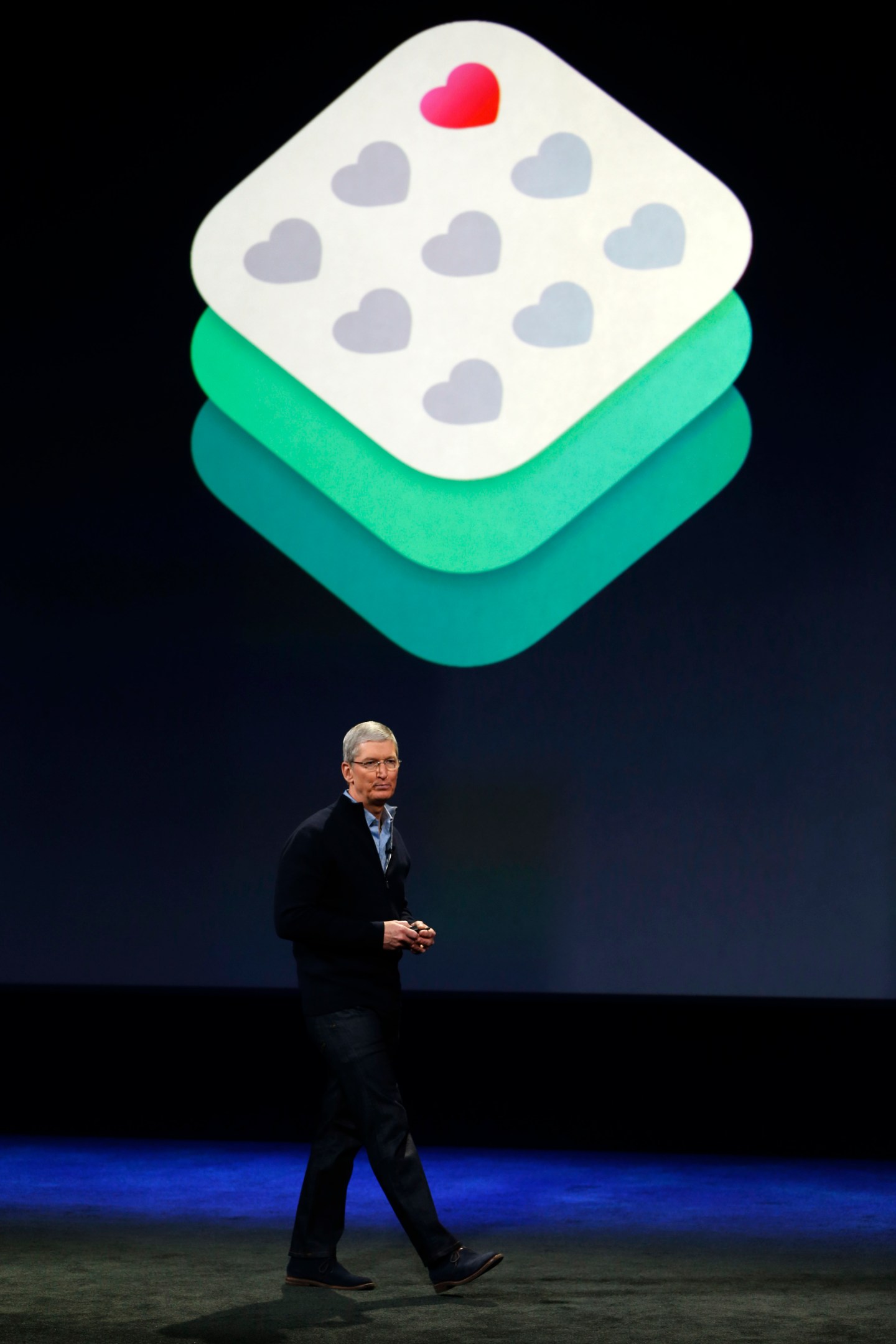 SAN FRANCISCO, CA - MARCH 9: Apple CEO Tim Cook stands in front of a ResearchKit logo during an Apple special event at the Yerba Buena Center for the Arts on March 9, 2015 in San Francisco, California. Apple Inc. announced the new MacBook as well as more details on the much anticipated Apple Watch, the tech giant's entry into the rapidly growing wearable technology segment as well (Photo by Stephen Lam/Getty Images)
Photograph by Stephen Lam--Getty Images

Apple launched ResearchKit, its iOS-based platform for clinical research, in March with an initial class of five trials focused on a range of health conditions. Nearly seven months later, the tech giant is welcoming three new trials focused on epilepsy, autism, and melanoma.

ResearchKit was designed to upend how medical research is done. Until now, researchers were mostly limited to who they could recruit based on geographic proximity. By moving a clinical trial onto a mobile device like the iPhone, it opens up a goldmine of data for researchers. Within days of the initial launch, the five studies had thousands of new participants with a diversity of location, background, age and health. That trend has continued, Apple said, helped by more efficient on-boarding via streamlined informed consent and the wealth of data collected by connected devices.

“Researchers have been able to get infinitely richer data sets than before,” said Bud Tribble, MD, PhD, vice president of software engineering at Apple. “Apple has helped accelerate medical research by creating a simple way for scientists to greatly expand the scope of their studies, and this is critical to helping researchers succeed.”

Apple doesn’t directly design the apps. That is all done by the academic and medical institutions running the studies. Instead, the company focuses on providing an open-source framework that’s specially designed for medical and health research. All of which takes advantage of the iPhone’s accelerometer, microphone, gyroscope and camera. One of the latest studies even builds in the Apple Watch.

Below are the three latest studies launching on ResearchKit and what they hope to achieve.

Autism affects about one in every 68 kids. The behavioral disorder can be diagnosed as early as 18 months of age, but the mean age of diagnosis is closer to 5 years old. There’s many reasons for this but much has to do with not understanding what’s normal or not in child development, explained researchers out of Duke University.

With the group’s new Autism & Beyond app, Autism & Beyond, Duke researchers are able to map a child’s reaction to approved stimuli to determine their reaction, which can be linked to possible signs of autism. The idea is that they can amass thousands of these reactions as well as potential autism diagnoses to create an app that can assist in recognizing the disorder, which would be particularly valuable in areas with few child psychologists who specialize in autism. The app will launch in the U.S. and South Africa to get a broad reach in trends.

Epilepsy affects about 50 million people worldwide, making it the one of the most common neurological diseases globally, according to the World Health Organization. Nearly 40% of epilepsy cases aren’t controlled with medications, which presents a dangerous situation for patients who don’t know when they will be affected by an episode.

A seizure may have a warning–or not. It may involve seizing–or not. Much isn’t known about the specifics, and now researchers from Johns Hopkins are launching the EpiWatch app with the intention of collection more data about the frequency, duration and types of seizures patients are experiencing.

The app works in tandem with the Apple Watch and is able to track a patient’s heart rate, which typically becomes elevated during a seizure. After an episode, the app asks questions about if a patient had a warning, how severe it was and other details. The idea is that the researchers can eventually collect enough data to form a detector that can help warn about a seizure before it happens.

The app also works to help patients remember their medicine and can send an alert to a friend or caregiver if a patient remains unresponsive during a seizure for too long. All the information is logged with a series of charts, as well, so patients can follow along with their treatment.

Melanoma is the deadliest form of skin cancer and has been on the rise for the last 30 years. Between 1982 and 2011, melanoma rates doubled. The disease kills more than 9,000 people every year. While prevention is always the best way to fight skin cancer, survival rates are significantly higher when a melanoma is caught early. That means marking and tracking potentially cancerous moles to try to detect when there’s a problem.

Oregon Health and Science University is launching its Mole Mapper app on ReasearchKit to build a database on problem-causing moles. Users sign up for the trial and take a picture of a worrisome mole every month, tracking how it changes in size. The idea is that the researchers can amass enough of these images and any connected melanoma diagnoses to be able to build an effective screening tool that can tell users when a mole has gone from benign to potentially dangerous–signaling that its time to go see a dermatologist.

The app also creates a running log for a patient to be able to see how a mole is changing overtime. It’s easy to look back six months or more to see how it changed and if it’s become problematic. Eventually, researchers with Oregon Health and Science University hope to expand the capability of the app to also track changes in color and shape, which are also key signs of a cancerous growth.