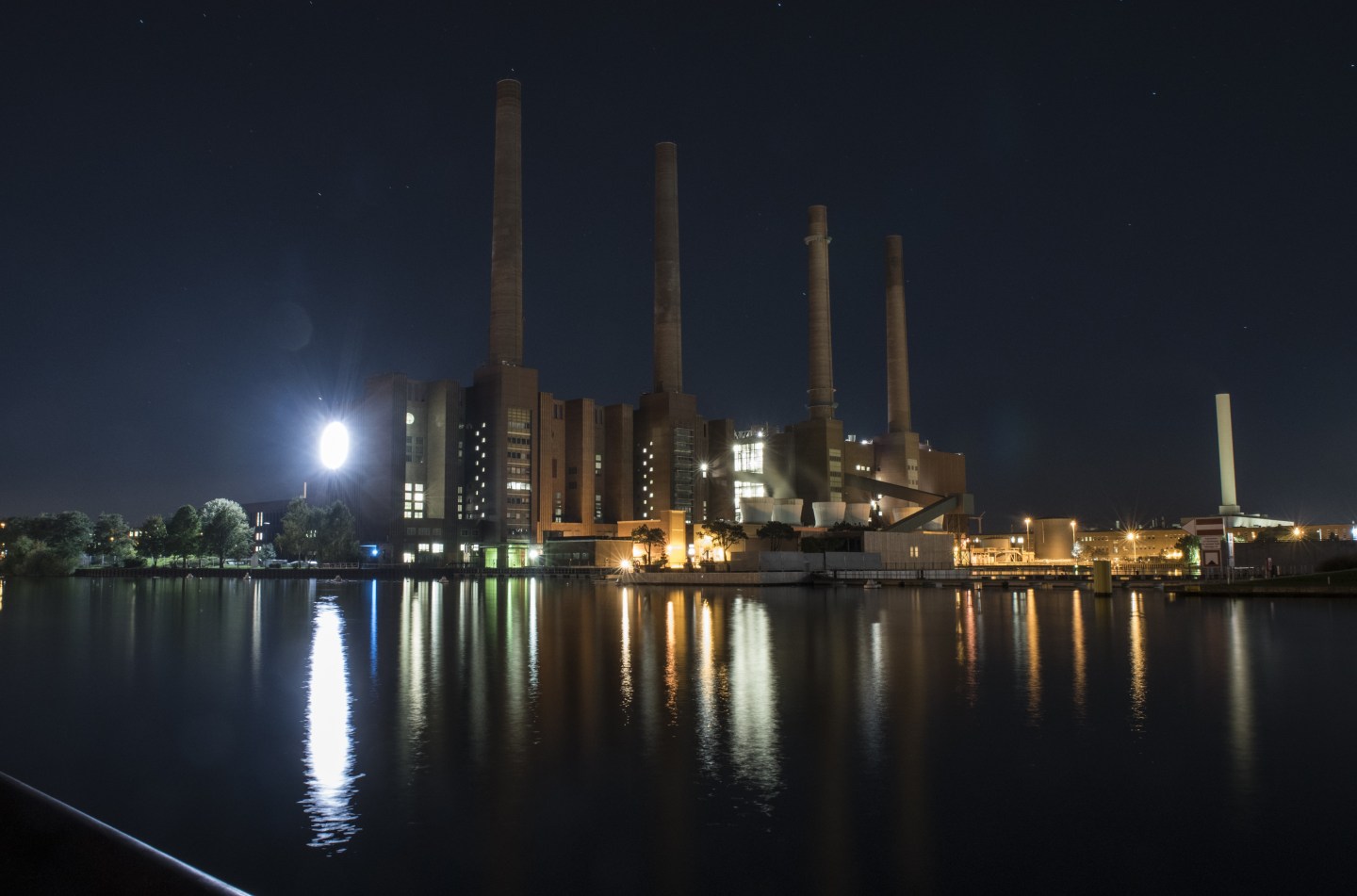 Long exposure view of the Volkswagen headquarters in Wolfsburg, central Germany, at night on September 30, 2015. Volkswagen, the world's biggest carmaker by sales, has admitted that up to 11 million diesel cars worldwide are fitted with devices that can switch on pollution controls when they detect the car is undergoing testing. AFP PHOTO / JOHN MACDOUGALL (Photo credit should read JOHN MACDOUGALL/AFP/Getty Images)
Photograph by John MacDougall — AFP/Getty Images

According to the German magazine and website Der Spiegel, the circle of managers with direct knowledge of how the company falsified the emissions performance of its diesel vehicles is much wider than the company had so far indicated. Last week, Michael Horn, head of the company’s U.S. operations, had told a Congressional committee that the decision to install “defeat devices” that masked the actual level of emissions was taken by a small group, and wasn’t a corporate decision.

Der Spiegel cited company sources as saying that “at least 30 people” were involved in the scandal, and that the final number may be higher. Earlier this month, VW’s board had commissioned law firm Jones Day LLC to conduct an investigation into the affair, promising a rigorous clean-up. Spiegel’s story referred to the first preliminary findings of that investigation. These aren’t being made public yet.

It wasn’t clear whether the company had suspended any more employees. According to media reports, the senior R&D managers at the group’s three leading brands, VW, Audi and Porsche, have all been suspended while the investigation goes on.

A spokesman for Volkswagen didn’t immediately respond to a request for comment.

In separate news Wednesday, it emerged that Winfried Vahland, who was slated to take over as head of the VW group’s new North American division, is to leave the company at his own request.

The new structure was unveiled at the first board meeting after the resignation of CEO Martin Winterkorn, and was aimed at devolving more power away from the group’s headquarters in Germany.

Škoda, the low-end, Czech-based unit of VW which Vahland has run for the last five years, said “differing views on the organisation of the new Group region have led to this decision.” It added that it is “expressly not related to current events on the issue of diesel engines.”

Vahland had been with the VW group for 25 years, and had run Czech-based Škoda since 2010. Before that he had been head of VW’s regional operations in China. According to some reports, Winterkorn had pressed for Vahland to succeed him as CEO.