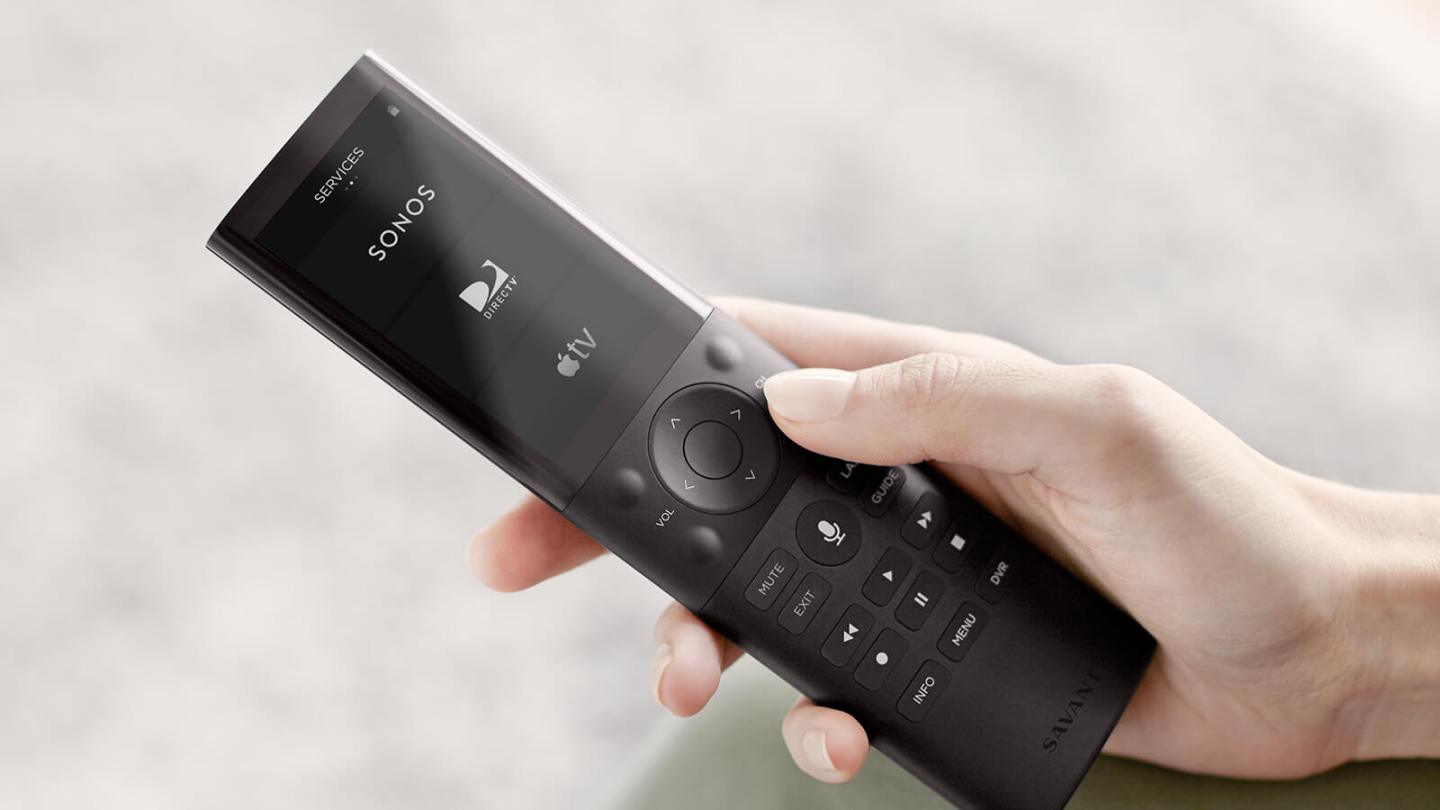 The company that makes the home automation software inside Bono’s castle and Steve Jobs’ yacht has now decided to build a product for the mass market.

Savant Systems, founded in 2005 and based in Hyannis, Mass., has released a $499 remote control and hub that promises to unite your home entertainment system with many of your smart home products. It aims to compete with technology giants, security companies, Internet service providers, and other companies that seek footing in what analysts think might be the next battleground for technology dominance—the smart, connected home.

The system consists of a remote, a charger for the remote, and a hub designed by Ammunition, the firm behind Apple-owned Beats headphones, Barnes and Noble’s Nook e-reader, and other popular products. The products need all the cachet they can muster—$500 is quite a bit to pay for home automation. (Its nearest competitor is the Logitech Harmony Ultimate Remote, which sells for $349.)

As with Logitech’s product, the central piece of the Savant remote and hub is the audio-visual experience. The design is centered around the television and music, as opposed to security or comfort, which is the focus of many other home automation platforms. Lynch says that Savant went with entertainment first because the company has been known as a lifestyle brand, and customers want to spend to bring all of their entertainment options together. He says that Savant’s high-end customers turn to Savant for security as well and anticipates that Savant’s DIY product will add security features over time.

Savant’s high-end products start at about $1,000 per room, and are aimed at folks who own homes priced between $300,000 and $2 million who want to invest in home automation they can control. Savant also performs custom installations that cost hundreds of thousands and require programmers to come out and change the settings. William Lynch, the former CEO of Barnes and Noble, leads the company.

For now, the Savant remote supports more than 380,000 products including Sonos, Roku, Philips Hue lights, and popular cable boxes. The idea was to make adding products to the system a fairly seamless process. (The Savant system automatically detects products using the home’s Wi-Fi network.) When it comes to come automation, most experts compare Savant’s software to Apple’s. In my tests the company has plenty of software features that put it above the competition’s when it comes to making it easy to use.

For example, the remote uses Bluetooth to wirelessly connect, which means it doesn’t need line of sight with your television or cable box to change a channel. (The infrared, or IR, receiver that controls things like that is in the controller.) Also, Savant has developed a stand-alone wireless IR puck that can sit inside a cabinet which means that not only can you leave your cabinets closed and still control your receivers, but also that you don’t have to wire the IR extensions devices into gear. The system is easy to install, something anyone can appreciate.

Savant has played in this space for years, but in 2014 raised $90 million in private equity from KKR as part of an influx in cash. It raised the money as a bunch of upstarts were entering the business, including SmartThings (acquired by Samsung), Nest (acquired by Google), and Revolv (acquired by Nest). Right now Apple, Google, and others are fighting it out with Comcast and even ADT to try to build a compelling home automation platform for consumers. So it makes sense that Savant, which has been in this market for years, would also try. Let’s see if this package is enough.

For more on home automation platforms check out this Fortune video: