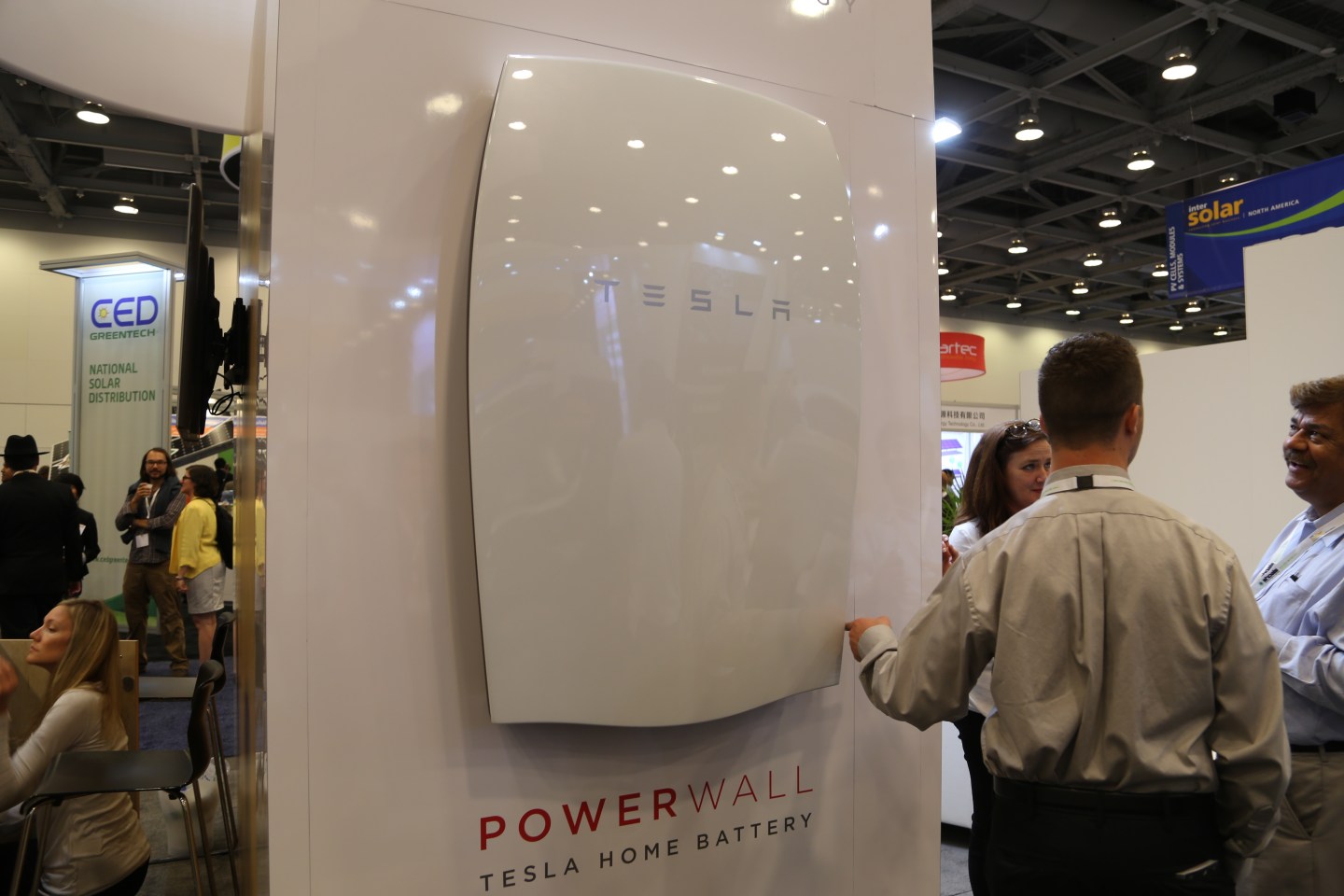 A big real estate developer and a well-connected tech startup have a plan to install batteries from electric car company Tesla at office buildings in a Los Angeles suburb.

On Monday, developer The Irvine Company and startup Advanced Microgrid Solutions announced that they plan to build large battery farms —each the size of about five parking spaces—at buildings in Irvine, Calif.

The startup’s software can switch the buildings to battery power when electricity demand on the power grid is high like during hot summer afternoons when air conditioners are blasting. This relieves some of the stress on the power grid during peak times.

For comparison sake, GTM Research estimates that about 220 megawatts worth of batteries will be installed across the U.S. this year. Southern California Edison has a plan to install 250 megawatts in its home state over the next few years.

Utilities can use batteries to make the grid more stable, and to avoid building new expensive and dirty power plants that they only operate during times of peak power demand. California has also required utilities to collectively install over a gigawatt of energy storage by 2020. A gigawatt of energy is about the equivalent of a large nuclear or natural gas plant.

For the first part of the deal, Advanced Microgrid Solutions will install Tesla batteries at 24 buildings managed by the Irvine Company. Those batteries can lower peak electricity demand on the power grid by 25%, the companies said.

In May, Tesla (TSLA) created a new energy division that sells the same lithium-ion batteries it uses in its cars to utilities, battery project developers, and home owners. Utilities and building owners will mostly use what Tesla is calling its Powerpack batteries, while the smaller home battery systems will rely on what Tesla calls its Powerwall batteries.

Advanced Microgrid Solutions is a three-year-old startup led by co-founders Susan Kennedy and Jackalyne Pfannenstiel, each of whom have long histories in the energy industry. Kennedy is the former chief of staff to California Governors Arnold Schwarzenegger and Gray Davis, and is former commissioner for the California Public Utilities Commission. Pfannenstiel previously chaired the California Energy Commission, worked at utility PG&E for twenty years, and was the assistant secretary of the U.S. Navy in charge of energy strategy.

This Summer Advanced Microgrid Solutions announced that it had secured a contract to buy and install a whopping 500 megawatt-hours worth of grid batteries from Tesla. That’s the equivalent of installing tens of thousands of Tesla’s Powerwall batteries over the course of the next five years.

This year could be a breakout year for batteries used to store energy for the power grid. Demand by the consumer electronics industry for low cost lithium-ion batteries has made mass production in Asia more economical. Companies in the clean technology industry are capitalizing on the lower prices by using the cheaper batteries for the power grid and buildings.