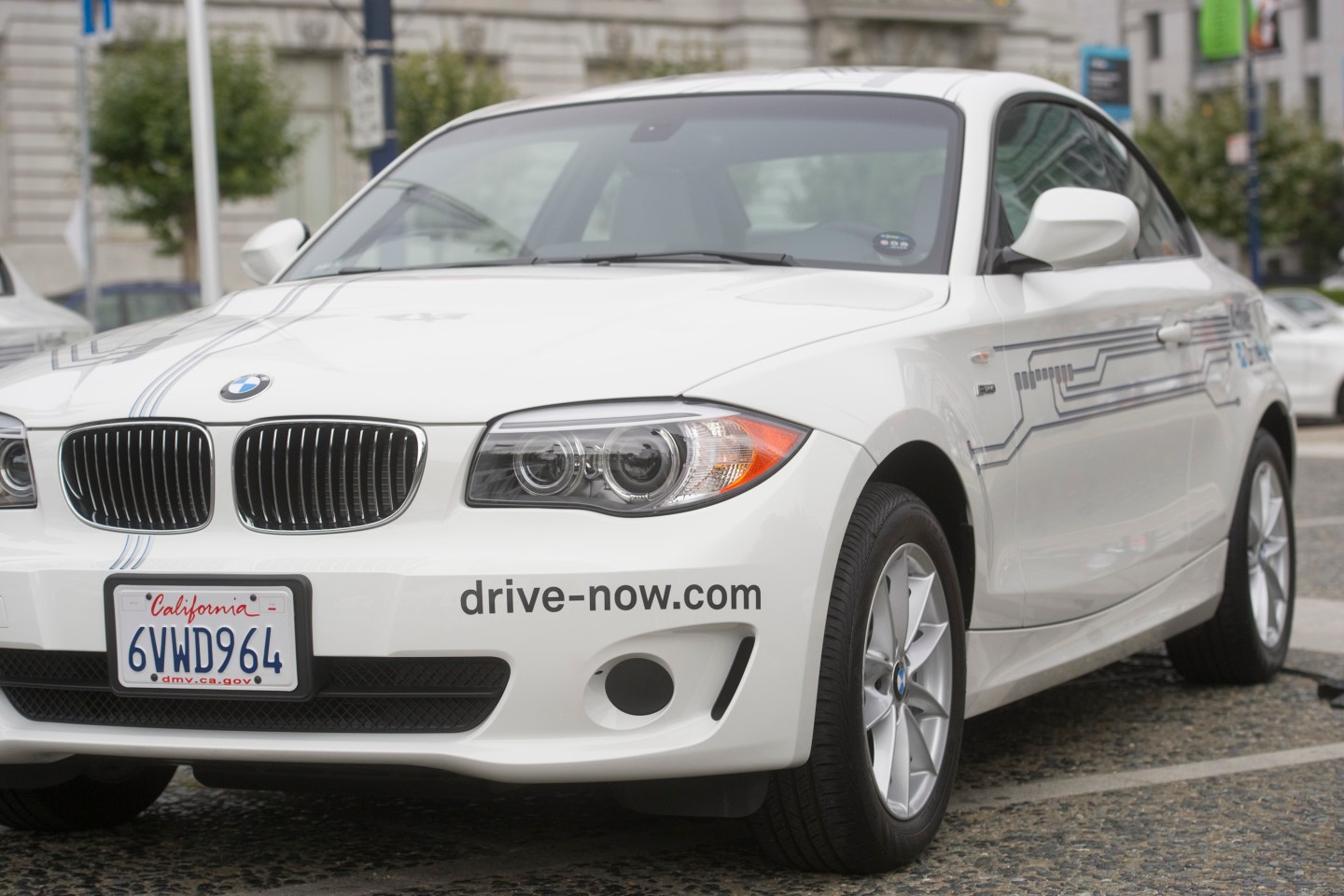 There are 900 parking spaces for car-sharing vehicles in San Francisco. And DriveNow, a car-sharing joint venture between BMW Group and Sixt SE, can’t use any of them.

So perhaps it’s no surprise the company decided recently to suspend service effective Nov. 2 in San Francisco, the only U.S. city it was operating in.

“We came to market here because San Francisco makes a lot of sense in terms of car-sharing—in general,” DriveNow USA CEO Rich Steinberg told Fortune. “At the time, we were hoping to work with the city on a parking solution similar to what we have in existence in our European cities.”

DriveNow launched in Munich in 2011. It also operates in Berlin, Dusseldorf, Cologne, and Hamburg, Germany, as well as Vienna and London. The company has been successful in Europe, particularly in Berlin, where its more than 800 cars are driven five to six times a day, says Steinberg.

But DriveNow’s business model—a free-floating service that allows vehicles to be picked up and left anywhere within a designated operating area—is in direct conflict with the parking and car-sharing regulations in San Francisco, where it launched in 2012.

DriveNow’s stumble in San Francisco highlights the complexity of an otherwise straightforward concept. While there’s a demand for car-sharing in San Francisco and other U.S. cities, regional and city parking policies can make delivering that service far more complicated. Austin-based car-sharing service car2go, which is owned by Daimler, (DDAIY) doesn’t operate in San Francisco because of those regulations.

Car-sharing companies are also under increasing competitive pressure from other mobility services, including bike-sharing and ride-hailing companies like Uber and Lyft. Car-sharing membership actually fell for the first time in the U.S., 4% to 1.18 million people, between January 2014 and January 2015—possibly because of increasing mobility services, according to Susan Shaheen, professor and co-director of the Transportation Sustainability Research Center at University of California, Berkeley.

As of January 2015, ride-hailing services were offered in 126 metropolitan areas and public bike-sharing was available in 54 regions in the U.S., according to Shaheen.

In San Francisco, car-sharing companies must compete with a large variety of transportation options as well as fit within the confines of the city’s parking regulations.

Every organization that participates in San Francisco’s on-street car-sharing parking program is eligible for 150 parking spaces—or about 0.05% of the city’s total on-street parking supply, according to Shaheen.

Locations are allocated through an application process that includes an engineering review, community outreach, and, ultimately, approval by the San Francisco Municipal Transportation Authority. Each approved car-sharing vehicle receives a special parking permit that exempts it from street sweeping, time limits, and other restrictions. Zipcar, City CarShare, and Getaround are the three organizations that have been allocated parking spaces for car-sharing in San Francisco.

Here’s the hitch: These spaces can’t be used for flexible or one-way car-sharing. The city policy provides parking permits only to round-trip and peer-to-peer car-sharing services, Shaheen says.

DriveNow found little success with a station-to-station model, which requires the driver to drop a vehicle at a specific spot. DriveNow had stations only in certain neighborhoods, which limited drivers from accessing the whole city. For instance, drivers could travel between the Potrero Hill and Mission Bay neighborhoods, but they couldn’t go to Nob Hill.

The company’s airport solution, which let drivers go from one of its stations to the airport, was popular. However, even that was problematic.

“It was a good financial offer and very convenient, so we had a lot of success with that, but it wasn’t a sustainable solution because we had balancing issues,” says Steinberg. “We had a lot of cars on Friday afternoon and not enough on Monday mornings.”

Adding to the complexity was DriveNow’s decision to deploy only electric vehicles. It began with 70 BMW Active EV vehicles at eight station locations, and later switched to the extended-range BMW i3, which has a small gas-powered motor that charges the battery and doubles the range to about 160 miles. In other cities, the company has a mix of electric, gas, and diesel-powered cars.

DriveNow’s future in the U.S.

Steinberg says DriveNow has faith in the U.S. market. Peter Schwarzenbauer, a board member of BMW who is responsible for mobility services, has given DriveNow a target to launch in 10 cities in North America in the next two years, Steinberg says.

“We really need a classic free-floating model, where any use case makes sense, and that’s what works in European cities,” Steinberg says.

For DriveNow, that means targeting U.S. cities that have regulations already in place that support its free-floating model. Seattle, San Diego, and Denver are all possible expansion sites. DriveNow will announce expansion plans in the first quarter of 2016.

The company will also deploy fleets of cars powered by a mix of electric and gas.