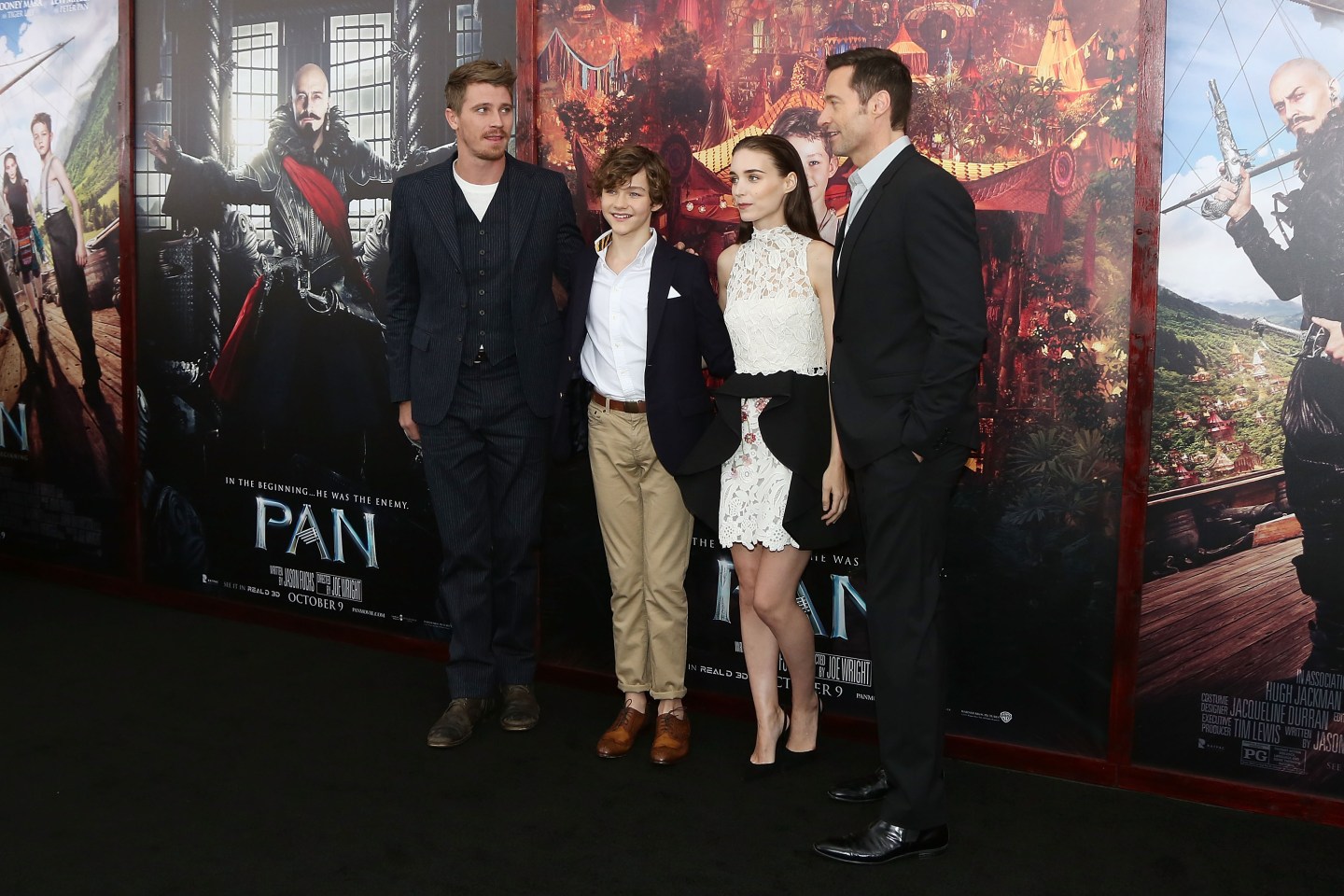 The movie Pan, which tells the origin story of the mythical boy who never grows up, flopped in its opening weekend at the box office, pulling in a meager $15.5 million in domestic ticket sales, according to Rentrak estimates. The film, which cost an estimated $150 million to make, faced relatively low expectations but was still expected to make at least $20 million in its first weekend.

Pan didn’t fare much better overseas either, banking $20.5 million at the international box office over the weekend. The movie placed third in box office revenue for the weekend, falling behind fellow family film Hotel Transylvania 2 and sci-fi blockbuster The Martian, which held onto the top spot with $37 million in domestic box office sales in its second weekend in theaters.

Any excitement over Pan — which stars big name actors like Hugh Jackman and Rooney Mara — likely dissipated after studio Warner Bros. (TWX) pushed back its release from a more blockbuster-friendly July date to a time of the year when most studios are more focused on rolling out their prestige entries for the annual Oscar race. Pan’s poor critical reception (it has just a 25% rating on Rotten Tomatoes) and its inability to beat out Hotel Transylvania 2 in the family-friendly category, have the film on track to be the latest major flop of 2015.

An argument could even be made for Pan having had the most disappointing opening of any film this year. Other contenders for that title would have to include Fox’s (FOX) Fantastic Four reboot, which featured a reported $120 million budget, but was plagued by production problems and went on to gross only $56 million domestically, including $25.6 million in its opening weekend, according to Box Office Mojo. Walt Disney’s (DIS) Tomorrowland was another huge disappointment, costing the “Mouse House” nearly $200 million to produce before flopping to a $33 million opening (the film did manage to eventually make $208 million worldwide).

Pan’s budget puts it right between those two failed blockbusters and the Warner Bros. movie came up well short of even their disappointing opening weekend figures, which means the Peter Pan origin story will really have to learn how to fly soon if the studio is going to be able to avoid taking a major loss on the film.