Airports want to be your next vacation destination 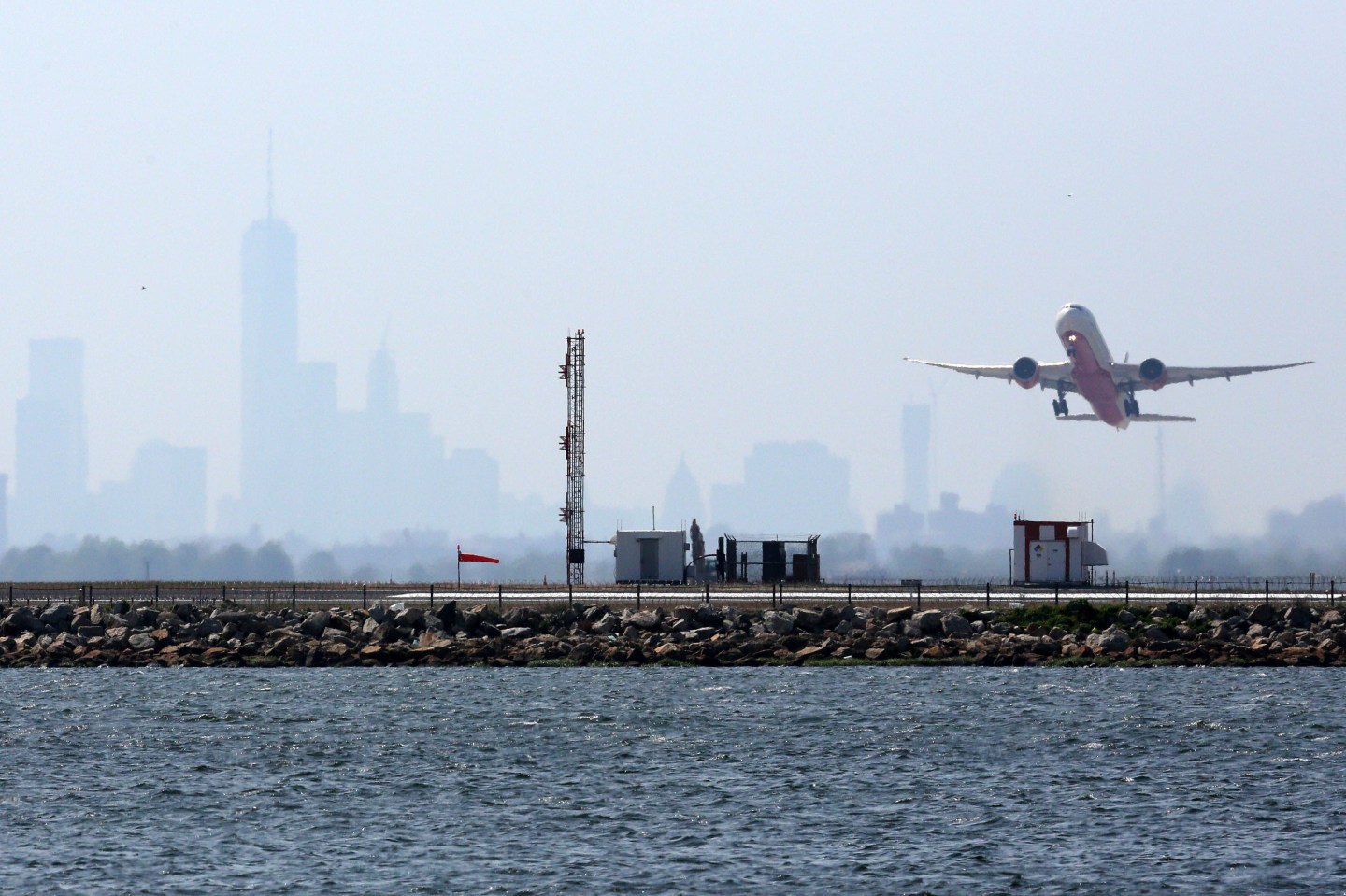 An aircraft takes off from New York's John F. Kennedy Airport against a hazy backdrop of the city skyline, May 25, 2015, after US warplanes were scrambled to escort an Air France passenger jet flying from Paris to New York, officials said, following one of several threats against commercial aircraft which proved to be unfounded. Flight AF022 landed at JFK airport without incident after being escorted to land by two F-15 fighter jets ordered to accompany the aircraft as a precaution by NORAD, the joint US-Canadian monitoring force. The FBI said in a statement the plane was searched upon landing and the threat had turned out to be false. AFP PHOTO/ TREVOR COLLENS (Photo credit should read TREVOR COLLENS/AFP/Getty Images)
Photograph by Trevor Collens — AFP/Getty Images

Airports around the country seem to think you’d like to spend even more times on their premises.

In the past year or so, five airports have announced plans to build their own hotel complexes in an effort to transform themselves from travel hubs into standalone destinations, reports the New York Times.

There’s demand for lodging in close proximity to airports. The Times reports that for the 12-month period that ended in August, vacancy rates at hotels that are close to airports have an occupancy rate of 75%, second only to hotels in urban areas. The on-site hotels will allow airlines to more cheaply accommodate stranded passengers, but airports also expect their new hotels to appeal to travelers who would rather be close to an air travel hub than a city center.

These projects are not without their hurdles. The Federal Aviation Administration must okay the plans to ensure a complex’s location, height, and, in some instances, building materials, meet its requirements.