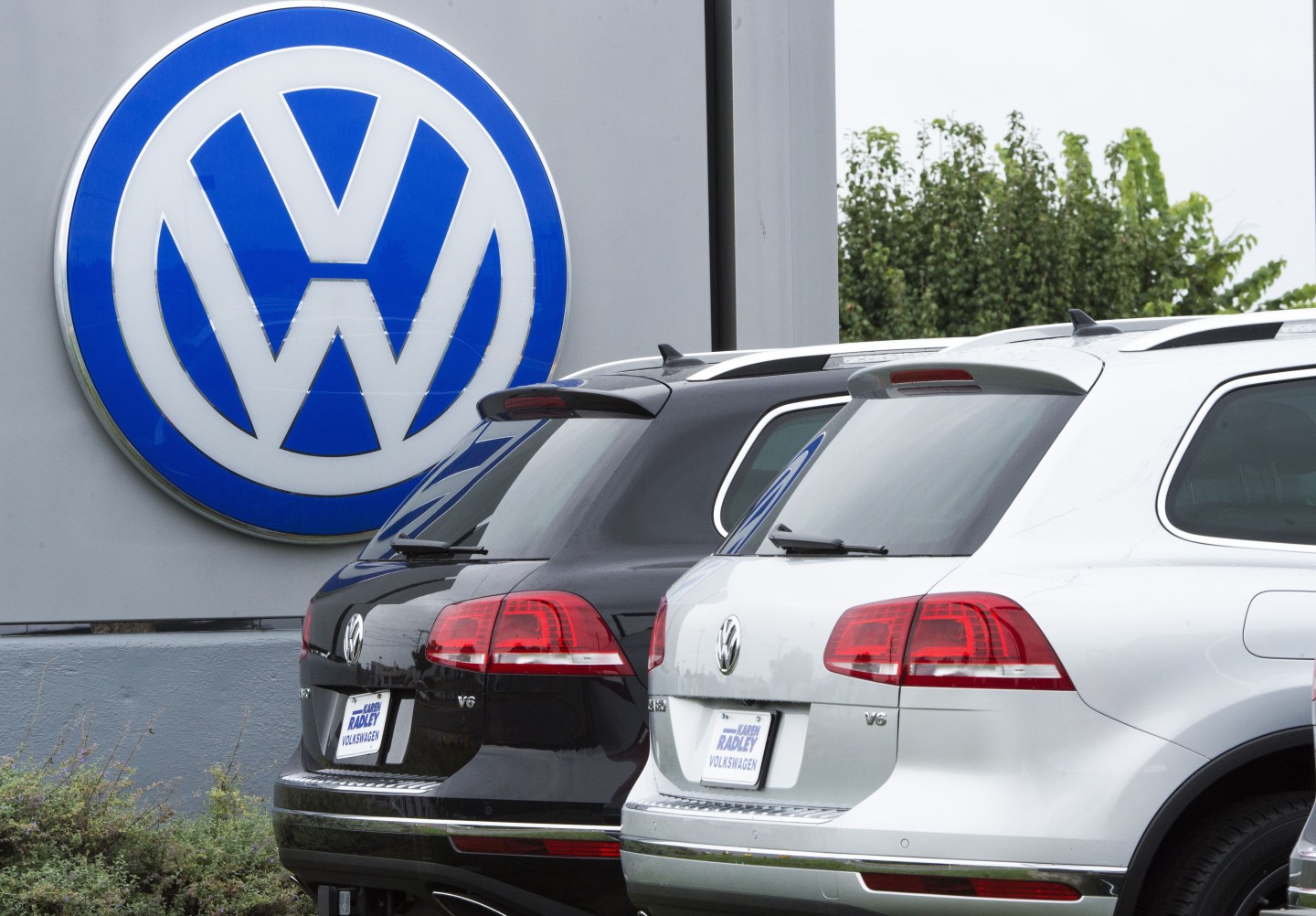 After the news broke last month that Volkswagen misled regulators and consumers about the eco-friendliness of its vehicles, a lot of people voiced their outrage, from environmental advocates to investors to law enforcement agencies across the world.

Now, owners of the disgraced Volkswagen cars are making sure their fellow drivers have a way to express their frustration too—while also trying to profit off the anger of others.

A new website called VWsham.com is selling magnetic bumper stickers bearing anti-VW slogans, such as “Another VW? No tanks,” “VW took me for a ride,” and “VW. German for FU.” Each magnet costs $7.50, with 5% of sales going to the International Council for Clean Transportation, according to the site.

The people behind the site describe themselves as the owners of two diesel-engine Volkswagens—a 2009 VW Jetta, and a 2014 VW Passat—who were formerly “very satisfied” with their chosen wheels. But that all changed after the scandal: “You thought you bought a ‘clean diesel’ only to find out it was a SHAM,” they explain on the site’s homepage.

“Aside from being pissed off, we feel ashamed of the cars we drive. We want to let other people know to know how angry we are as a result of VW’s sham,” the site’s authors continue, urging other duped VW drivers to, “Display one of our quality car magnets and let everyone know you’re more pissed off than they are!”

A spokesperson for Volkswagen’s American subsidiary told Fortune that the company would take a look at the website. In Congressional testimony Thursday, Michael Horn, the head of Volkswagen’s America division, acknowledged that the company had “broken the trust of our customers,” among other parties. “Our immediate goal is to develop a remedy for our customers,” he said.

For more on the Volkswagen scandal, watch this video: