How big data can take the pain out of performance reviews 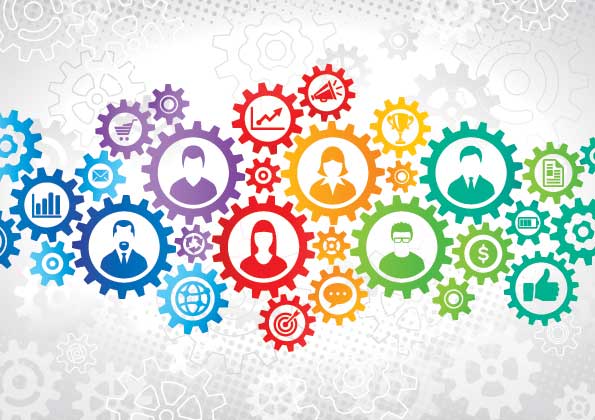 The big bad annual performance review is getting a 21st century makeover. A growing number of large and influential companies are ditching their old and much-hated annual reviews and employee engagement surveys and are replacing them with a more flexible, “rolling” system. Soon, employees will be able to give and receive feedback anytime throughout the year on a variety of issues. The new surveys would be shorter and much more targeted than the hellish behemoth of yesteryear, while being optimized for smartphones, a medium more attuned to the lifestyle of today’s young and mobile workforce.

“You know the world is no longer working in year-long cycles, so to set objectives at the beginning of the year and revisit them at the end of the year simply to see how people are doing is not really relevant any longer,” Ellyn Shook, the head of human resources at Accenture (ACN), tells Fortune. “Doing away with the annual review cycle really makes sense for us when you consider that two-thirds of our employees are millennials, who are used to giving and receiving constant feedback in their daily lives, whether it be through Instagram likes or writing and reading reviews on Amazon.”

But this 21st century makeover could easily fall victim to a very 21st century problem—big data overload. Vital clues about employee retention or morale could easily get lost in a constant deluge of information as bottlenecks could push requests, demands, and concerns into absurdly long data queues. The subsequent delayed responses from a company would cancel out many of the benefits gained by ditching the annual review process in the first place.

Some companies seem better prepared than others. Accenture says it is ready to deal with anything that comes its way thanks to a mix of experience, manpower, and technology. The company has assigned a team of data scientists and programmers to work exclusively with Shook and her HR team, allowing them to slice and dice employee data quickly and in house. Accenture has also changed its employee engagement surveys so that they’re all done at the team level. Shook says this ensures that any employee concerns or issues would be handled quickly and efficiently.

But Accenture seems to be the exception that proves that the big data problem is real. After all, few HR departments can call on their own dedicated team of data scientists and programmers to help them sift through and interpret employee data. So how will the vast majority of companies handle this information deluge?

A new crop of tech companies has sprung up, each one claiming it holds the solution to this incoming HR big data nightmare. Kanjoya, a Silicon Valley-based startup, has proposed one of the more unique and insightful solutions. The company has built a sophisticated computer program called “Perception.” Kanjoya claims the program can interpret the intent and the emotions behind written text, which allows companies to quickly analyze thousands of written employee responses in seconds instead of days and at a fraction of the cost of traditional methods.

Kanjoya claims that Perception is also more accurate and trustworthy than a human, since the program is able to filter out unconscious bias by replacing gut feelings and unsubstantiated assumptions to get to what it believes is the “true meaning” behind what a person is trying to say.

“A key problem with gathering and analyzing employee data is that people are irrational and biased,” Armen Berjikly, the founder and CEO of Kanjoya, tells Fortune. “They don’t do what they say they are going to do, they don’t say what they really mean, they favor certain employees over others, and this seemingly mysterious behavior can destroy an otherwise healthy business.”

One of the more powerful functions of Perception is its ability to aggregate large sets of written data, which can point to patterns that would have otherwise gone unnoticed by most humans. For example, in analyzing performance reviews, Moritz Sudhof, Kanjoya’s chief data scientist, tells Fortune that Perception has been programmed to recognize that when a supervisor repeatedly uses the word “good” in a review to describe an employee, that should actually be interpreted as a negative, not positive, signal.

“They are actually just being polite and setting the whole thing up for one or two poignant and biting criticisms,” Sudhof says. “The use of superlatives like ‘great’ or ‘outstanding’ are much better signals of a good evaluation.”

Perception can also sort a company’s data by gender and ethnicity, and Kanjoya says that can give HR professionals unique insights into how certain minority groups are treated on a wide-range of hot-button issues, such as promotions, job security, and hiring practices.

“You have, usually a woman, who stands up and says, ‘I think this organization has bias,’ but without any data, that person is just a lone wolf,” Berjikly says. “Our engagement solution pinpoints organizational deficiencies that are holding women back and allows us to make recommendations for positive organizational changes that will help empower and retain women.”

Perception is able to interpret and analyze all this information thanks to Kanjoya’s Natural Language Processing models, which the company developed through its analysis of over 15 million personal stories shared anonymously on a website called The Experience Project. Berjikly, who started the website in 2006, studied the database looking for patterns linking emotions and words. Kajoya’s models can now decipher 135 emotions and themes, giving companies a unique look inside the mind of their employees, something Berjikly claims is the “ultimate goal” for employers.

To be sure, it is still early days for Kanjoya. The company claims Perception can accurately predict emotions, but says it doesn’t always get it right. For example, when it comes to sarcasm, the program can get confused, which could lead to some erroneous results.

“Sarcasm is probably the No. 1 hardest problem in natural language, partly because it is not a natural language problem,” Sudhof says. “Whether somebody thinks something is sarcastic completely depends on the hearer and the hearer’s interpretation of who the speaker is, so it is therefore impossible to accurately detect sarcasm from a purely language perspective.”

Berjikly says some companies are experiencing accuracy rates as high as 95%, but he acknowledges that the overall accuracy rate is much lower. And while Kanjoya’s team is proud and thinks very highly of Perception, they also realize it has its limitations.

“Anybody who says that there’s a machine out there that can make complex decisions, like hiring and firing of employees, would be lying to you,” Sudhof says. “We don’t do that, we don’t have advocate for that, and we don’t think that machines are capable of doing that.”

Customers who have used Perception have great things to say about it. Early adopters include fellow tech startups like Zendesk (ZEN), Silicon Valley giants like Intel (INTC) and eBay (EBAY), and Wall Street titans like JP Morgan (JPM). Twitter (TWTR) uses Kanjoya to make sense of what it calls “large open-ended qualitative datasets,” in an effort to “better understand its employees,” Shane McCauley, director of people systems and analytics at Twitter, told Fortune in an emailed statement. McCauley went on to say that this level of analysis had been, “prohibitively arduous” in the past, but that Kanjoya finally made it possible.