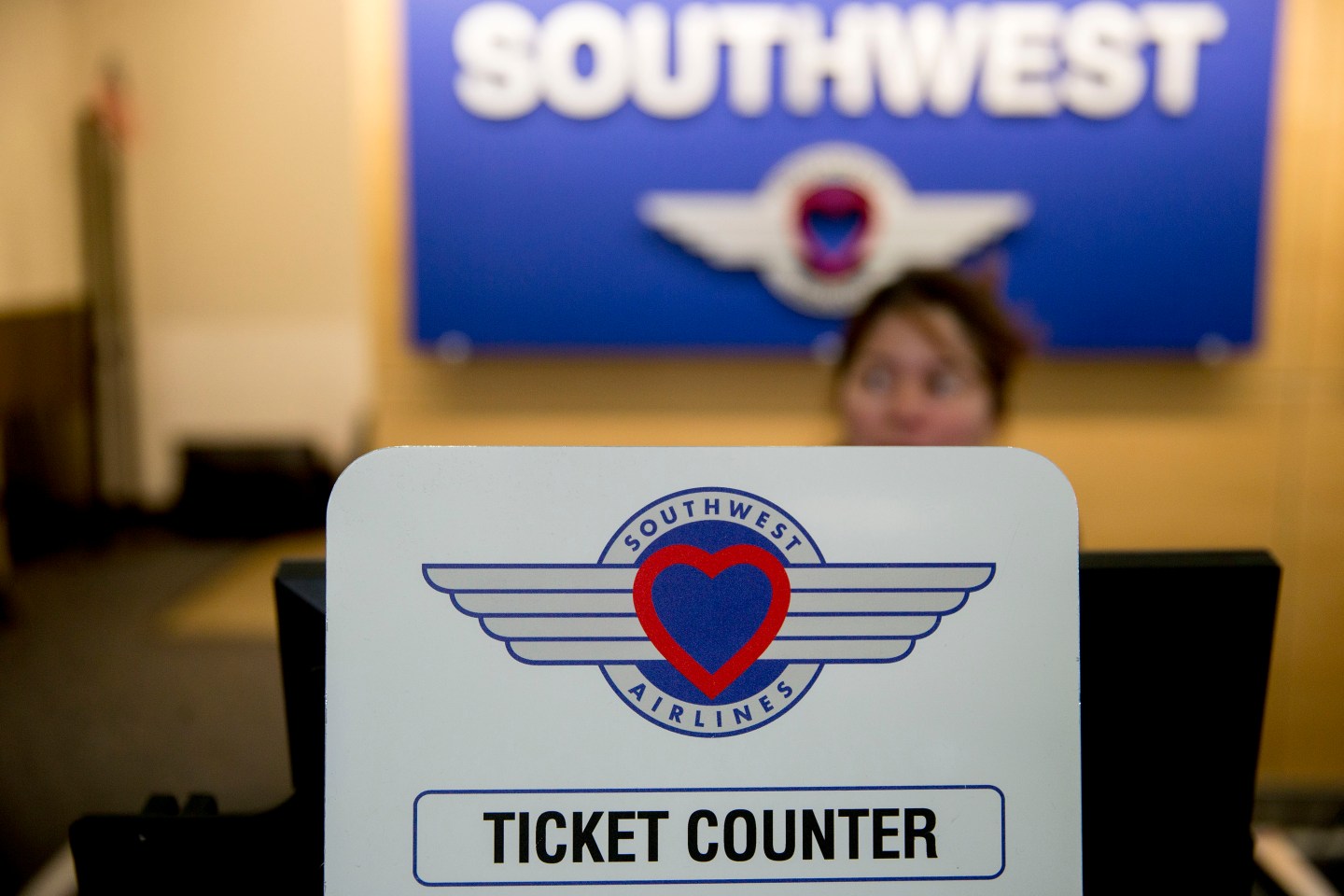 An attendant stands behind a ticket counter sign at the Southwest Airlines check-in counter at Ronald Reagan National Airport in Washington, D.C.
Photograph by Andrew Harrer—Bloomberg via Getty Images

Southwest Airlines is launching a barrage of new ads that will showcase their no-fee-good story, pitting themselves against other rival airlines’ penchant for additional hidden fees.

The ad campaign, titled “Transfarency,” will see a television, print and digital roll-out, with the TV commercial debuting Thursday night during the Texas Rangers’ MLB playoff game. Ads will also run during NFL Football games. In the ad, the narrator asks, “”When did paying for airfare become so unfair? At Southwest, we do things differently, so differently we invented a word for it — ‘transfarency.’ Transfarency means we don’t dream up ways we can trick you into paying more.”

The campaign includes a dedicated microsite that showcases the baggage and flight change fees of other U.S. carriers, helps flyers escape paying extras during their trips, and a “Fee or Fake” quiz that helps flyers spot various supposed-arbitrary airline fees.

“Being a low-fare airline is at the heart of our brand, and the foundation of our business model, so we’re not going to nickel and dime our customers,” said Kevin Krone, Southwest’s Vice President and Chief Marketing Officer, in a statement.

The campaign arrives at a time when the U.S. aviation industry is seeing record revenues arising from checked baggage and reservation change fees, the very tagged-on price-tag that Southwest has done away with. Airlines made $1.6 billion from baggage fees in the first quarter of this year alone, the highest amount for a first quarter since bag fees were introduced in 2008.

Fees have been increasing at a rapid rate in the last few years. According to data compiled by the Bureau of Transportation Statistics, revenues from baggage fees alone have gone up by a staggering 207% in the last 6 years, with revenues from reservation-related fees up by 79%:

In a report earlier this year, airlines were found to have collected a total of $38 billion in ancillary fees. That figure caused the Senate Commerce Committee to issue its own damning study and purposeful statements on reversing the proliferation of hidden fees. Incidentally, Southwest was found to have reaped $1.8 billion from ancillary fees as well, though the study by IdeaWorks also includes earnings from loyalty programs.

Despite being the only airline left to give flyers free checked bags, Southwest has managed to balance its revenues and expenses. As detailed in our story on the airline this year, for the six-month period ending June 30, 2015, Southwest posted an operating margin of 19.6%, and has done it by maintaining a 25% advantage in costs over the network carriers.

For more on Southwest, check out the following Fortune video: