Pattie Sellers: Women are more than 100 years away from parity in the C-suite 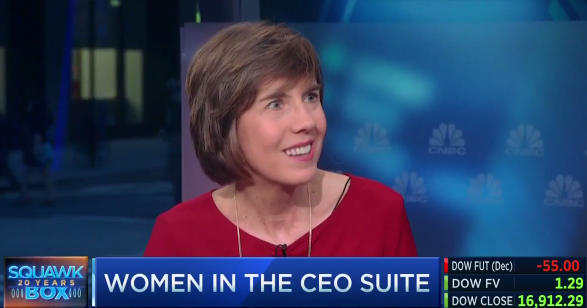 In a recent op-ed in the Wall Street Journal, </em> Facebook (FB) COO Sheryl Sandberg wrote, “At the current pace of progress, we are more than 100 years away from gender equality in the C-suite.” But Fortune assistant managing editor Pattie Sellers, who has spearheaded Fortune Most Powerful Women for the past 17 years, believes that it will take even longer.

“When we started the Most Powerful Women list in 1998, there were two female Fortune 500 CEOs. Today, there are 23—less than 5%,” Sellers told Becky Quick, co-anchor of CNBC‘s Squawk Box, on Wednesday. But that number will soon become even lower, Sellers pointed out. “In the last few days, with [DuPont CEO] Ellen Kullman announcing she’s leaving DuPont, and yesterday with Carol Meyrowitz, the CEO of TJX [disclosing plans to trade that job for a chairman role]…there will be 21 female Fortune 500 CEOs. That’s pathetic,” she said.

The reason there aren’t more women at the top? A fundamental difference in how they define power, explained Sellers. “Women tend to think about power horizontally—they are much less interested in climbing the ladder—and they drop out,” she said. Even though women are graduating from colleges at greater rates than men, “women are making different choices.”

And yes, Sellers confirmed: There are also still glass ceilings that exist for women, “despite what Carly Fiorina says.”

Watch the Fortune Most Powerful Women Summit live on Fortune.com next Monday at 7 p.m. ET through Wednesday at 11:30 a.m. ET. Here is the full lineup of who’s speaking and when.